Emerging markets are gradually finding favor with investors after bouncing back from tough times, but areas of caution remain.

Emerging markets are gradually finding favor with investors after bouncing back from tough times. The reasons underscoring the increase in investor appetite include improved prospects for global central banks’ liquidity, the dovish shift in the Federal Reserve’s strategy and signs of progress in trade negotiations between the U.S. and China. The rebound in equity and fixed income has somewhat closed the valuation gap, but not exhausted it. In fact, according to our forecasts, emerging markets equities and bonds are among the asset classes that should deliver the highest return potential for investors in the next five years, with performances in line or even above those experienced over the past five years.

However, while emerging markets assets face a brighter outlook, some areas of caution remain, notably on the geopolitical front with impending tariffs and upcoming elections. Investors’ attitudes toward emerging markets are ever-changing and the ability to understand liquidity dynamics both at the macro and micro market level is key in assessing EM opportunities.

Though the threat of excessive tightening in macro liquidity seems to be fading, thorough assessment of micro liquidity continues to be paramount. Micro liquidity is a multidimensional concept that typically refers to investor ability to execute large orders with limited price impact and is associated with immediacy and low cost of execution. This type of liquidity does depend on supply/demand dynamics, but ultimately is a proxy for risk-on or risk-off sentiment and investor confidence in the market’s ability to secure trading. Hence, micro liquidity is highly relevant in a late phase of the cycle when market sentiment can switch rapidly to greed from fear, which in turn drives appetite for emerging markets assets. 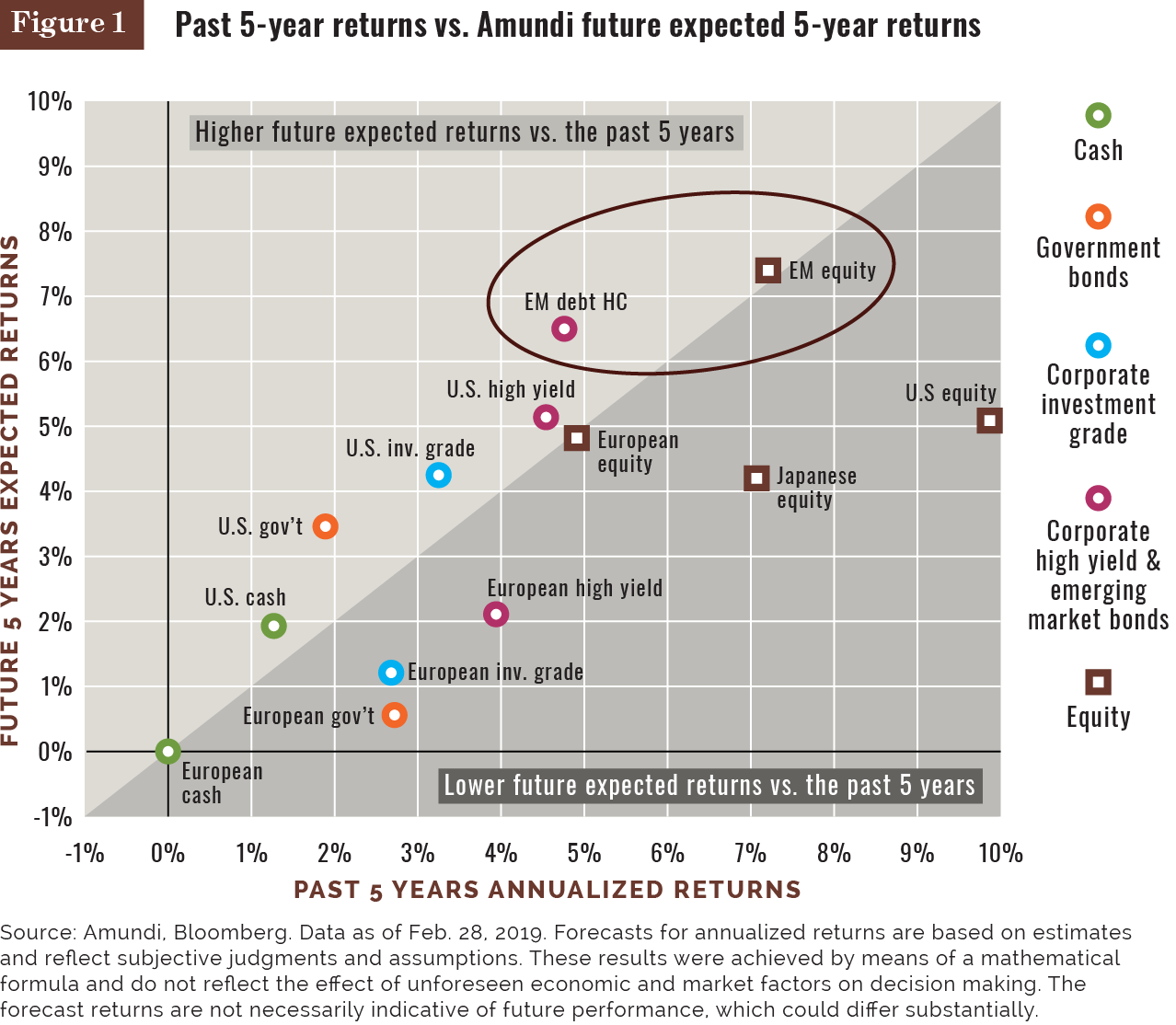 It is important to remember that when it comes to developed and emerging markets, often it is a tale of two liquidities. Developed market liquidity is overall fine (with some challenges in the credit space), but emerging markets liquidity has been shrinking over the last year, especially in the fixed-income space. Although electronic trading for emerging markets bonds is becoming commonplace, most tickets being traded on such platforms are for smaller-sized orders. The only efficient approach from a trading perspective is to access liquidity from all available sources ensuring the best mix of connectivity to liquidity venues and relationships with counterparties to guarantee as many liquidity touch points as possible.

From a portfolio construction viewpoint, investors should also consider micro liquidity when assessing whether they are adequately compensated for liquidity risk — the trade-off between performance and liquidity. Usually, lower liquidity drives higher return potential over a long-term horizon (all other factors being equal), while a high liquidity buffer can be seen as detrimental to future performance. Yet, a complication arises when liquidity dries up, causing the price of liquidity (liquidity premium) to increase, and consequently returns on certain assets facing temporary liquidity issues can deteriorate before they improve. In addition, investors should also bear in mind that the liquidity picture for emerging markets is varied, with some areas of vulnerability and some more liquid domestic markets. Liquidity assessment in emerging markets is therefore particularly relevant, as these economies remain mostly dependent on foreign investment, hence any tightening in financial conditions (which occurred in 2018 with the strong U.S. dollar) could result in idiosyncratic areas of stress and deterioration in market liquidity.

Poor market liquidity could in these instances further exacerbate the repricing, with spillover effects being experienced across other emerging market countries eventually leading to areas of opportunity, thanks to an appealing liquidity premium. Yet, we note that some countries appear more solid in terms of market liquidity, as they have benefited from the development of their domestic investors’ bases, for example, Malaysia, Chile and South Africa, which have more developed domestic investor bases. For these countries, the presence of a broader local institutional investor base could help to counterbalance international flows during a liquidity crisis. It is also important to notice that more liquid spaces could be used as proxies for adjusting the overall emerging markets exposure in times of stress (this is the case, for instance, of Mexico, due to its high liquidity) and hence be subject to possible excessive repricing. Again, this can also be an opportunity for other investors able to redeploy capital during a phase of liquidity shrinkage.

Looking ahead, we believe that most appealing emerging market opportunities can be found in the local currency bond markets, as most of the emerging markets currencies are undervalued, but with potentially higher volatility compared to the hard currency space, as currencies are often the first instrument, being highly liquid, to adapt to changes in market sentiment. In emerging markets equities, the most attractive stories can be found in China and Asia looking at a combination of valuations and exposure to domestic growth, and in Latin America with a focus on reforms and resilient growth stories.

The further advanced the cycle, the more financial markets start to discount the risk of a recession, and market sentiment becomes increasingly fragile. Consequently, episodes of risk-on/risk-off reversal look progressively likely, especially as geopolitical uncertainty remains high. This in turn could open up attractive opportunities for patient long-term investors able to sustain some higher volatility and liquidity risk.

Pascal Blanque is chief investment officer of Amundi, Paris. This content represents the views of the author. It was submitted and edited under Pensions & Investments guidelines, but is not a product of P&I’s editorial team.

3 Highest-Growth Stocks in the Market Today

Are You Rich and Don’t Even Know It?