The stock rose more than 10% in early trading Tuesday after beating earnings and topping sales estimates for its first quarter. That move also pushed Twitter out of bear market territory, now less than 20% off its 52-week high.

Matt Maley, equity strategist at Miller Tabak, said that Twitter still looks like the social stock with the most upside even with Tuesday’s surge.

“Even though Snap and Facebook have seen a series of nice higher highs and higher lows, they’re getting very extended and very overbought,” Maley said.

Facebook has added nearly 40% this year, while Snap has rocketed 117% higher, compared with Twitter’s 35% gain.

Twitter has “been stuck in a sideways range for six months now and you really have to go back to June before it was really rallying in any significant way,” Maley said Monday on CNBC’s “Trading Nation.”

Twitter had ping-ponged in a tight range between roughly $26 and $35. It had not traded above that level since mid-2018 until Tuesday when it broke out above $38. 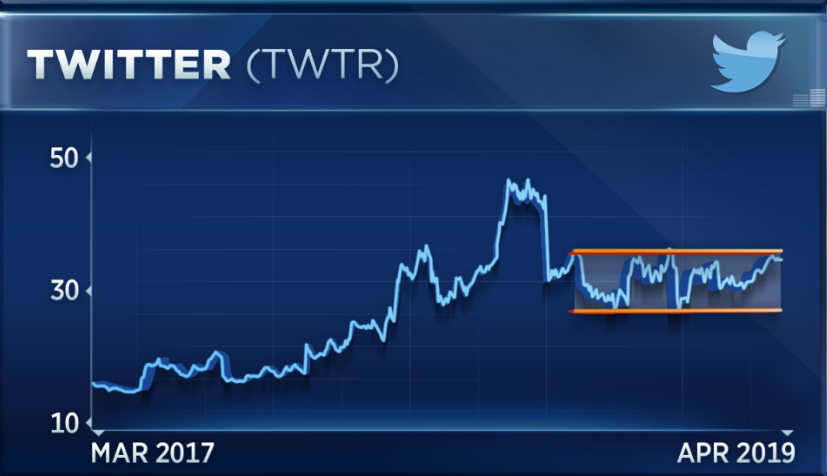 It now needs to hold that level through to the close, said Maley.

Twitter led the XLC communications services sector ETF higher Tuesday. The ETF has added 20% in 2019, outpacing the 16% gain of the S&P 500.

“We would avoid this altogether,” Morganlander said on “Trading Nation” on Monday. “In fact, because of the concentration risk about 40% of this sector is based off of two companies and the other top 10, it’s basically 70%.”

Alphabet has the largest weighting in the XLC, contributing 24%, and Facebook chases with a 19% weighting. The next three components – Disney, Comcast and Netflix, contribute more than 15%.

“Our viewpoint is that the social media companies as well as some of the search companies are stretched at this inflection point,” said Morganlander.

Disclosure:
Comast owns CNBC parent NBCUniversal, which is an investor in Snap
.

3 strategies to play a market running out of steam

What You Need To Know About Capital Gains And Taxes

6 Key Things About Albemarle’s Lithium Business and Outlook That Investors...

How Foreigners Can Open Savings Accounts in the U.S.