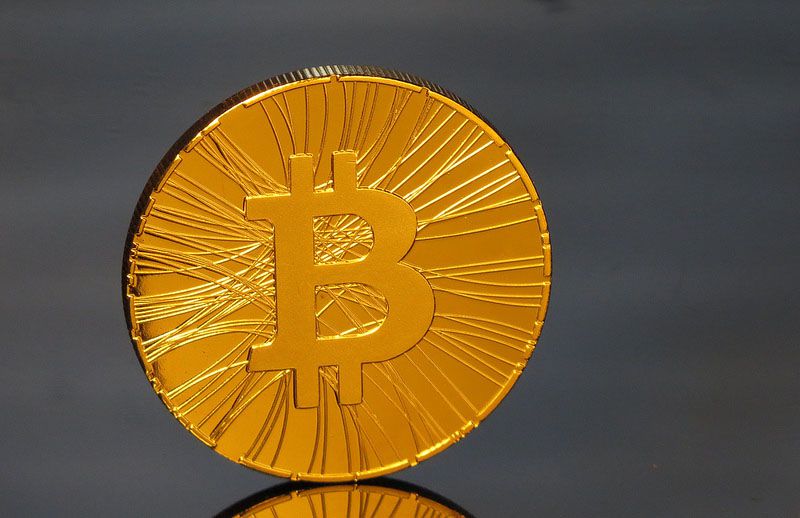 Bitcoin, the world’s largest cryptocurrency by market cap, has managed to stage a major comeback in the recent months, flirting with new highs after rising about 40% in the past two months. Yet some market watchers warn that various sell signals indicate that the digital coin is poised for major declines. That would be a big setback for the virtual currency as it stands more than 70% below its price before the frenzied market crashed.

These technical indicators are flashing warning signs just as a scandal shakes the fragile credibility of the industry, related to a big player that has allegedly hid almost $1 billion in losses, as outlined by several detailed stories in Bloomberg outlined below.

The biggest bearish news comes from the GTI Vera Convergence Divergence indicator, used to signal trend reversals, which sent its first sell signal since March. Meanwhile, Bitcoin reached the 61.8% Fibonacci resistance level and then moved lower, which historically marks support and resistance points. Fibonacci analysis is based on the theory that prices fluctuate by certain specific amounts after reaching historical high points and low points.

Some investors are less bearish than the indicators. “When Bitcoin jumped significantly a few weeks ago, the volume was big enough to push up through major resistance levels into a potentially new trading range,” said George McDonaugh, chief executive officer at London-based blockchain investment company KR1 Plc. “Current movements are natural market cycles within a trading range and it’s just the market searching out the lower bounds.” He noted that the cryptocurrency market is facing some near-term uncertainty.

Last week, the New York attorney general accused the operators of the Tether stablecoin and the Bitfinex exchange of concealing major losses from client and corporate funds, as reported by Bloomberg. Multi-million dollar accounts were reportedly safe, with many held by custodian banks in New York. But many smaller investors apparently were not fully protected and saw their funds sent to firms around the world. Following the news, cryptocurrencies tracked by CoinMarketCap.com saw $10 billion wiped from their market values collectively in just an hour.

Mati Greenspan, senior market analyst in London at eToro, wrote Bloomberg an email indicating that the news of giant client losses is positive for Bitcoin. “The Tether debate does seem to have some people nervous, but not about Bitcoin…The most likely reaction would be for investors to swap their Tether for Bitcoin,” he said.

Bitcoin Hits Three-Week Low as Coronavirus Spreads to Europe, US

The Charlotte housing market sees some improvement at last

Make Ex-Dividends Work for You