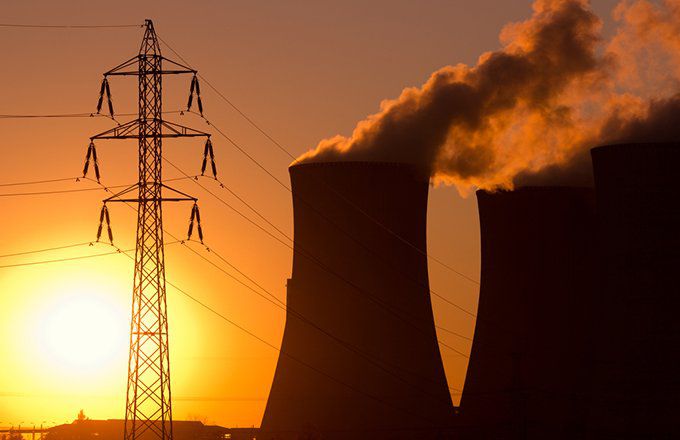 A historical accord, or a historical mistake? Depends on whom you ask, and what they had at stake. After months of preparation, two weeks of final intensive discussions in Vienna and with eight parties involved, the final result was an agreement with five annexes. The Iran Nuclear Deal made headlines across the globe as a landmark historical agreement between extreme opponents.

The deal laid out a lengthy process spanning over 15-25 years that would be supervised by an eight-member committee, including Iran, the United States of America, Britain, France, Germany, Russia, China and the European Union.

In a nutshell, the agreed-upon nuclear deal aimed at limiting Iran’s ability to produce a nuclear weapon, in exchange for the removal of various sanctions imposed on it internationally. However, the deal got a significant shake-up under U.S. President Donald Trump, who on May 8, 2018, announced that the U.S. would be pulling out of the deal and issuing fresh sanctions against Iran.

Based on the revelations of an Iranian exile group in 2002, Iran was suspected to have nuclear facilities. Following inspections by the International Atomic Energy Agency (IAEA) and subsequent discoveries, Iran continued to proceed with nuclear developments despite international opposition. In 2006, the United Nations imposed sanctions on Iran, which were followed by similar actions from the U.S. and the EU. Bitter confrontations then broke out between Iran and the world powers.

These sanctions – primarily on Iran’s oil business, weapons sales and financial transactions – had severely hurt Iran’s economy. As one of the largest producers of crude oil, prices went through a volatile period as the outcome was largely unknown.

The deal was negotiated between Iran and a group of counterparts that included the US, Russia, Britain, Germany, France, China and the EU.

The supporters of the nuclear deal affirm benefits, which include the best-possible guarantee from Iran that it will refrain from producing a nuclear arsenal. It was, at the time, an important step toward establishing peace in the Middle East region, particularly in the context of ISIS and the role of oil in Middle East economies.

Under the deal, Tehran would reduce the number of centrifuges to 5,000 at the Natanz uranium plant – half the current number. Nationwide, the number of centrifuges would reduce from 19,000 to 6,000. The enrichment levels would be brought down to 3.7%, which was much lower than the 90% needed to make a bomb. The stockpile for the low-enrichment uranium would be capped to 300 kilograms for the next 15 years, down from the present 10,000 kilograms.

All these measures served to restrict Iran’s capability to make a nuclear bomb and would ensure nuclear power usage is limited to civilian use only.

Next Steps and Timeline

As the deal was finalized, a UN Security Council resolution was agreed upon.

By August 15, 2015, Iran would submit written responses to the questions raised by the International Atomic Energy Agency (IAEA), about its nuclear program and developments. Additionally, it allowed monitoring of its facilities by IAEA inspectors on or before October 15, 2015.

First, the oil embargo that prevented the import of oil from Iran was removed, which was not without its effects. The U.S. and EU lifted oil and trade-related sanctions. Foreign companies began to purchase oil from Iran, US companies located outside the U.S. were authorized to trade with Iran, and imports of selected items from Iran were permitted, which had a particular effect on international business.

Simultaneously, sanctions on Iran’s banking and financial systems were dropped. It enabled the immediate release of around $100 billion currently lying frozen in Iranian bank accounts overseas.

Some of the main challenges faced by Iran during the sanction period were Iran’s shrinking GDP, high inflation (between 50% to 70% in 2013), and the nation being cut-off from world economic systems. All such economic challenges drastically improved after the agreement.

Lifting sanctions would allow the movement of huge supplies of oil from Iran, which was thought to be sitting on large stockpiles due to years of imposed sanctions. International oil companies like France’s Total and Norway’s Statoil operated in Iran for years before sanctions were imposed, changing the tide for those countries and other top oil producers in the world.

European car manufacturers like Peugeot and Volkswagen were market leaders in Iran prior to the sanctions.

Although a few sectors like auto, oil, and infrastructure had significant interest from foreign companies in the pre-sanction era, the reality was that foreign businesses had limited presence in Iran since the 1979 Revolution. In essence, the Iranian markets had remained largely unexplored by international businesses across many other industry sectors.

Former U.S. President Barack Obama claimed that the deal would make the U.S. and the world a safer place. However, concerns remained.

Challenges included administrating and monitoring the atomic facilities and developments in Iran. Complete awareness was required about the existing labs, establishments, underground sites, research centers, and military bases associated with nuclear developments. Though Iran agreed to provide the IAEA higher levels of information and deeper levels of access to all nuclear programs and facilities in the country, the picture remained murky.

The deal, although welcomed by a larger group of nations across the globe, also had opposition from a few prominent world leaders. Israeli leader Netanyahu said the deal “paves Iran’s path to the bomb.” His vehement opposition to the deal came on the basis of Iran’s history of being a nuclear-capable challenge for the Middle East region.

Additionally, Netanyahu said the deal was a platform to fund and nurture a nuclear-capable, religious-extremist country, saying a strengthened Iran could hinder peace and security in the region.

After the election of President Trump in November 2016, proponents of the deal feared the agreement, which they saw as a win for world peace, would be back on the table. And in October 2017, their fears were confirmed.

Trump announced that he would decertify the deal. What did this mean? Under the terms, the U.S. President was required to sign off on the deal every 90 days, which he announced he would not do, accusing Iran of sponsoring terrorism. Trump has also said that he would deny Iran “all paths to a nuclear weapon.”

Not surprisingly, Trump’s decision was met with instant condemnation. The European Union foreign policy chief, Federica Mogherini, was the first to weigh in saying the deal was “robust” and said there had been “no violations of any of the commitments in the agreement.”

After Trump’s decision, Congress had 60 days from that time to reinforce sanctions, and given the hostility within the Republican party, an agreement to reinstate appeared possible.

The pros and cons of such a landmark deal were and will continue to be debated. Most views, claims, and allegations are often politically tuned. For now, the majority across the globe appears to be positive about the Iran nuclear deal. However, after President Trump decertified the agreement the future became murkier.

10 Mistakes to Avoid When Divorcing Over 50

What is the difference between a copay and a deductible?

Will Zoe’s Kitchen Stock Rebound in 2018?

EOS, Litecoin (LTC), and Cardano (ADA) Get a Boost!

The C.E.O. Who Stood Up to President Trump: Ken Frazier Speaks...

Your Key to a Successful Refinance