After a terrible conclusion to 2018 , shares of Shake Shack (NYSE: SHAK) have come back with a vengeance. The stock is up 30% year to date as of this writing on the back of strong results — even as the restaurant industry overall continues to put up mixed numbers.

On the one hand, I’m confounded by Shake Shack’s success. There are so many better-burger concepts popping up, and Shake Shack is expanding outside of its home turf. Surely diners don’t need yet another option. On the other hand, though, Americans love their burgers , and Shake Shack does make a pretty good one. I, for one, am not ready to lay my money down on the stock, but maybe someday.

The quarter in review

There were 34 new company-operated Shacks opened and in operation since the end of the same quarter a year ago. Paired with a 33% increase in licensing revenue — which comes from international locations and airport restaurants that are franchised out — revenues increased 34% year over year.

Most impressive, though, was the 3.6% increase in “same-Shack sales,” the measure of foot traffic and average guest ticket size at locations opened for at least 24 months. That’s a big improvement from last year when Shake Shack was performing in line with the rest of the industry. The 3.6% first-quarter surge was made up of a 1.6% rise in foot traffic and a 2% rise in menu pricing and item mix. The comparable Shack base had 66 stores in operation versus 44 in the first quarter of 2018. That underscores how quickly the company has been expanding the last couple of years — and to great success. Diners have been flocking to the new openings in droves, and sales are getting stronger over time.

The fete is noteworthy considering how cutthroat the restaurant industry is. Just ask TDn2K, a restaurant research group that measures the average comparable-store sales and foot traffic at establishments across the U.S. Comparable-store sales have been on the rise again the last couple of years, but that’s because of menu price increases. Foot traffic at the average eating-out establishment has been in the red for years now. During the first quarter of 2019, average U.S. restaurant traffic fell 2.1%, and the figure worsened to a 3.1% decline in April. 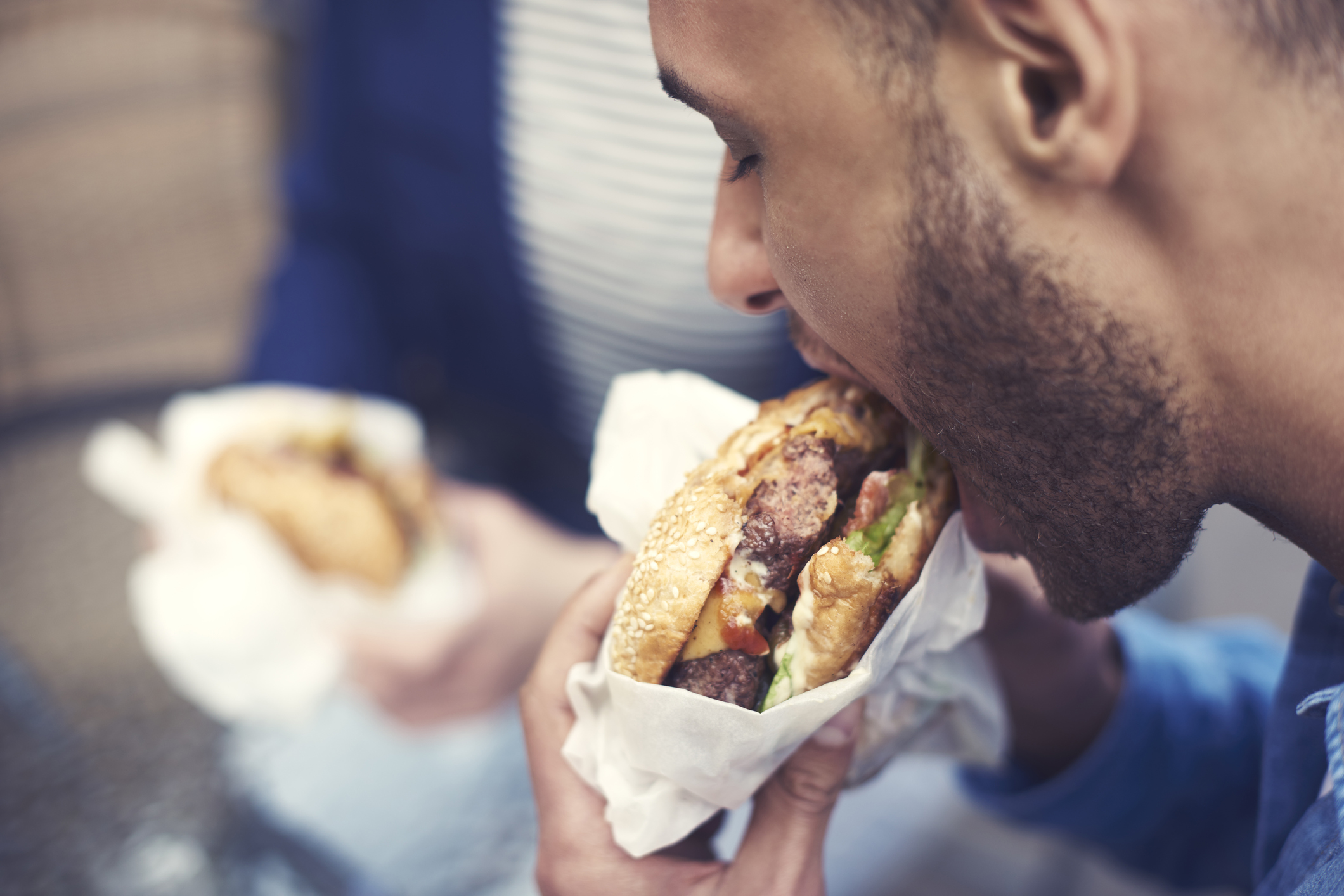 Meanwhile, Shake Shack’s top line is expanding, but the bottom line… not so much. The new markets it is entering are less lucrative than its home base in New York and the northeast quadrant of the U.S. — at least for the time being. Management is saying it will be less focused on building in new cities the next couple of years and instead work on deepening its presence in cities where the number of Shacks is sparse. This should help boost brand awareness and divert more diner traffic to the company’s brand of burgers, hot dogs, and shakes.

Nevertheless, this new expansion is leading to lower average sales than the original locations opened up. Average weekly sales for Shake Shack’s restaurants fell to $79,000 in the quarter compared with $81,000 a year ago. That contributed to another decline in adjusted profit margins (see the aforementioned chart). However, some of the decline in margins was also due to key areas of expansion, like the rollout of digital ordering and pickup, inflation in beef prices, higher wages, and the introduction of poultry to the food purchasing basket during the first quarter with Chick’n Bites.

Profit and foot traffic metrics are seasonal and can be volatile quarter to quarter, though. Perhaps a rebound in the bottom line is just around the corner. I’m thinking that will happen farther on down the road, though, as the company is still in all-out growth mode. Suggesting this, Shake Shack did up its guidance for the year, but same-Shack sales growth was upgraded by only a single percentage point, to a new range of 1% to 2% for full-year 2019. That implies a slowdown in subsequent periods. If foot traffic and ticket size cool down, that would be another negative for average store profit margins.

Thus, with profitability still in flux at this fast-growing chain and the restaurant industry highly competitive — especially in the world of burgers — I’m not ready to buy in yet. With shares trading at over 80 times one-year forward earnings after the stock rally, I’d caution new would-be Shake Shack investors to tread lightly as well.

10 stocks we like better than Shake Shack
When investing geniuses David and Tom Gardner have a stock tip, it can pay to listen. After all, the newsletter they have run for over a decade, Motley Fool Stock Advisor , has quadrupled the market.*

David and Tom just revealed what they believe are the ten best stocks for investors to buy right now… and Shake Shack wasn’t one of them! That’s right — they think these 10 stocks are even better buys.

Google’s Stock Now Has a Greater Chance of Crashing on DOJ...

Disney’s chart just flashed the scariest pattern in the book

When Friday’s GDP is reported, economy’s run could be strongest in...