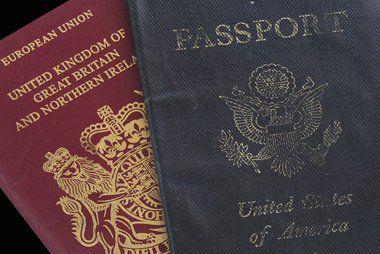 Cost of Living in the U.S. Vs. the U.K: An Overview

No one would describe London as an inexpensive place to live, but it’s a bargain compared to New York City. You would need an income of $5,856 per month to pay for a modest lifestyle in the capital of the U.K., compared to $7,760 per month for the equivalent lifestyle in New York, according to 2019 figures from Numbeo, a site devoted to cost-of-living data for destinations around the world.

That figure includes average rent of $2,178 for a one-bedroom in the center of London compared with an average of $3,113 in New York.

Of course, we are comparing diamonds to diamonds here. Both are notoriously expensive cities. If you moved, for example, from Raleigh, North Carolina, to London, your monthly rent would be an average 89.9% higher and dinner out would be 30% more than back home in Raleigh.

But in any case, there are some surprising differences in the cost of living between the U.S. and the U.K.

Cost-of-Living in the U.K.

An American moving to the U.K. is in for some surprises. For example:

The impact of Brexit on consumer prices in the U.K. is the big unknown.

Cost of Living: The U.S.

New York City food prices generally are higher than those in London, whether you’re dining out or shopping in a supermarket. But there’s a big cautionary note here: The available price lists for groceries in the U.K. are all pre-Brexit. As of May 2019, the U.K. imported nearly 30 percent of its food from European Union countries. How much those imports will cost after the break is anybody’s guess.

New York has relatively bargain prices for transportation, by mass transit or taxi.

However, internet connectivity costs about 36% more in New York than in London.

Special Considerations on Cost of Living

When economists or statisticians measure the cost of living for a country or region, they look at the amount of money a consumer needs to reach an average lifestyle.

Put another way, the cost of living measures how much food, shelter, clothing, healthcare, education, fuel, and miscellaneous goods and services can be bought with one unit of currency.

Those are aggregate figures combining all metropolitan areas in Great Britain, from the pricey cities of London, Reading, and Aberdeen to the lowest-cost towns of Liverpool, Belfast, and Kingston-upon-Hull.

One retailer looks like a better buy than Amazon, expert says

Russia to Avoid US Sanctions with $10 Billion Bitcoin Investment

Analyst Predicts Bitcoin Will Drop to $2,800 This Year

Maduro Cuts Off Venezuela’s Air and Sea Traffic With 3 Island...

7 Stocks That Can Outperform In a Post QE Market