“With over 50 million active users worldwide as of October 2018, KakaoTalk is one of the most popular mobile messaging apps in Asia. Operated by the South Korean Kakao Corporation, it is particularly popular in its homeland. In fact, of the 50 million global KakaoTalk users, almost 44 million were based in South Korea.” 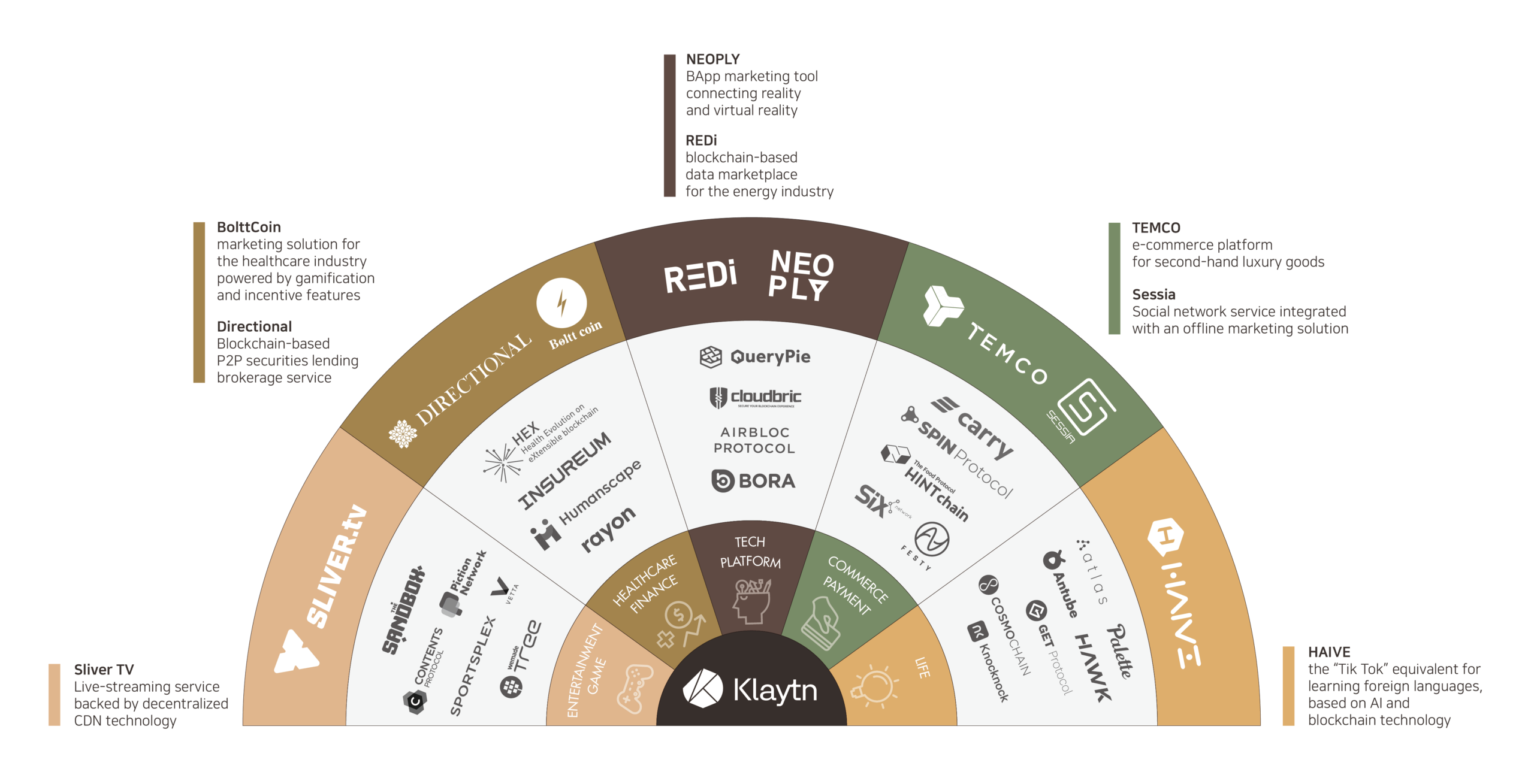 SEOUL, South Korea, May 30, 2019 /PRNewswire/ — Klaytn, the global public blockchain project of leading mobile platform with 97% market share in Korea, Kakao, has announced a new batch of initial service partners. With the 8 new partners, in addition to the already secured 26, Klaytn now has a total of 34 initial service partners, together preparing for the Klaytn mainnet launch next month.

This round of partnership includes some of the most promising projects engaged in distinctive blockchain-empowered businesses in various industry domains. ‘nBlocksHunt,’ operated by Neoply, the blockchain arm of one of Korea’s largest game companies, Neowiz, is a gamified location-based service, backed by VR technology. Allowing users to discover and claim tokens by visiting offline stores, nBlocksHunt further facilitates the existing marketing strategy by collaborating with various shops or events.

‘Directional,‘ a blockchain-based peer-to-peer stock lending platform for individual investors, is also joining Klaytn. The platform disrupts the existing stock lending market by allowing individuals to lend and borrow securities on P2P basis, which would give them rewards in forms of interest yields in return. It is also the first blockchain firm to participate in the newly enacted financial regulatory sandbox as selected by the Financial Services Commission of the Korean government.

‘Sliver.tv’ is a U.S.-based esports live streaming platform powered by the Theta blockchain network, a decentralized CDN (content delivery network). As the parent company of Theta Labs, which operates the Theta Network, Sliver.tv allows users to rebroadcast video streams with their excess bandwidth and earn token rewards in return, while significantly reducing the costs of video streams and driving incremental revenue for media and entertainment platforms.

Also onboarded on Klaytn is ‘GUHADA,’ an e-commerce platform for pre-owned designer goods, operated by Singapore-based TEMCO. GUHADA allows users to verify the authenticity of the traded goods, whose certificates and transaction histories can be tracked, as recorded on blockchain.

Other notable industry partners include ‘Sessia,’ a Russia-based social network service integrated with tokenized incentives for users’ reviews on their offline experiences; ‘REDi,’ a blockchain-based marketplace for new and renewable energy; ‘HAIVE,’ a UGC-based interactive language learning service from China; and, ‘BolttCoin,’ an incentivized healthcare service from India, leveraging blockchain and gamification.

Using the deployed Klaytn testnet, the initial service partners work towards further reinforcing Klaytn’s ecosystem by releasing their BApps (Blockchain Applications) at the time of the Klaytn mainnet launch.

“With a mission to create substantial real use cases, we are partnering with promising blockchain projects developed by globally successful service providers with a prospective user base of tens of millions,” said Jason Han, the CEO of Ground X, heading the development and operation of Klaytn. He added, “Together with our partners, Klaytn will take the blockchain industry to the next level by prioritizing our efforts towards the mass adoption of blockchain services as to substantiate the value and utility of blockchain technology.“

The Klaytn mainnet is set to launch next month on the 27th of June. For more information, visit the official Klaytn webpage (www.klaytn.com).

Klaytn is a public blockchain platform of the leading South Korean mobile platform, Kakao. Dedicated to validating the value and utility of blockchain technology by providing a blockchain service for mass adoption, Klaytn provides an intuitive development environment and friendly user experience. Klaytn seeks to continue advancing the platform to offer blockchain services for millions of users.

“Through the partnership at this time, TEMCO is planning on actively utilizing Klaytn’s blockchain technology for GUHADA’s services, increasing blockchain based service accessibility through Klaytn’s user-friendly blockchain account system and various tools. Klaytn is a global blockchain service developed by Ground X, the subsidiary of Kakao, which is expected to launch its mainnet on June 27th.”

REDi partners with Klaytn, the public blockchain from Kakao Corp.

“Selected as Klaytn’s initial service partner, REDi will join an elite alliance of projects spearheading the public adoption of blockchain in various industry sectors around the world, including notable projects such as Cosmochain, Contents Protocol, and Humanscape. Our team at REDi is confident that the strategic partnership with Klaytn will provide greater momentum to provide added value to the energy industry through the industrial adoption of blockchain.”

“Klaytn is an enterprise-grade, service-centric platform that brings user-friendly blockchain experience to millions. Klaytn is secured by participation from numerous highly-reputable brands around the globe, working together to create a reliable business platform atop a robust system of decentralized trust.”

CFPB official tries to defuse furor over his ‘provocative’ writings

Major Wall Street banks are telling clients to be ready for...

A Look at Some of 2018’s Most Popular Cryptocurrency Traders