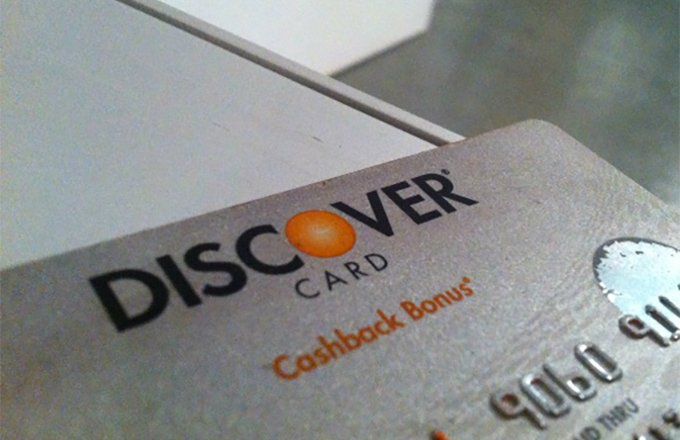 If you think about credit cards, there’s a good chance that the first few names that come to mind are the big three issuers: Visa, Mastercard, and American Express. But there are so many different financial companies that offer credit card services that consumers are no longer limited to just these three. While it may not be as familiar as others, the Discover card offers cardholders some of the same perks and benefits as its counterparts—plus a few of its own.

Dean Witter Financial Services Group, Inc., a subsidiary of Sears, Roebuck and Co., developed the Discover card in the early 1980s. Testing for the card began in 1985—the very first purchase was made by a Sears employee from Chicago in a Sears store in Atlanta—and there were also trials in Atlanta and San Diego. A year later, in 1986, the Discover card rolled out officially, introduced in a national ad campaign during Super Bowl XX.

The credit card market was roaring at the time, with cards coming out at head-spinning speed, but Discover sought to distinguish itself in a couple of ways. It charged no annual fee, which was somewhat of a rarity at the time (at least, for general-purpose credit cards). Another one of its perks, which was also a major innovation at the time, was its cash back rewards: the return of a small percentage of the amount of a purchase in cash money on the user’s account.

Although the cashback feature was attractive to consumers, Discover caught on slowly with merchants; at first, only major airlines and rental-car companies—and of course, big retailers like Sears—accepted it. But it gradually increased in popularity. Agreements with foreign payment networks in the early 2000s, like Japan’s JCB and China’s UnionPay, greatly increased its usage abroad (in fact, it is the most widely accepted card among the Chinese). As of 2019, Discover is the fourth-largest issuer of credit cards in the world and has nearly 44 million cardholders. Technically, it is the most widely accepted card in the world, thanks to its China presence.

Unlike Visas and MasterCards, which are issued through banks, Discover is its own issuer and network (similar to American Express). The card is issued through Discover Bank, a subsidiary of Discover Financial Services. Discover Bank was formed after a series of acquisitions and reorganizations. Along with its credit card offerings, Discover Bank now functions like an online bank offering many traditional financial services, including checking and savings accounts, certificates of deposit, bill paying and more. It also offers consumers access to cash with 60,000 no-fee ATMs across the U.S.

What Does Discover Card Offer?

The Discover “it” card, as the company’s card was branded in 2013, comes in five basic varieties including:

Staying true to its roots, the card still has no annual fee, and also does not charge its customers a foreign transaction fee. Discover won’t charge a late fee for the first missed or late payment, either. Each of your monthly statements also comes with a free FICO score. As with all credit cards, you are not responsible for fraudulent transactions.

Features vary, depending on the card. The flagship Discover Cash Back card offers 5% cash back on certain categories that change throughout the year. Discover also promises to match all of the cash back at the end of the year for the first year. Non-student cards have an introductory 0% annual percentage rate (APR) for purchases and balance transfers for the first 14 months. The introductory 0% APR for student cards is for six months and applies for purchases only.

Customer service is a strength for the company, too. J.D. Power awarded Discover “highest rank in customer satisfaction” in its 2018 U.S. Credit Card Satisfaction Study, followed by American Express and Barclays U.S. Discover advertises that its customer service reps are all based in the United States.

Like all credit cards, the attractiveness of Discover card’s terms depends on your credit score. For non-student cards, those with borderline excellent credit could see an APR of 23.99%, but customers with stellar credit scores might be offered a 13.99% rate. The student cards have an introductory 0% APR for the first six months on purchases, then range from 14.99% to 23.99%. The APR for cash advances is 26.99% for all cards; you pay $10 or 5% of the amount, whichever is higher, as a fee.

Transferring a balance may come with a 0% APR introductory rate, but you will pay a 3% fee with each transfer, a standard fee among most credit cards.

Although other cards have jumped on the cash back bandwagon, the Discover it card’s 5% cash back reward remains one of the most generous around, as does the company’s policy of matching. However, unlike other cards, you have to keep track of the eligible categories for each quarter. There’s also a cap on the amount you can spend while still earning rewards—$1,000 to $1,500 per quarter—depending on the card. All other purchases earn you 1%.

Discover came to the market in 1986 as a more customer-friendly card. Today, the cards maintain those traits, but the benefits that set the brand apart years ago are now fairly standard in the industry. Carefully review the terms on each of its cards before applying. Two cards may look similar but have significantly different terms. For example, there is a 2% cash back (on gas and restaurants) card, besides the one that offers 5%. If you receive an offer in the mail, compare it to what’s listed on the Discover website.

Finally, if you routinely hold a balance, the rewards may not make up for the interest payments, especially if you end up with one of the higher interest rates.

Delinquencies are down, but riskier mortgage lending may mean trouble

Only Cryptocurrencies Will Be Used For Payments Five Years From Now

Housing bubble or not, the real estate market is in trouble

Lessons from the Great Recession

Adds Ripple (XRP) to it’s Platform Ahead of US Expansion

Do This by Jan. 15 to Avoid a Tax Penalty