Fourteen percent of Americans personally use products containing cannabidiol (CBD), according to a recent Gallup Poll . Meanwhile, 85% of people in the U.S. are either not yet familiar with the cannabis-derived ingredient or do not currently use it.

Cannabidiol is a nonpsychoactive component of the cannabis plant. Unlike marijuana, which tends to contain high levels of tetrahydrocannabinol (THC), CBD doesn’t get people high. However, many people use CBD products for their perceived health benefits.

Gallop’s survey shows that 40% of cannabidiol users cite pain relief as a primary reason for why they take CBD. Anxiety (20%), insomnia (11%), and arthritis (8%) are the next most cited reasons for CBD use.

Although the great majority of Americans do not currently use CBD, usage may be set to increase significantly in the coming years. The 2018 Farm Act legalized the production and sale of hemp-derived CBD when President Trump signed it into law in December. Since that time, many companies have ramped up their CBD production and distribution capabilities. 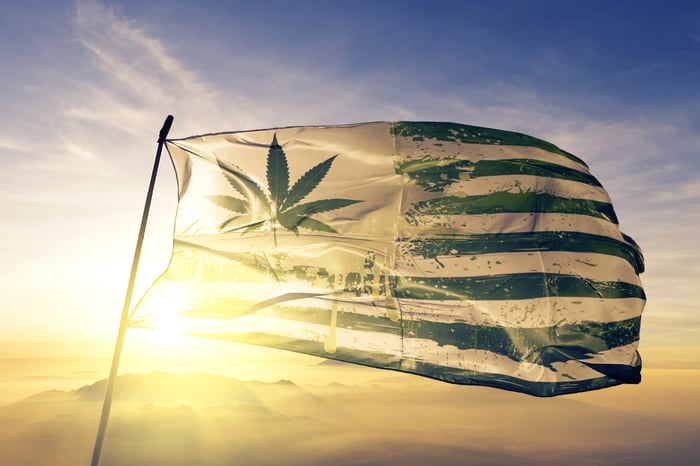 Notable suppliers include Charlotte’s Web Holdings (OTC: CWBHF) , which produces a variety of CBD-based wellness products such as oils, capsules, and topical lotions. Charlotte’s Web is the leading global brand for hemp-derived CBD by market share, and the company is attempting to widen its lead by increasing its hemp production and broadening its retail distribution network. Charlotte’s Web recently struck a deal  with grocery titan Kroger , which will sell its CBD products in more than 1,300 grocery stores in 22 states.

Aurora Cannabis (NYSE: ACB) , the leading cannabis producer by peak capacity, is also moving aggressively into the CBD arena. Aurora recently closed on its acquisition of Hempco Food and Fiber , a provider of hemp-based foods and nutritional supplements. Hempco will also provide Aurora with large amounts of low-cost raw hemp, from which it can extract CBD. Aurora Cannabis plans to integrate Hempco with several of its other acquisitions, which together give the marijuana titan a powerful presence throughout the CBD supply chain .

Not to be outdone, Canopy Growth (NYSE: CGC) , the largest cannabis company by market capitalization, is strengthening its hemp and CBD production capabilities in the U.S. In June, Canopy Growth said that it already had hemp-growing operations in seven states. The cannabis giant also said that its U.S.-based operations would span more than 4,000 acres at full capacity, with approximately 1,000 acres devoted to high-CBD hemp.

Companies must address ESG issues to be deemed trustworthy by investors...

How to earn an exotic vacation at the grocery store

The Steady Rise and Sudden Fall of Leslie Moonves

Crypto Regulations Are Changing Worldwide to Comply With FATF Standards

Wal-Mart Ups Game Against Amazon, to Buy Stake in Flipkart