Urban Outfitters  ( URBN ) and American Eagles Outfitters  ( AEO ) are two apparel companies that have similar business models, and are similar in size. Strong digital sales and an increasing focus on women’s apparel have helped these companies achieve steady growth over recent years. However, Urban Outfitters currently has a market cap of $2.2 billion, while the market cap for American Eagles Outfitters is notably higher at $2.8 billion. So why do investors seem to prefer one over the other?

To answer this question, Trefis captured trends in key operating metrics for Urban Outfitters vs. American Eagle Outfitters  in an interactive dashboard, parts of which are highlighted below. Although the two companies have achieved similar revenue growth, Urban Outfitters has actually been more profitable over recent years. 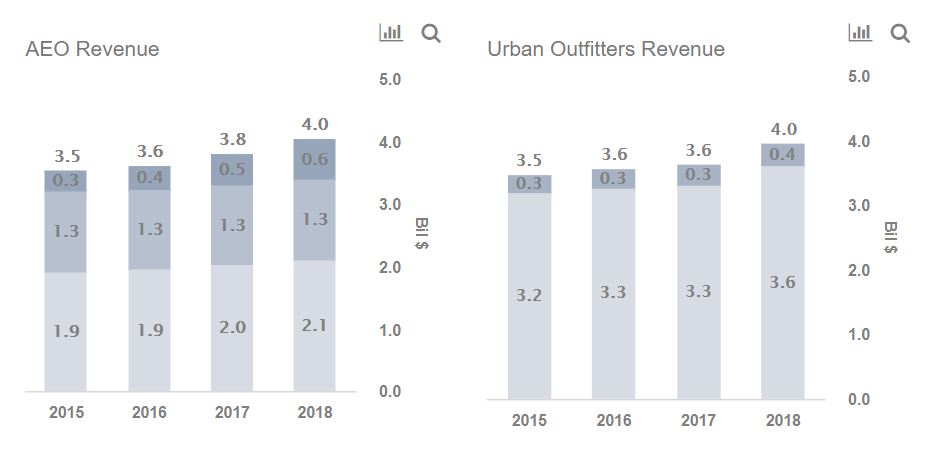 Comparable sales is a key metric that is used to determine the performance of a company in the apparel industry, and is in indicator of how revenues generated by a retail location have changed over time

Despite similar revenues and marketing expenses, Urban Outfitters has been able to achieve a better net income margin figure compared to American Eagles

Comparing American Eagles’ Market Capitalization to that of Urban Outfitters

For CFOs and Finance Teams  | Product, R&D, and Marketing Teams

Like our charts? Explore example interactive dashboards  and create your own.

DECENT Launches “Token 4 Hope”, a Donation Management Initiative for the...

The keys to keeping your crypto safe – The Coinbase Blog

SkyBridge decision on deal to sell firm expected by end of...

Why Your Will Should Name Designated Beneficiaries

Stocks rebounding, but new highs may be elusive in trade war