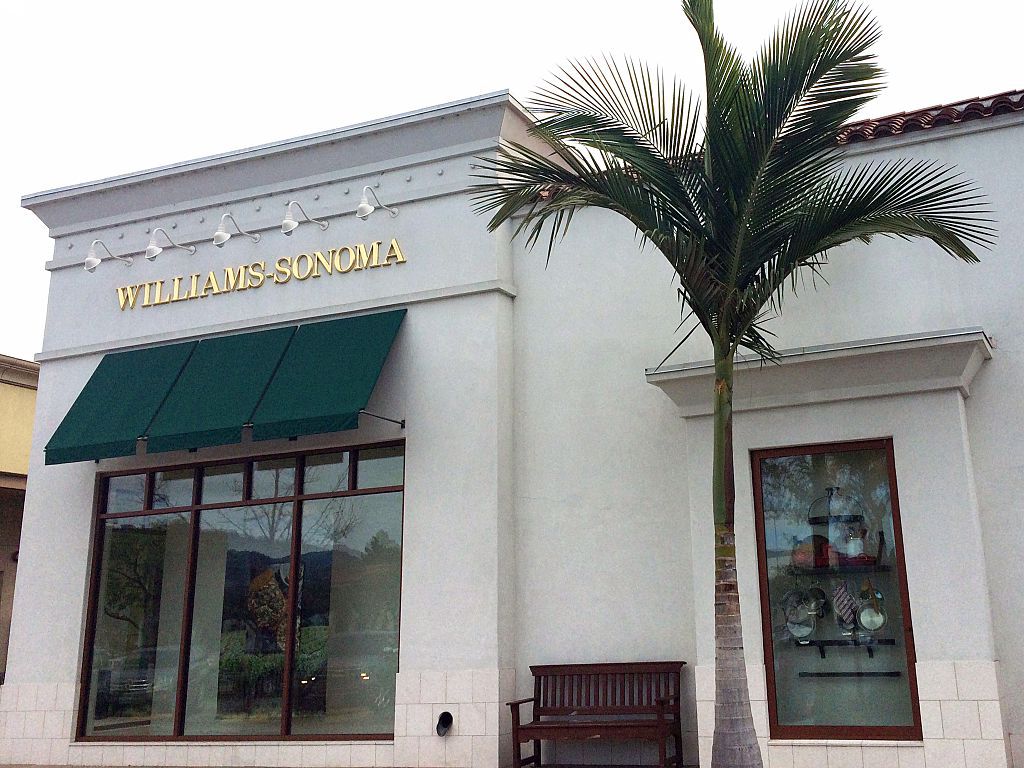 Williams-Sonoma Inc. (WSM) was founded in 1956 and expanded into a well-known global retail brand that offers high-end cookware, house-label kitchen accessories, and gourmet goods. The company has increased its reach by adding other unique brands to its portfolio, including Pottery Barn, Pottery Barn Kids, PBteen, West Elm, Mark and Graham, and Rejuvenation.

In 1956, Chuck Williams opened a single Williams-Sonoma store in Sonoma, Calif., selling French cookware he discovered in Europe that could not be found in America. As the retail business expanded, it became known for its wide selection of cookbooks and specialty food items. Now, Williams-Sonoma products are not only available for purchase in stores, but also through e-commerce and catalog sales.

In 2012, Williams-Sonoma launched its Agrarian product line, which supplies goods for those interested in producing their own foods. Products include everything from produce seeds to beekeeping supplies to cheese-making kits.

In addition to increasing its product offerings and geographic reach, the company also launched a Williams-Sonoma Home branch in 2012 that sells home furnishings, lighting, and home decorator pieces.

Pottery Barn is a U.S.-based home furnishings store chain, with retail stores in the United States, Canada, Puerto Rico, the Philippines, Mexico, and Australia. It was founded in 1949 by Paul Secon in New York City, New York. Over the years, the company expanded across the United States and to the West Coast. It was acquired by The Gap Inc. (NYSE: GPS) in 1983. Three years later, Williams-Sonoma took ownership of Pottery Barn.

The main Pottery Barn company offers high-quality furniture and decorative pieces, as well as in-home design services. The company prides itself on pieces designed by its own artists and crafted in the U.S.

Williams-Sonoma launched Pottery Barn Kids under the Pottery Barn umbrella in 1999. The brand specializes in home furnishings and accessories for babies, toddlers, and children from newborn through 8 years old. Pottery Barn Kids’ offerings include everything from furniture and bedding to decorative pieces, classic toys, luggage, and lunch bags.

Williams-Sonoma created PBteen in 2003 as a spinoff of the Pottery Barn brand. The company claims that it was the first home retail store to focus exclusively on teens. It offers a complete line of furniture and accessories for teen bedrooms and home spaces, as well as for college dorm rooms.

Launched in 2002, West Elm prides itself on being a retailer of home furnishings that are approachable, affordable and sustainably produced. The brand has an in-house design team that creates a new collection each season in collaboration with international artists and designers. West Elm also offers one-of-a-kind, handmade pieces sourced from around the world.

Williams-Sonoma launched Mark and Graham in 2012. The brand sells personalized accessories, such as jewelry and bags, as well as accessories for the home, such as glasses and a variety of decorative pieces. It also sells items for offices and pets. What makes Mark and Graham unique is that its products can be customized with a choice of more than 50 type treatments and monograms.

Rejuvenation was acquired by Williams-Sonoma in 2011. The company is a general store for home improvement with an emphasis on lighting, hardware and functional home goods. The brand promotes American craftsmanship, with most of its made-to-order goods produced at its manufacturing facility in Oregon.

Williams-Sonoma has grown into a powerhouse of home retailers by acquiring complementary companies and increasing the products that it offers and through internal growth.

Mortgage applications to buy a home hit lowest level in a...

JP Morgan Chase is Being Sued