Strong stock performances in the high-end consumer discretionary space show the broader U.S. economy “may be in better shape” than investors are led to believe, CNBC’s Jim Cramer said Monday.

Cramer, using the charts of technician Bob Lang, a colleague and publisher of ExplosiveOptions.net, looked at some of the top names in the consumer discretionary sector. That includes a host of nonessential goods and services such as motor homes, cruises, snowmobiles and timeshares.

“That’s about as discretionary as it gets,” the “Mad Money” host said Monday. “These kinds of stocks only work when the consumer’s willing to spend and banks are willing to lend.”

Cramer said the charts show things are looking “very good” for some discretionary stocks, indicating that the consumer and the overall economy are in great shape.

For example, timeshare company Marriott Vacations Worldwide has been grinding higher ever since it bottomed in early August at around $86 per share, Cramer said. 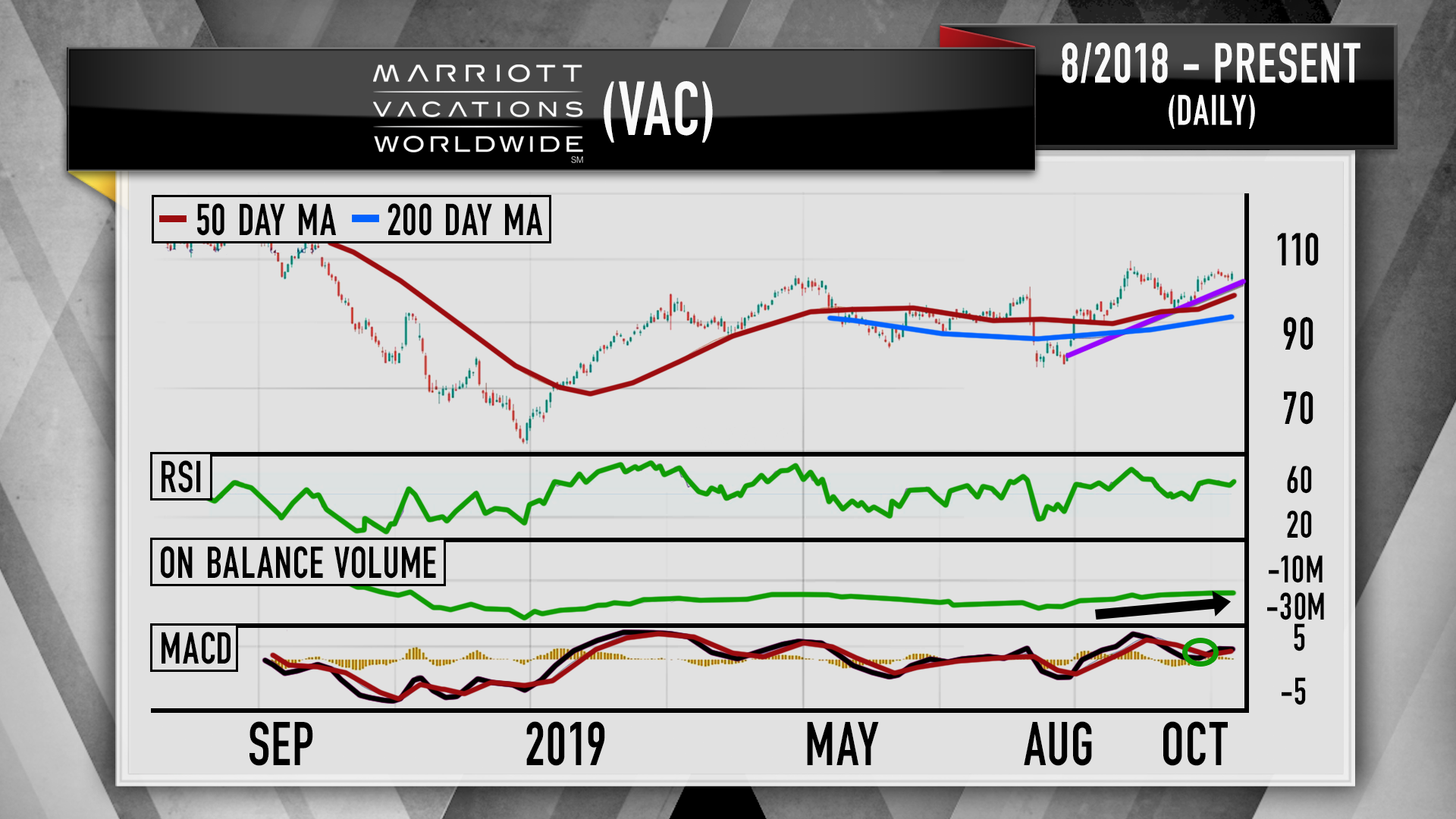 Cramer said the charts indicate the stock could be ready to make a run higher to around $120 per share and then perhaps even higher to an all-time high of $145 a share. The stock closed at $110 per share on Monday.

“That may take some time, but as long as the pattern remains bullish” that’s where the stock may be headed, Cramer said. “Plus, the on-balance volume is very strong, indicating major institutional buying here.” 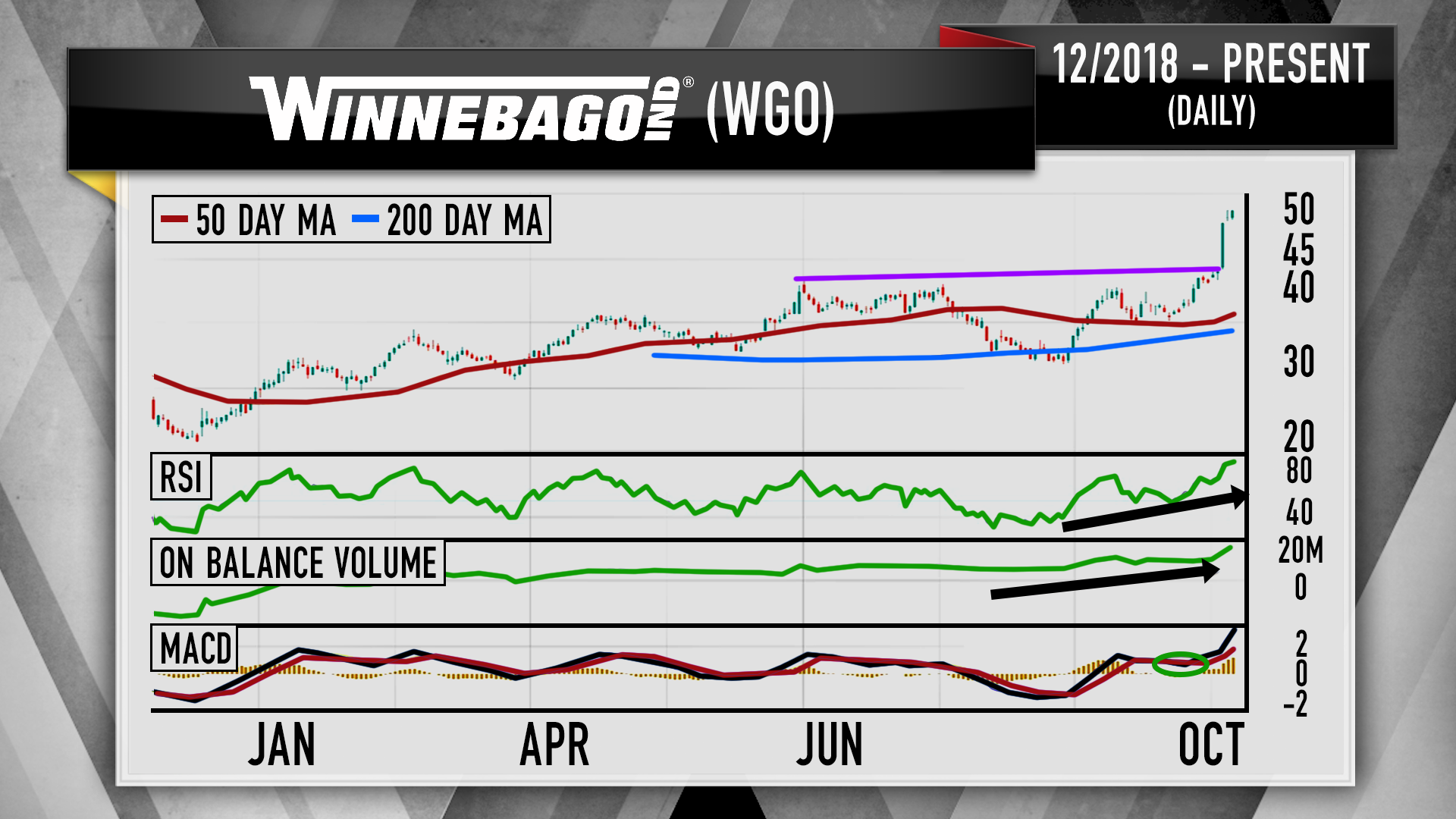 “The Moving Average Convergence Divergence or MACD indicator, an important momentum gauge, recently flashed a buy signal” on Winnebago, Cramer said. However, Cramer said his colleagues suggest investors wait until shares pull back to around $45 before loading up on the stock.

The stock was around $49 in after-hours trading Monday. 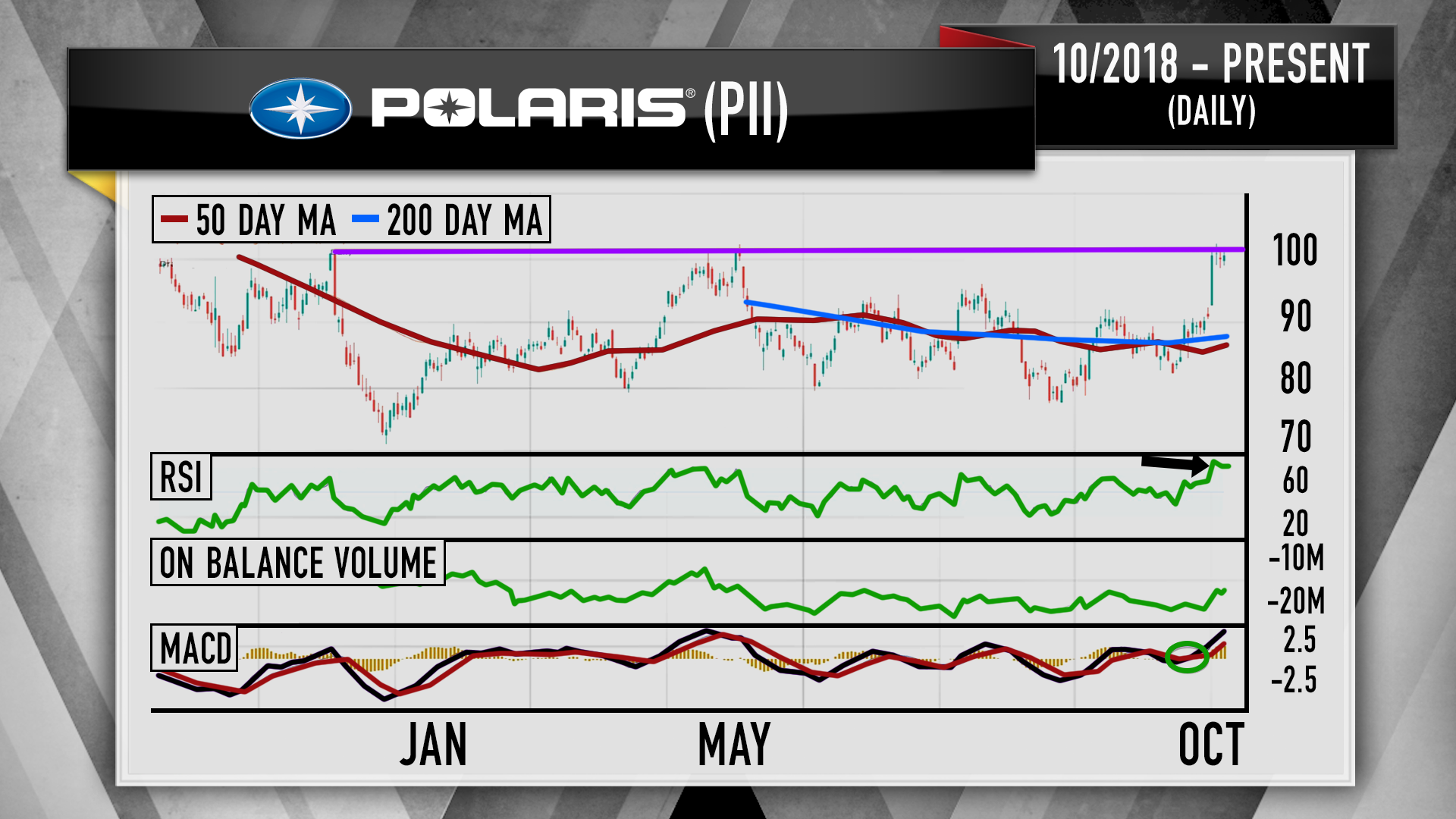 “This is another one that reported strong numbers last week, shooting its stock into the stratosphere,” he said. “Polaris caught a bullish MACD crossover at the beginning of this month, and that’s one of the most reliable signals in the chart book.”

How Much Damage Can 1 Bad Experience Cause a Brand?

The strong dollar may be behind this stock sell-off

FANG stocks plummet from their highs, but one may be near...

Natural gas prices flare up more than 13 percent in past...