The rate of home sales reached a 33-month peak in December, swinging the pendulum of supply and demand, and pushing value appreciation to a 19-month high, according to Redfin.

Approximately 276,800 homes sold in December, an increase of 1% month-to-month and 6.8% year-over-year. The surge in sales led to a decrease in the number of properties available on the market of 14.6% from November and 14.9% annually. 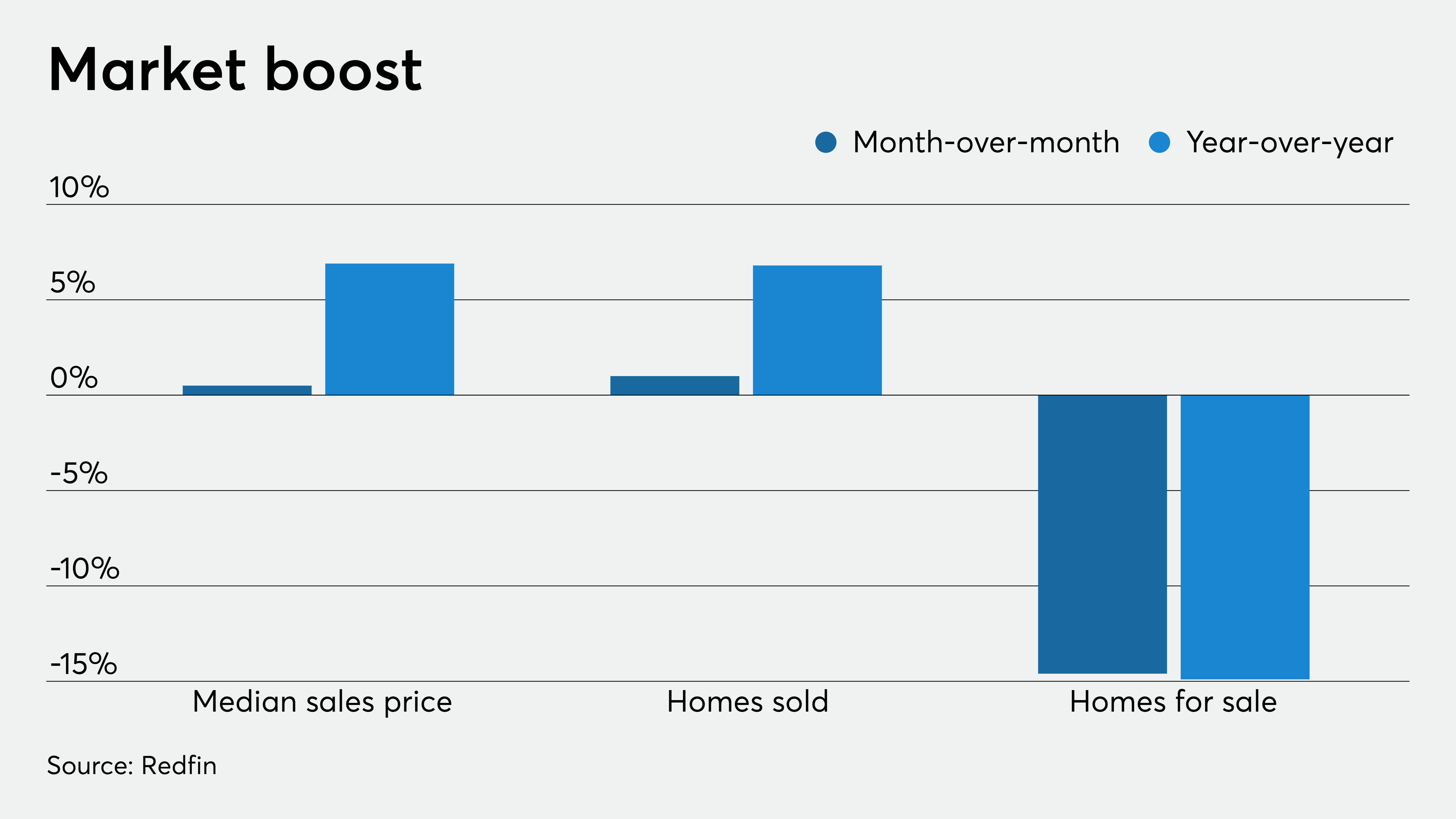 December’s home-sale prices increased 6.9% annually after slowing down a year ago, and rose a seasonally adjusted 1.1% month-over-month — the largest growth since February 2018. The median sales price increased to $312,500 from $289,800 the year prior.

“Many homeowners have refinanced their mortgages to take advantage of low interest rates and therefore feel committed to staying put,” Daryl Fairweather, Redfin chief economist, said in a press release. “The lack of homes for sale is going to fuel competition and price growth in 2020.”

Cheaper markets felt the brunt of the price jumps, with 16 of the 20 largest increases coming in metro areas under the national median home value. Memphis, Tenn., led them all with a rise of 15.9% year-over-year, followed by gains of 14.7% in Camden, N.J., and 14.4% in Cincinnati.

Of the 85 largest housing markets in the country, two had annual price declines: New York dropped 2.4% and San Francisco was down 1.7%.

“Low mortgage rates and a strong economy fueled homebuyer demand in December, which boosted both home sales and prices,” Fairweather said. “Prices heated up in West Coast metros like Seattle and Los Angeles, which indicates the slowdown of 2019 has officially ended in these markets.”

When Confronting a Crisis, Look 3 Feet in Front of You

17 ways speakers at Digital Mortgage made an entrance

US Foods to buy SGA’s Food Group for $1.8 billion