Whiting has spent more than 25 years in the financial services industry.

LenderClose has expanded its team to include two operations specialists, Crystal Henderson and Melanie Salge, and a software engineer, Craig Lien.

Henderson brings to the firm more than 10 years of experience in lending and finance to her new role. 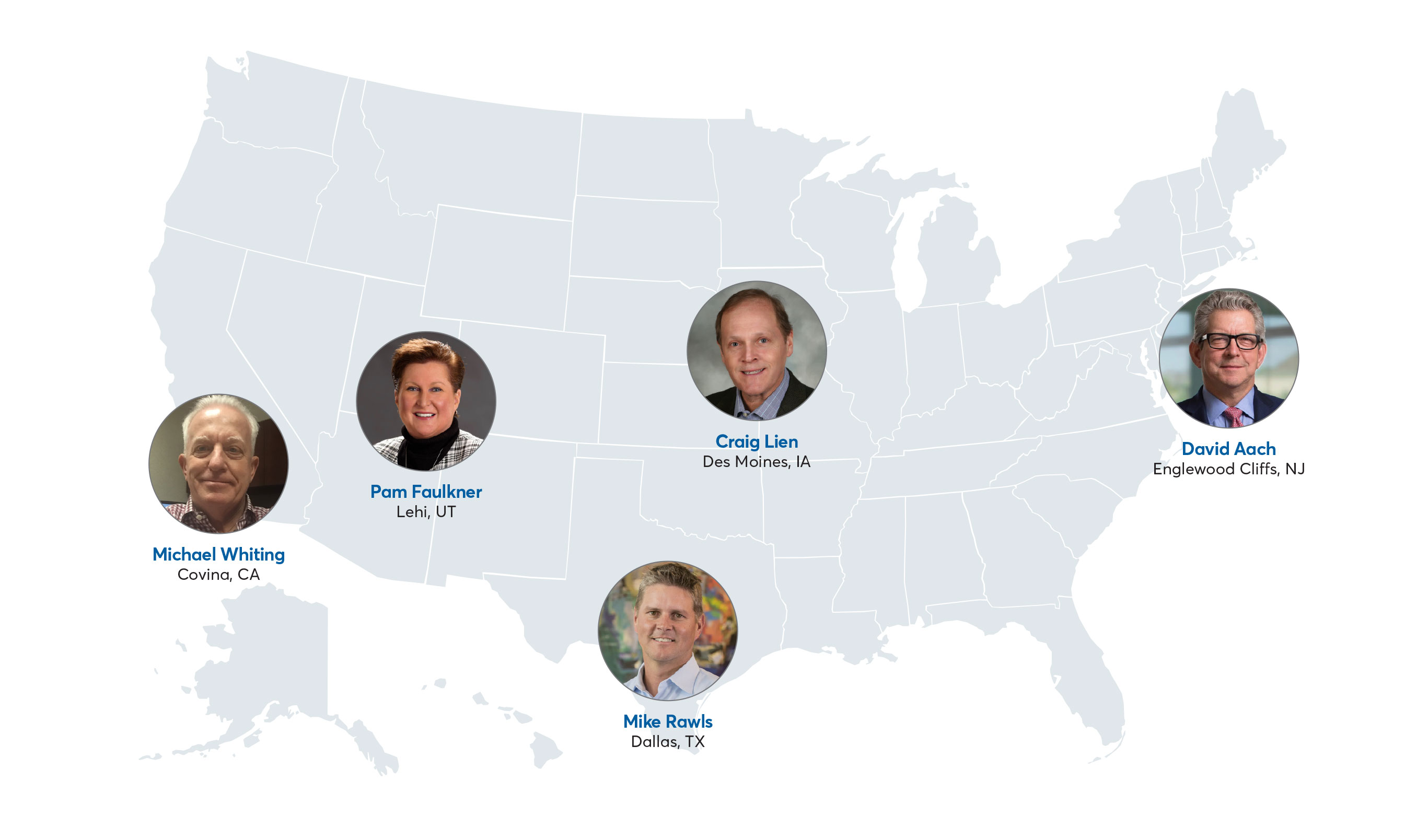 Blue Sage Solutions has named David Aach chief operating officer. In this role he will focus on increasing the company’s relationships with industry partners, clients and prospects.

Prior to Blue Sage, Aach led the sales and marketing team as executive vice president of Docutech.

Before Docutech, he worked for 10 years at IBM Corp. as director in its mortgage practice.

In taking on this new role, he will transition operational leadership for the servicing segment to Tony Ebers, Mr. Cooper’s executive vice president and chief operating officer. Rayman Mathoda, who previously served as CEO of Xome, will remain with the company as a strategic adviser.

Prior to joining Xome, Rawls served as the executive vice president of servicing for Mr. Cooper Group, where he held operational responsibility for the company’s entire servicing portfolio.

Staib has 28 years of industry experience and prior to joining SimpleNexus, he advised financial services firms including Goldman Sachs, the Pacific Stock Exchange and JPMorgan Chase.

Aslanian has 22 years of sales experience in the mortgage and software industries and previously held the position of VP of sales at Ellie Mae and Del Mar Data Trac.

Faulker brings a 35-year background as a business analyst and project manager for lenders and mortgage technology companies to her position as director, mortgage services. Before joining SimpleNexus, she held roles at Ellie Mae, RCM Technologies and MortgageFlex Systems.

Existing-home sales are up again in South Florida

End of a New Residential subservicing agreement to benefit Ocwen

This generation is least frugal with money, parents could be to...

Travel rewards: Use your hobbies to earn miles, points

Financing American Higher Education in the Era of Globalization

Mortgage Rates Not Much Higher Than Last Week