In this role, she will be responsible for Plaza’s treasury department, including warehouse relationships, cash management and its corporate funding department.

Richardson joins Plaza from loanDepot where she was the vice president of treasury for the past seven years.

After leading Top of Mind’s sales function for more than eight years, Kruckeberg will step into a more strategic role with a focus on partner and industry relations and brand ambassadorship.

Before joining Top of Mind, he spent nearly a decade as a mortgage loan officer and branch manager serving customers in Southern California at such independent mortgage banks as Watermark Home Loans and First Priority Financial (later acquired by Caliber Home Loans). 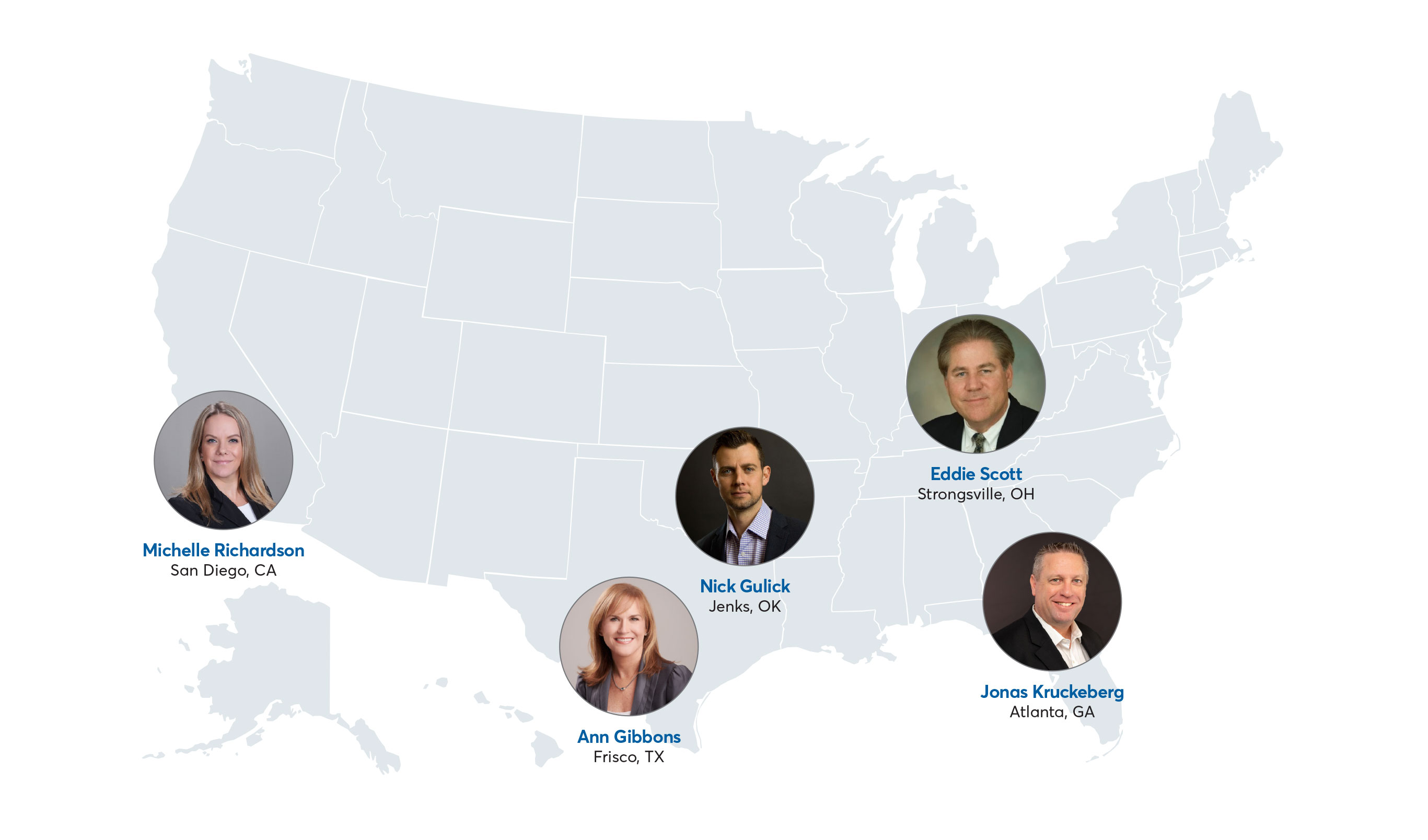 Union Home Mortgage has hired Eddie Scott, who will be responsible for managing growth, recruiting top talent and spreading brand awareness of UHM in Florida and Georgia.

Scott has more than 30 years of experience in mortgage origination and management, and most recently managed the development of a Realtor-builder relationship business for US Bank across the mid-Atlantic and Southeastern United States.

He previously held roles at Everbank through its acquisition by TIAA, Wachovia, Washington Mutual and JPMorgan Chase.

In this role, Gulick will lead the charge in evolving the brand.

Before joining Gateway, he was senior vice president and chief marketing officer at Stearns Lending.

Over the past two decades, they have held roles at major due diligence and surveillance firms, including Clayton Holdings, MurrayHill and The Bohan Group.

The Profitable Publisher, Part One: Digital Media Businesses as Funnels

[PULSE] Forbearance 2020: Standing on the precipice

U.S. Blocks a Chinese Deal Amid Rising Tensions Over Technology