Rates are starting to move in wider bands and make more of a difference when it comes to the number of qualified borrowers with incentive to refinance, a recent Black Knight report shows.

“Over the last eight weeks of 2019 and first three weeks of 2020, rates hovered in such a tight window that we didn’t really feel the volatility. Now you’re starting to see rates move outside of that band that they’d been in,” Andy Walden, director of market research, said in an interview. 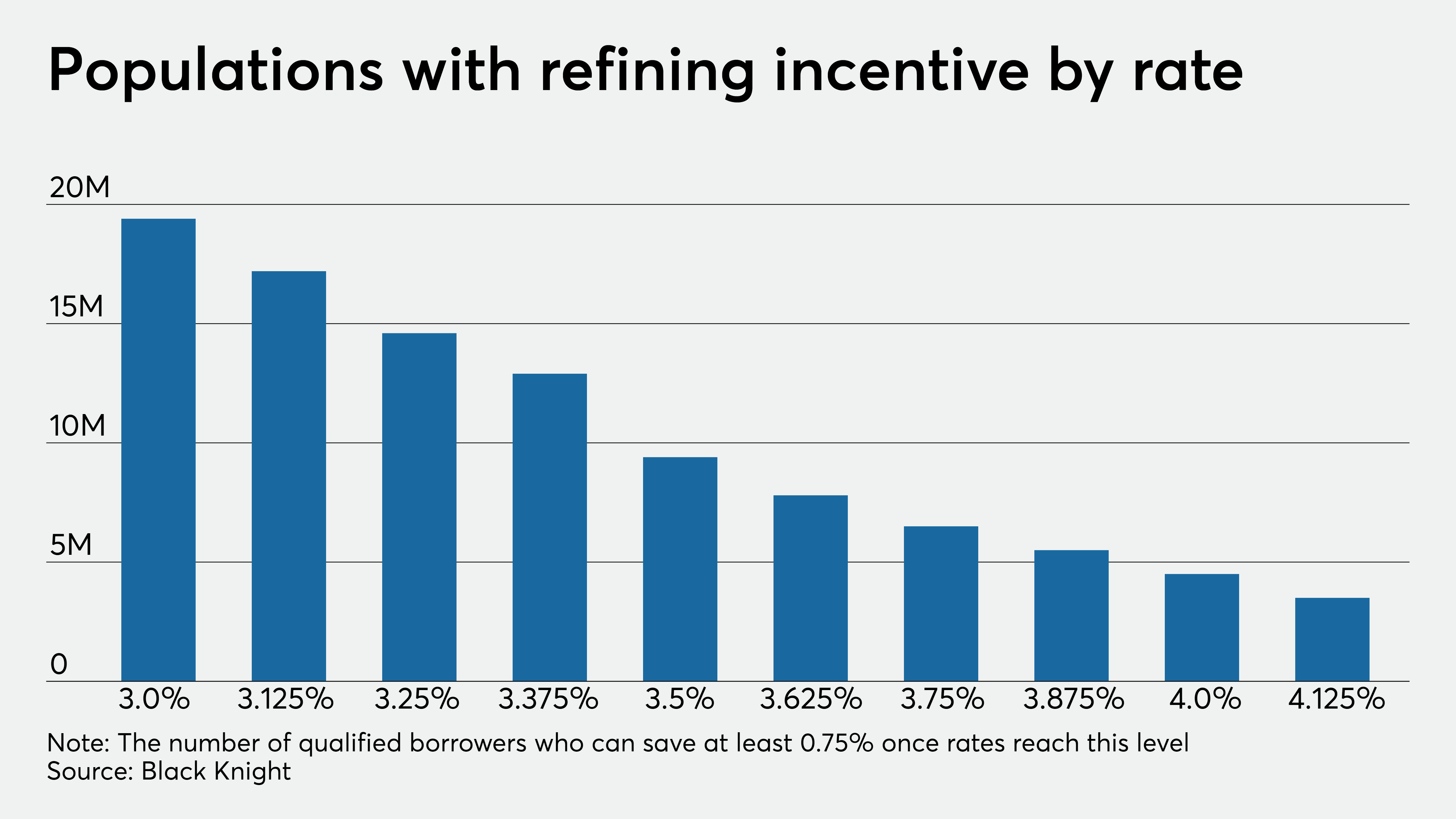 For example, last week’s drop in the average 30-year Freddie Mac rate to 3.6% from 3.65% expanded the number of qualified borrowers with at least 0.75% incentive to refi by 1.6 million to 9.4 million. Borrowers are considered qualified if they are current on their mortgage, have a maximum 80% loan-to-value ratio and have a 720-plus FICO score. For lenders that make nontraditional loans with criteria outside the boundaries of the standard Qualified Mortgage safe harbor, the number of loans with refi incentive could be different.

Most mortgage executives agreed that rates fell and refinancing incentive increased in the past two weeks, but noted some variations in the extent to which pricing and loan activity changed.

“Rates dropped about an eighth to a quarter in the last week, depending on how people have priced loans. That’s spurred more applications than we normally get this time of year,” said James Seely, president and CEO of Residential Mortgage Services, a nonbank in South Portland, Maine, active in East Coast markets.

For West Coast borrowers, as little as a 25-basis-point drop in rates might be sufficient incentive to refinance, but differences in loan costs like taxes and title insurance are such that in some Eastern markets, borrowers might not refi unless rates drop by north of 50 basis points. For East Coast-focused mortgage-companies that retain servicing like A&D, that difference can have an upside.

“We have less runoff than lenders on the West Coast,” he said. He estimates that rates have fallen a little over 20 basis points in the past couple weeks.

This is how much purchasing power homebuyers lost this year |...