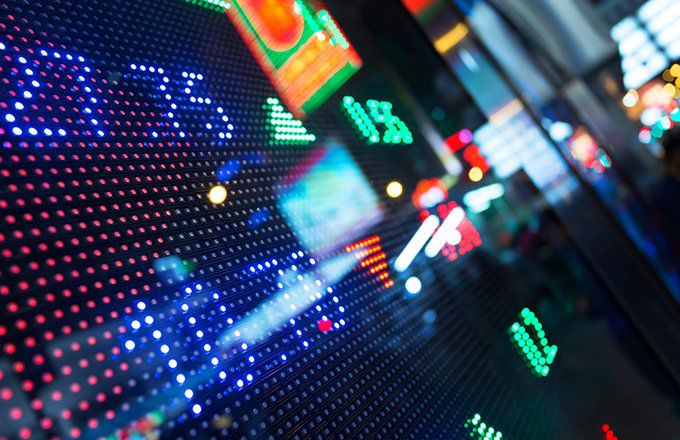 (Editor’s Note: This is an article that was originally written in 2018 and accidentally republished with today’s date on it. The information herein is old and no longer reliable. We apologize for the error.)

When markets fall and volatility rises, it might be time to run for cover. But it helps to know where to run. One suggestion is to find assets that perform best when volatility spikes, which is precisely what a recent analysis from CNBC reveals. According to the study, Dow Jones Industrial Average stocks such as Walmart Inc. (WMT), Procter & Gamble Co. (PG), Coca-Cola Co. (KO), Johnson & Johnson (JNJ) and McDonald’s Corp. (MCD) all performed relatively better than their peers whenever a more than 5% pop during one day occurred in the CBOE Volatility index (VIX).

Such a spike in the VIX, commonly referred to as the “fear gauge,” has occurred a total of 496 times since February 2008. During those days, the average return for Walmart has been -0.63%; -0.72% for Procter & Gamble; -0.73% for Coca-Cola; -0.77% for Johnson & Johnson; and -0.775 for McDonald’s. While all negative, these returns are better than the overall market during such volatile periods, according to CNBC. (For more, see also: Volatility’s Impact On Market Returns.)

Of course, past results are not always a perfect guide to the future. Over the past couple weeks of the ups and downs of the market, only Walmart has performed better than the Dow. Since February 1, the Dow is down 3.8% while Walmart is only down 2.1% as of the close of trading on Thursday. Meanwhile, Procter & Gamble, Coca-Cola, Johnson & Johnson and McDonald’s are down 4%, 5.6%, 6.2% and 6.5%, over the same period.

While two weeks is a relatively short time period to judge whether these five stocks will indeed prove to be safe haven assets during this most recent bout of increased market volatility, it always helps to look for underlying economic fundamental reasons that might help support any analysis of historical time-series data. On that front, one economic fundamental that characterizes each of the five companies above is that they all sell what are considered consumer staples.

Consumer staples are goods that consumers generally deem essential, meaning that consumer spending on them remains resilient even when economic conditions take a turn for the worse. Such items include medication, food and beverages, as well as personal and household care items. While consumers may cut spending on other discretionary items, consumer staples tend to hold up. That explains why the companies that sell them also tend to be resilient despite the market turmoil going on around them.

If the recent drop in the market and volatility is just a blip, then the recent resurgence of the Dow may mean that investors can find better returns elsewhere. However, if the volatility continues, it may be worth finding cover with these five consumer staple safe havens.

What is Otting’s plan for GSE reform? It’s complicated

Back and Forth After Jobs Report; Still Sideways