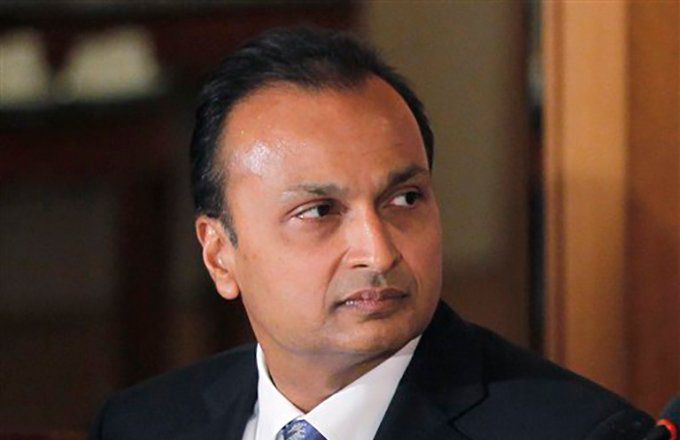 India is the world’s largest democracy, and its economy has been growing rapidly over the past few decades. As a country, it also holds the second-largest native population behind China. Not surprisingly, India has produced a number of billionaire businessmen and businesswomen.

Although there are still many who live in poverty due to India’s high levels of income inequality, the country has maintained a long tradition of entrepreneurship and wealth creation.

Dhirubhai Ambani (1932-2002) is an Indian businessman who started out humbly by selling traditional snacks to religious pilgrims. His business soon grew, and he expanded and diversified into industries including telecommunications, power generation, information technology, consumer goods, and logistics.

Today, Reliance Industries is India’s largest private company and is listed on the Fortune 500. Ambani’s sons now run Reliance and are some of India’s wealthiest people: Mukesh Ambani, 62, is worth over $55.6 billion and Anil Ambani, 60, used to be the sixth-richest person in the world, is now worth an estimated $109 million.

Jehangir Ratanji Dadabhoy Tata or JRD Tata (1904-1993) was born in Paris to Indian and French parents. He was trained as an aviator in Europe and later became India’s first commercial airline pilot. Working for the family business, TATA group, he set out on his own and built TATA Airlines, which ultimately became the modern Air India.

By the time of JRD Tata’s death, TATA owned nearly 100 different businesses across many industries. Notably, his automobile venture, Tata Motors (TTM), produces economical automobiles that nearly all working Indians can afford to own. JRD Tata is descended from Jamsetji Tata who founded the TATA group of companies in the mid-1800s.

Nagavara Ramarao Narayana Murthy, age 73, is an Indian entrepreneur who co-founded IT giant Infosys (INFY) with an initial investment of 10,000 rupees, or just a few hundred dollars in today’s terms.

With a net worth of $2.5 billion, he is often referred to as the father of the Indian IT industry, serving as CEO of Infosys from 1981 until 2002, and then its chairman until 2011. Infosys currently has a market capitalization of around $46 billion.

Shiv Nadar, 74, founded HCL Infosystems in 1976 with an investment of a few thousand dollars, selling calculators and microcomputers. HCL soon expanded to Singapore and the far east, generating over 1 million rupees in sales not long after its expansion. HCL has continued to grow, making Nadar a billionaire worth over $16.2 billion.

Lakshmi Niwas Mittal, 69, is an Indian entrepreneur who began his career working for his father’s steel business. He later set out on his own, due to family infighting and created what is now one of the largest steelmakers in the world, ArcelorMittal (MT). ArcelorMittal currently has a market capitalization of nearly $18 billion. Mittal himself is worth nearly $12.3 billion.

Ghanshyam Das Birla (1894-1983) is a well-known Indian businessman who started his first company in the early 1900s operating a cotton and textile mill. By 1919, Birla’s businesses also included significant paper and sugar production. By the time he died, Birla Group was a multi-sector global conglomerate.

His great-grandson Kumar Mangalam Birla, 52, now runs the company and commands a net worth of $9.9 billion.

Dilip Shanghvi, 64, started Sun Pharmaceuticals in 1982 with a meager 10,000 rupee investment, or approximately $200. As the son of a pharmaceutical distributor, Shanghvi knew what he was doing. Today, through gradual development and a series of acquisitions, that investment has grown to a value of nearly 2 trillion rupees, making Sun India’s largest pharmaceutical company. Today, Shanghvi has a net worth of around $7.7 billion.

Azim Premji, 74, is worth an estimated $7.2 billion and is the chairman of Wipro Industries (WIT), a diversified software and technology company that many have compared to Microsoft. Premji is sometimes referred to as India’s Bill Gates as a result, alongside his informal title as “czar” of the Indian IT industry.

Mukesh “Micky” Jagtiani, 67, is an Indian-Emirati businessman who has spent most of his life outside of India. While he was educated in Mumbai and Beirut, he moved to London for accounting school, before dropping out. Soon, starting his first company while driving a taxi, his company eventually grew into the retail and real estate giant Landmark, now based out of Dubai.

In recent years, Landmark has even expanded into e-commerce. Jagtiani is worth over $3.5 billion.

Ardeshir Godrej (1868-1936) co-founded the Godrej Group, a diversified conglomerate with interests in real estate, consumer products, security, household appliances, and industrial tools. The company had modest beginnings—Ardeshir and his brother succeeded at locksmithing after failed ventures into hand-fashioned medical devices.

Godrej Group was founded with a 3,000-rupee investment, and the Godrej companies have revenues of over $4.1 billion today. His grandson, Adi Godrej, who runs the company, is worth $2.7 billion.

The GDP per capita in India, which has risen in recent years.

Still, we should not forget that GDP per capita in this country of over 1 billion people is just $2,010 per year, demonstrating one of the highest rates of income inequality in the world.

Spring break deals: How to save on travel using credit cards

Applied Materials Stock at ‘Reversion to the Mean’