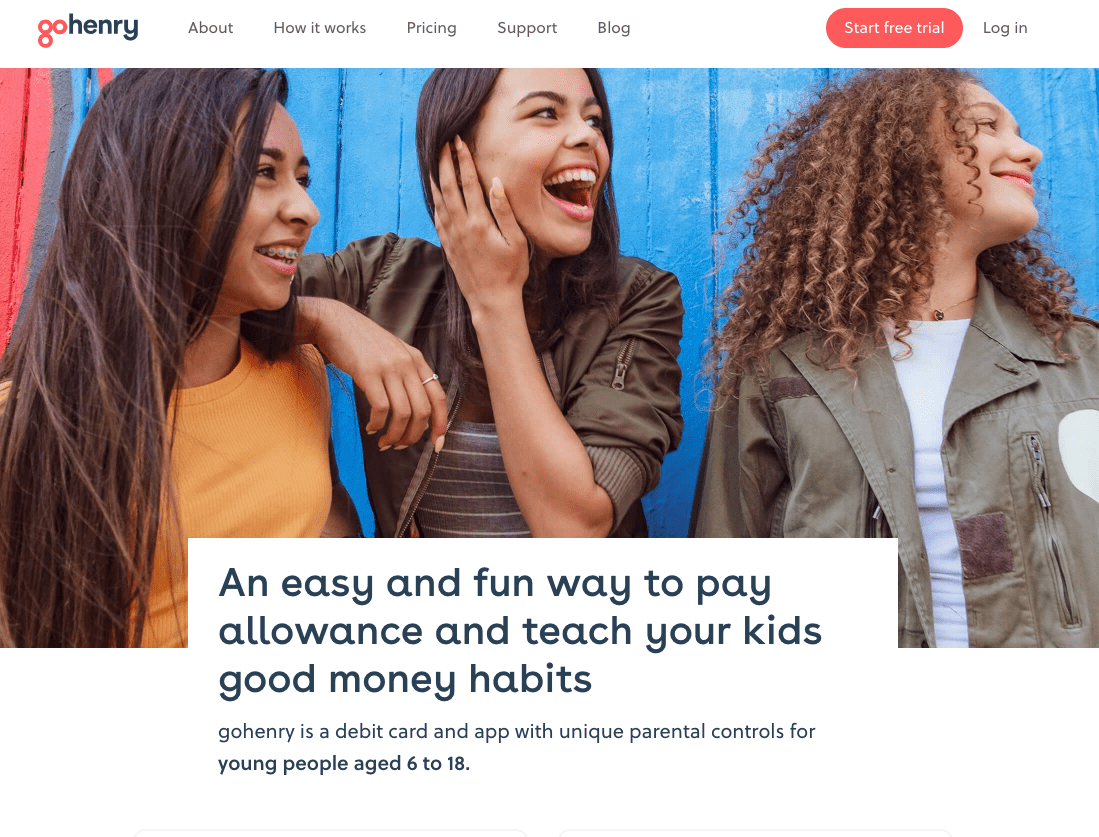 GoHenry is an online app and debit card designed to help children from age six to 18 manage their allowances through intuitive budgeting and responsible spending. Launched in 2012, the United Kingdom-based company offers unique parental controls, letting moms and dads individually monitor the debit card transactions for each of their children. GoHenry, which is available in the U.S. and the U.K., is free for the first month, and then charges a $3.99 monthly fee per child. In 2018, the startup revealed its goal to reach 15% of the addressable market in both countries, which would entail 6.6 million child accounts, valued at $328 million.

GoHenry is has been highly successful in raising money from its management team and co-founders, as well as from a network of angel investors, including several bigwigs from private and public internet companies. The company has also enjoyed major crowdfunding success. It broke an equity crowdfunding world record in 2016, by raising $5.6 million on Crowdcube. In 2018, the company broke yet another record by raising $8.1 million, of which $3 million came from the platform’s users. In total, there are 3,300 discrete investors.

How The App Works

The app’s success relies on parental desire to monitor children’s spending habits. Parents can log onto their goHenry account through a mobile app or via the company’s website to observe the transactional histories of the linked prepaid Visa debit cards given to each child. Since only the money on the cards can be spent, there is no risk of incurring debt or triggering overdraft fees.

GoHenry lets parents customize the parameters for each child, by establishing weekly spending limits, restricting where the card can be used, and locking and unlocking the cards at will. The built-in budgeting tools let children view their finances in graph formats while incentivizing them earn extra cash by accomplishing a pre-determined list of household chores.

GoHenry is currently led by CEO Alex Zivoder, a London-based father of two. Before taking the helm of the company three years after its launch, Zivoder held management positions at online education company Lynda.com and served as a senior VP at online travel vendor Expedia Inc.

According to Crowdfund Insider, goHenry posted significant revenue growth in recent years, upping its top line by 117% in 2017. As of February 9, 2010, its estimated annual revenue is $1.8 million. At the time of this writing, the company has not announced plans go public.

On TrustPilot, goHenry’s average consumer rating is 4-stars. But the company is not without critics. Out of 1,210 reviews, 5% of customers rated goHenry’s services at below average. Among the chief complaints: unauthorized fund withdrawals, accounts closing without notice, and overcomplicated technology for children.

GoHenry’s competitors include U.K.-based Osper and RoosterMoney, and Australia-based Spriggy. But according to Zivoder, goHenry’s biggest challenge has been generating market awareness. Simply put: many people do not realize this service exists. In fact, very few prospective customers even search for such services online.

According to Warren Mead, banking partner at KPMG, wooing new customers is challenging for all small startups in the banking space, explaining: “Just 2% of banking customers switch current accounts each year, while 30% switch their car insurance.”

GoHenry’s long-term appeal remains to be seen, but its revenue growth and rising customer base indicate it will enjoy profitability over the long haul.

During its launch, the company pegged its pre-funding valuation at $75.7 million.

Will Tesla Be Taken Over by Ford, Apple or Toyota?

DCEX Uses Ripple Tech | The Exchange Based on Ripple (XRP)

How not to pick the wrong credit card

Why Homebuilding Stocks Once In Bear’s Claws Can Rebound Longterm