NMI Holdings saw its insurance-in-force grow 38% over the past year as 90% of its clients used its black box pricing module during the fourth quarter.

The parent of National MI reported fourth-quarter earnings of $50.2 million, compared with $49.8 million in the third quarter and $35.5 million in the fourth quarter of 2018.

“After a string of quarters where results significantly exceeded expectation, this result may have a moderating effect of the stock,” wrote B. Riley FBR analyst Randy Binner in a research note. “However, loss and premium production figures remain largely in place, and expenses continue to trend better, supporting the earnings outlook.” 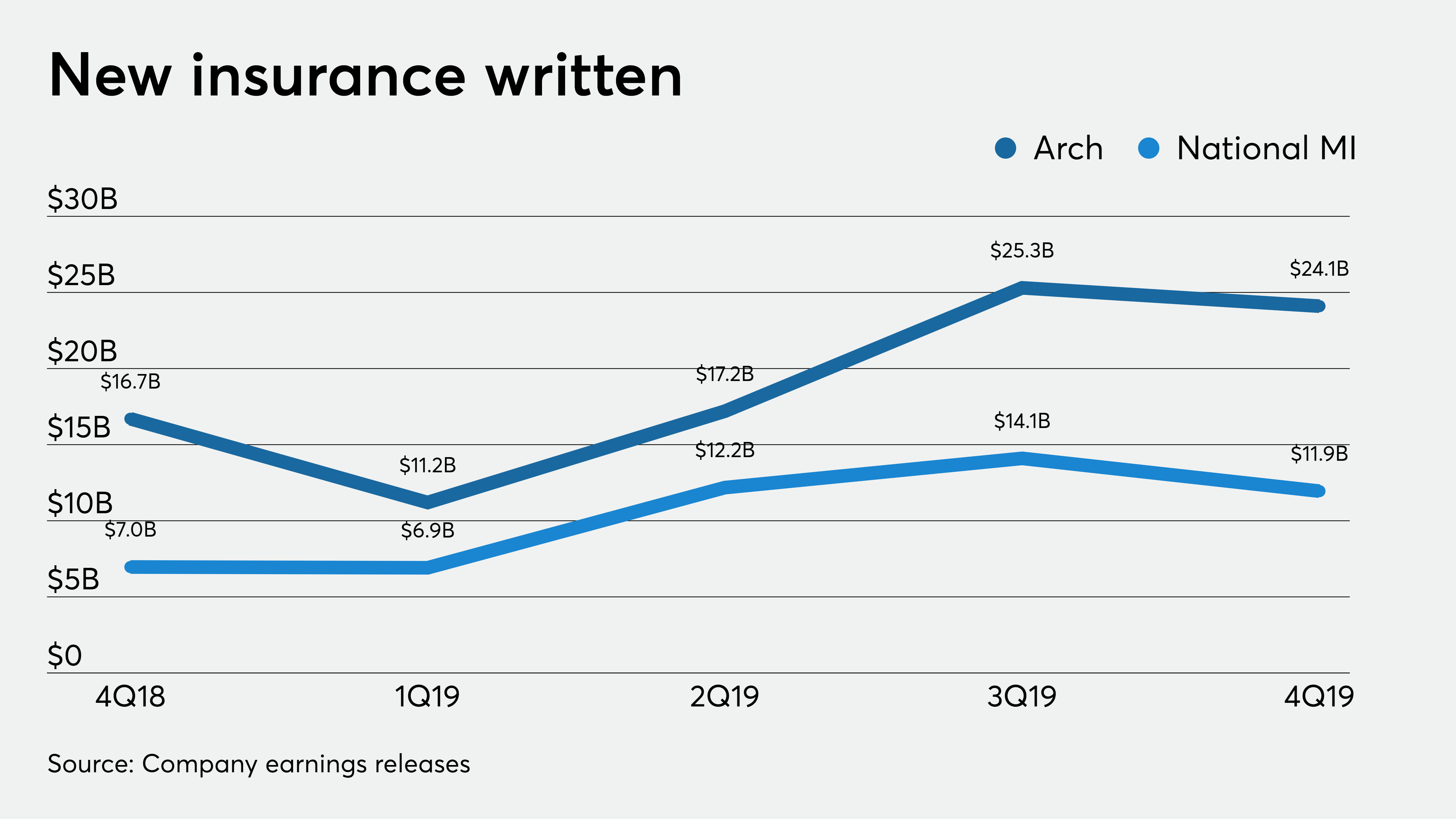 Its new insurance written totaled $11.9 billion, well ahead of Binner’s expectations of $7.2 billion. While this dropped from $14.1 billion in the third quarter — the most the company did in a single three-month period — it improved over the $7 billion from one year ago.

More than 95% of its customers use Rate GPS, its risk-based pricing program, company President Claudia Merkle said during a conference call.

“Lenders are prioritizing technology to drive improvements in the consumer experience and streamline their business processes,” Merkle said. “As they do, their expectations for their mortgage insurance partners are evolving. They expect us to offer technology-enabled solutions to have embedded connectivity with third-party origination systems and point-of-sale platforms and to meet their drive for process efficiency with accelerated response times.”

In the fourth quarter, National MI added 18 new lenders, and for the full year it activated 94 new lenders including six from the top 200 originators, Merkle said.

“There’s obviously a lot more that we do on the front end with individual underwriting and Rate GPS. But it’s not just as a funding matter but also as a risk matter, we see great value. But reinsurance for us, in all of its forms, it’s better than debt-like cost of funding,” Pollitzer said.

Using these structures removed much of the tail risk for NMI, said BTIG analyst Mark Palmer in a report.

“We view the use of these vehicles as a game-changer for the PMI industry, and we believe NMI as the most aggressive user of them within the space is particularly deserving of a fuller valuation given the extent to which it has leveraged them to reduce the volatility of its future earnings,” said Palmer.

Separately, the mortgage insurance segment at Arch Capital Group had underwriting income of $276.5 million in the fourth quarter, compared with $262.5 million in the third quarter and an increase of 12.5% from $245.8 million for the previous year.

Its primary mortgage insurance underwriter, Arch MI U.S., had $24.1 billion of NIW for the fourth quarter, down from $25.3 billion in the third quarter, but up from $16.7 billion one year prior.

What cryptocurrency can learn from traditional markets

TCF Financial (TCF) Earnings Expected to Grow: What to Know Ahead...

Ocwen gets conditional state approval to merge with PHH Mortgage