While boosting origination volume for lenders and providing financial benefits for borrowers, the refinance boom could have adverse effects down the road, according to TransUnion.

Refinances drove overall mortgage originations to surpass 2.5 million in the third quarter of 2019 for a 39% year-over-year growth. Refis accounted for 43% of all volume compared to 30% the year prior. (TransUnion measures originations by loan count rather than dollar volume.) 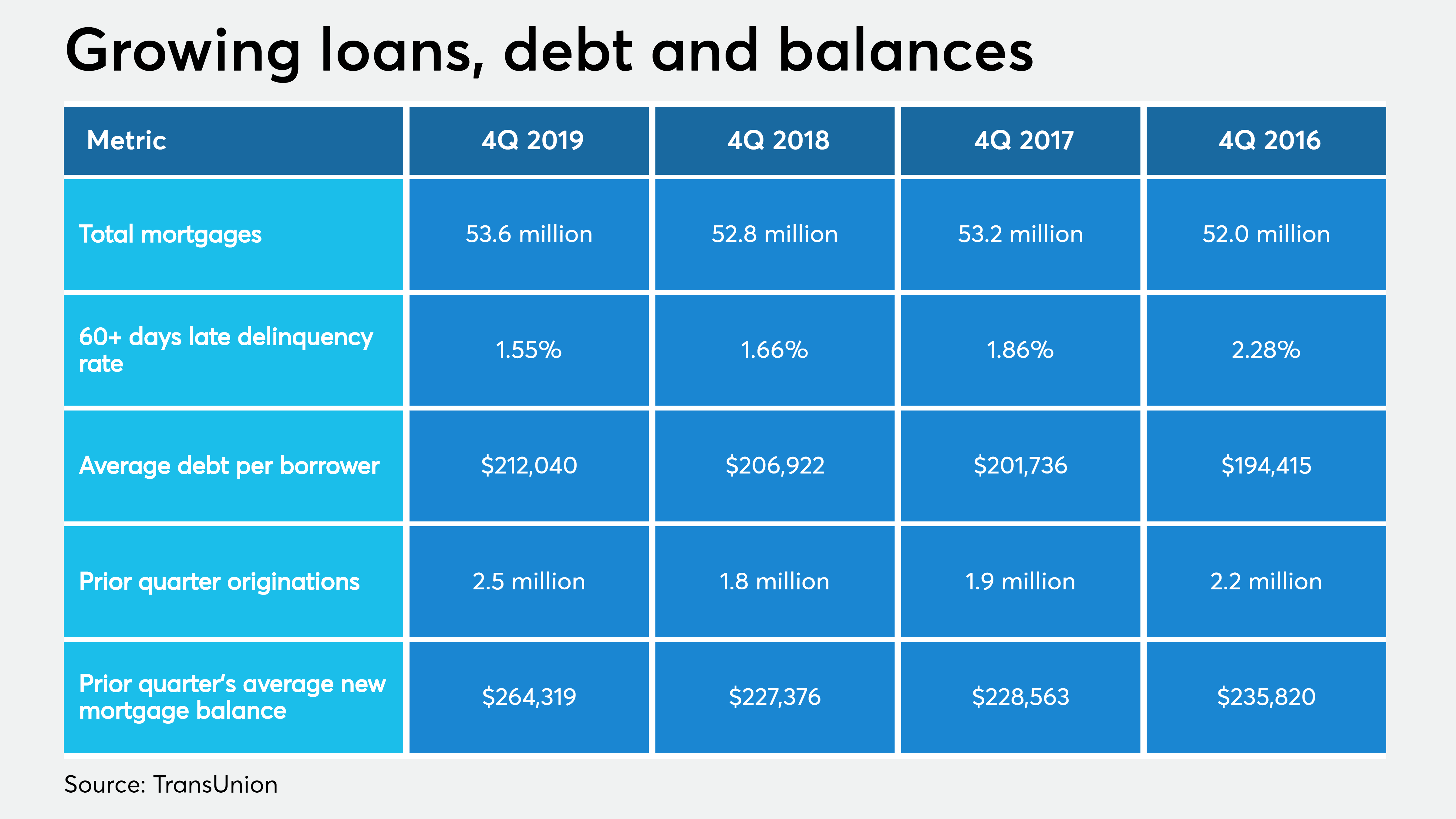 “It’s important to keep in mind the longer term view of this refi boom. In the near term, it’s certainly quite helpful for consumers because they’re getting into lower interest rates,” Joe Mellman, senior vice president and mortgage business leader at TransUnion, said in an interview. “A lot of them are taking advantage of all the home equity they’ve accumulated and cashing some of that out. I think lenders are certainly benefiting because they’re getting a ton of origination volume through these refis. A lot of them even increased their capacity to be able to handle the increased volume.”

The surge in refinances pushed the average mortgage balance to $264,319 in the third quarter from $227,376 the year before. That’s due to borrowers with higher loan amounts taking advantage of the low mortgage rates and refinancing. Though helpful for borrowers now, it could lead to a negative impact on the housing market in the near future.

“Four years down the line, when consumers are thinking about moving up into the more expensive home or neighborhood, if interest rates have gone up, not only do those consumers now have to come up with the money for a more expensive home, but they’re also likely to be getting a higher interest rate,” said Mellman. “That’s a double whammy that consumers could be facing and may leave many feeling reticent to move and almost trapped in their existing home due to that low interest rate on their mortgage.”

If that turns out to be the case, the currently tight supply of starter homes at the low end of the market will be exacerbated. The inventory of affordable houses will be vacated at a slower rate, putting pressure on first-time home buyers and builders to produce more.

The community banker who got tangled up in the Russia probe