Refinance application activity last week was the highest in nearly seven years, with more than triple the volume from one year ago, according to the Mortgage Bankers Association.

The MBA’s Weekly Mortgage Applications Survey for the week ending Feb. 7 found that the refinance index increased 5% from the previous week and was 207% higher than the same week one year ago.

“The mortgage market continues to be active in early 2020, as applications increased for the third straight week. Rates also rose, but still remained close to their lowest levels since October 2016,” Joel Kan, the MBA’s associate vice president of economic and industry forecasting, said in a press release. “The refinance index climbed to its highest level since June 2013, and refinance loan sizes also increased as a result of an active jumbo lending market.” 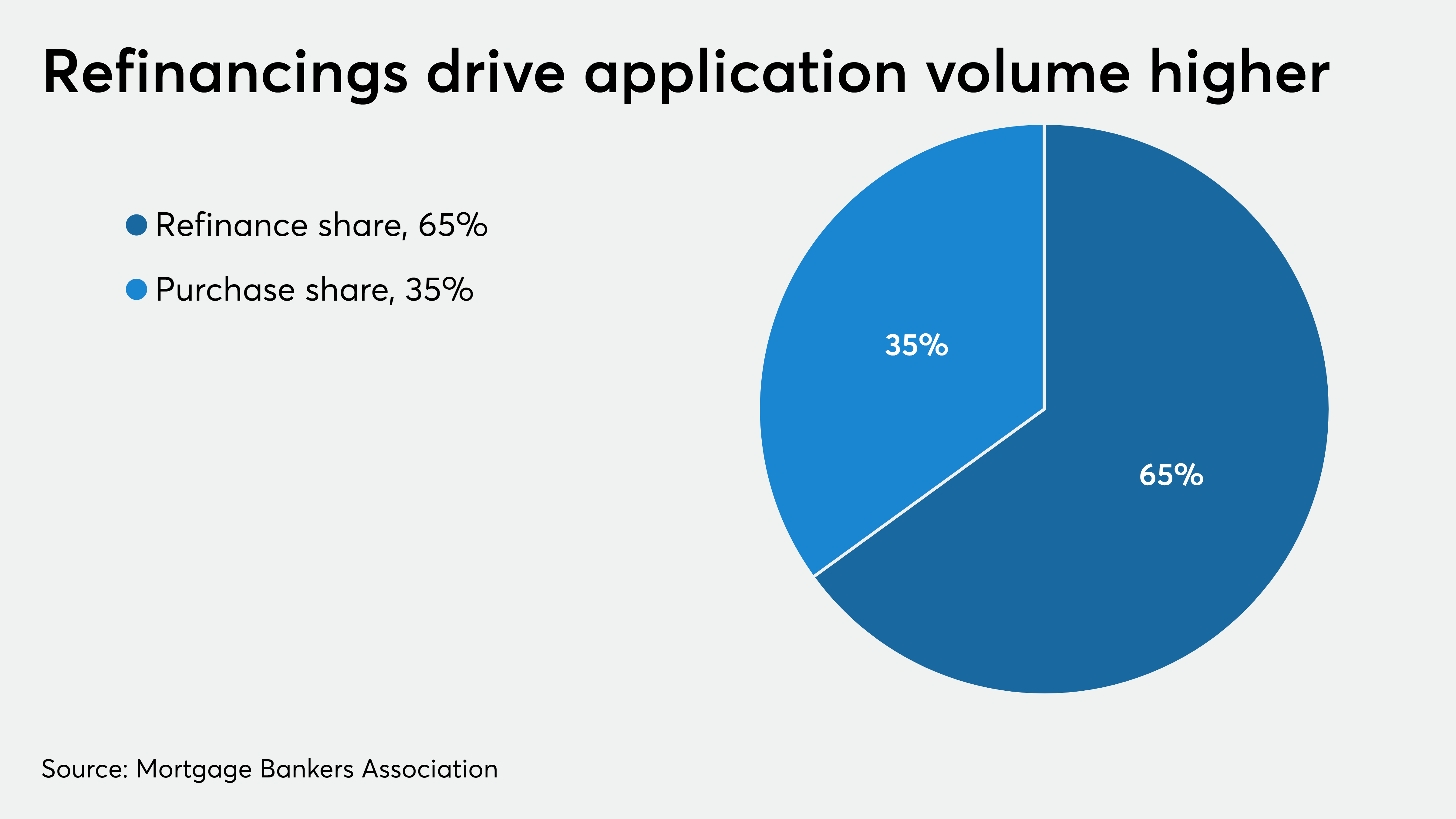 “Last month was the strongest January for purchase applications since 2009, which is perhaps a sign that mild weather brought out prospective buyers earlier than normal.”

The refinance share of mortgage activity increased to 65.5% of total applications from 64.5% the previous week.

Adjustable-rate mortgage activity increased to 6.2% from 5.9% of total applications, while the share of Federal Housing Administration-insured loan applications increased to 9.7% from 9.6% the week prior.

The share of applications for Veterans Affairs-guaranteed loans decreased to 10.1% from 10.2% and the U.S. Department of Agriculture/Rural Development share remained unchanged at 0.4%.

America’s Public Company Accounting Oversight Board gets a new boss

These stocks historically jump the most during the first earnings season...

Tax package could bring on a strong year-end Santa rally in...