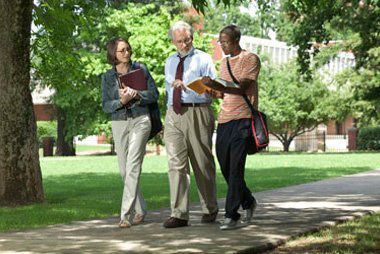 What Is a Revenue Agent’s Report?

The Revenue Agent’s Report (RAR) is a detailed document that describes an IRS examiner’s audit findings and states the amount of deficiency or refund the agent finds the taxpayer to owe or be owed, respectively.﻿﻿ Taxpayers have the right to disagree with a revenue agent’s report and can choose to fight the agent’s findings through a formal protest to the IRS Office of Appeals division by appealing to the U.S. Tax Court, or by paying the new assessment but then suing for a refund.﻿﻿

The Revenue Agent’s Report (RAR) shows how any adjustments made to a taxpayer’s liability was calculated, including the procedures applied, tests performed, information obtained, and the conclusions reached in the examination. The report (Form 4549: Income Tax Examination Changes) shows the changes to items of income, credits, and deductions an examiner or agent is proposing to the taxpayer’s return in addition to the proposed taxes, penalties, and interest, if any.﻿﻿ Form 4549 is also accompanied by Form 886A, which explains the reason for the IRS changing a taxpayer’s return.﻿﻿

The bottom line of the RAR states whether the taxpayer underpaid, overpaid, or paid the correct amount of taxes. If the taxpayer overpaid, s/he receives a tax refund. If s/he underpaid, s/he must pay additional taxes, often with interest and penalties. If an Internal Revenue Service (IRS) agent’s report following an audit on a taxpayer’s return results in changes to the taxpayer’s federal taxable income, the IRS will send a notice of final determination to the taxpayer. Upon receiving the notice, a taxpayer has 30 days to appeal the changes with the IRS Office of Appeals.

The IRS notifies state tax authorities when it issues a RAR. State laws require that if the federal government changes a taxpayer’s liability, the taxpayer must file an amended state return within 30 to 90 days following the final determination of the IRS audit. States require that the taxpayer redetermine their state tax liabilities, taking into account the adjustments reflected in the RAR, and provide notification to applicable state tax authorities regarding any related impact.﻿﻿ States have this requirement because the tax liability for any given state is based on federal tax liability. If a taxpayer is deemed to owe more federal tax than what was paid, the taxpayer likely owes more to the state as well. This statute applies whether the taxpayer is an individual or a business. If the taxpayer pays tax in multiple states, the compliance process can be quite burdensome.

Bitcoin Superstar and Bitcoin Era – The Latest Two Faces of...

Ripple Price Analysis: Risk of Bounce Grows In XRP Above $0.3100