Mortgage rates ticked up slightly, marking the first increase in four weeks, but they remain at levels which encourage borrowers to refinance, according to Freddie Mac. 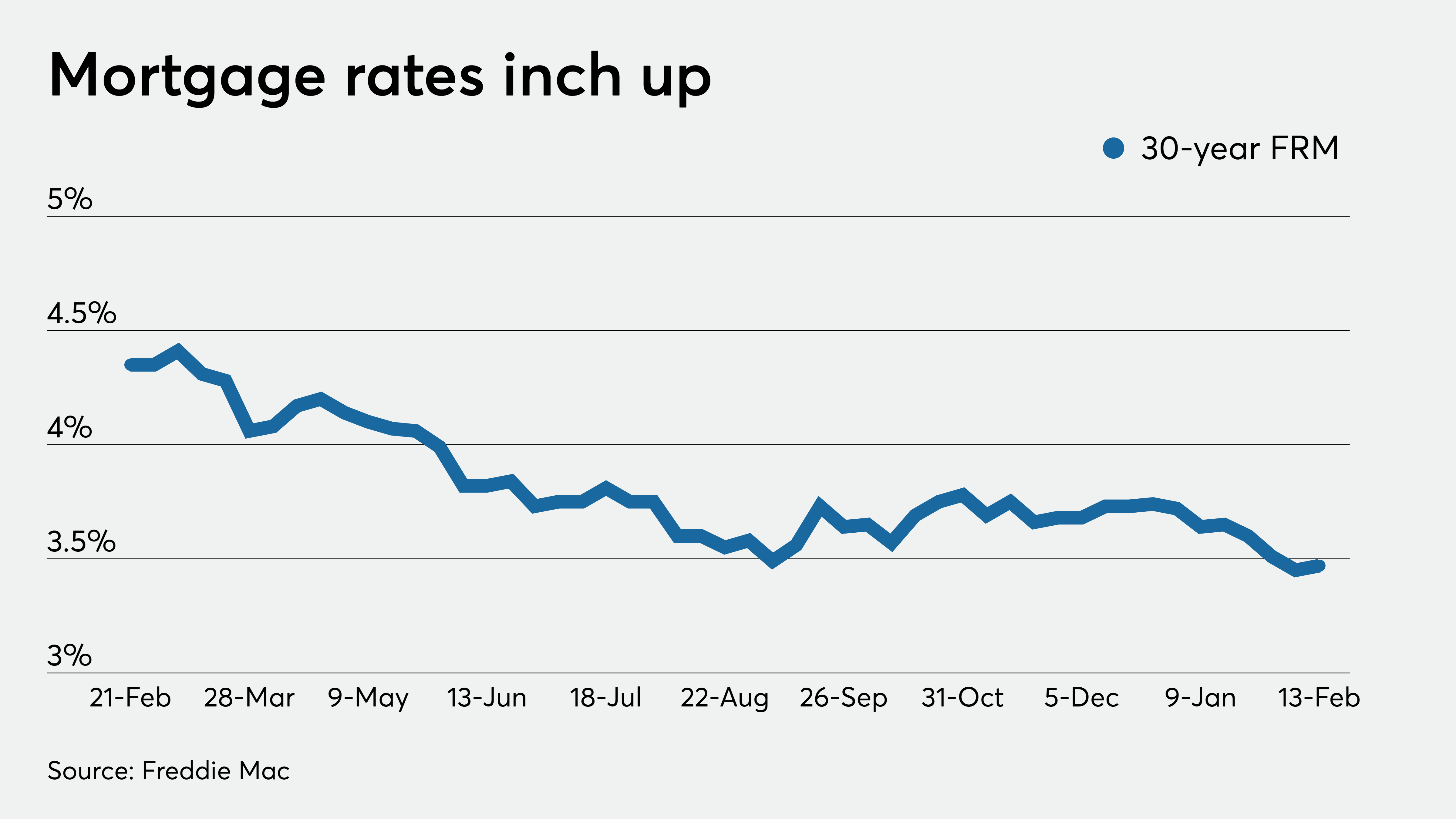 “Mortgage rates fell this week, as fallout from the coronavirus outbreak continued to keep investors on their heels,” Zillow economist Matthew Speakman said in a Feb. 12 post accompanying the tracker. “This week showed that investors don’t feel the labor market poses a risk to the economy for now, but the coronavirus does. Encouraging economic data releases from the past seven days were no match for the persistent uncertainty surrounding the coronavirus, which continues to have a far greater influence on market behavior. Mortgage rates fell on Friday, despite the release of stronger-than-expected January jobs figures.”

That showed the coronavirus is, and will remain for the time being, the primary driver of mortgage rate movement.

“Positive news on the labor market has had a lesser impact of late — largely due to its enduring strength — but a downward movement in rates following such a strong report was an eye-opener nevertheless,” Speakman said. “Until uncertainty about the outbreak begins to recede, it’s likely that these unconventional reactions to data releases will persist. Much remains up in the air, but what’s certain is that the coronavirus will be the main driver of mortgage rate movements for the near future.”

Comptroller of the Currency Visits Compton, California, to Discuss How to...

Dow Plunges After China Lashes Out at ‘Bully’ Trump