The government-sponsored enterprise brought in $7.2 billion in net profit for 2019, down from $9.2 billion the year before. However, the fourth quarter wrapped up on a high note, closing on $2.6 billion in net income, up from $1.7 billion quarter-over-quarter. 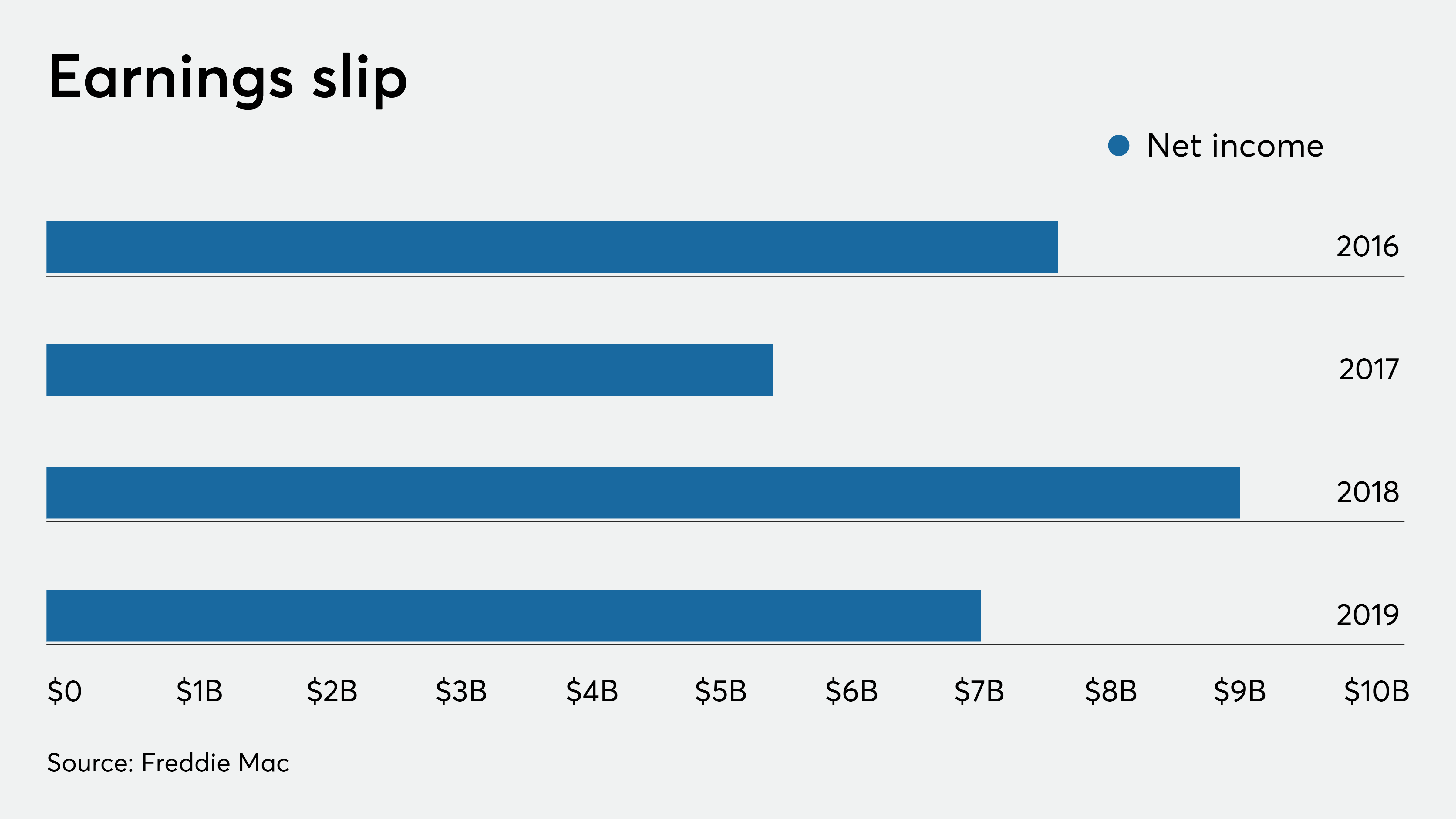 “We saw continued solid earnings for the year overall,” Brickman said during the company’s earnings call. “The modest drop was due to three reasons: the low interest rate environment reduced net interest rate income on our investment portfolio. Second, guaranteed portfolio amortization income decreased, a product of timing differences between when we received the proceeds from loan prepayments and the remittance of those proceeds for security holders. This partially offset otherwise strong business revenue. Third, the investments we made to reduce our risks and make our business more efficient increased our costs.”

The GSE’s return on conservatorship capital — its proxy for return on equity — was 15% for the year, nearly identical to 2018’s 15.2%. Freddie also reduced the amount of conservatorship capital needed to support its business by $4.8 billion. Credit risk transfer activity, home price appreciation, the disposition of legacy assets and a decrease in deferred tax assets were the major contributors to the decrease, according to Brickman.

Freddie Mac’s net worth increased to $9.1 billion at the end of the fourth quarter from $4.5 billion a year earlier due to the company’s ability to retain earnings up until its net worth reaches $20 billion. It did not return a dividend to the Treasury as a result.

While still executing its mission of providing liquidity, stability and affordability to the housing market, 2019 also represented an evolutionary year for the GSE.

That evolution “includes a successful launch of the uniformed mortgage-backed security, our continually evolving credit risk transfer programs, and advancements in our internally and externally focused technology,” said Brickman. “Launched in June, the UMBS is one of the most important developments in housing finance since our founding. In a short time, we have seen more than $27 trillion in securities traded in the to-be-announced market.”

XRP will soon be available to trade on Coinbase Pro

CFPB seeks input on how best to engage the public

The Economy, Employment, Rising Home Prices Whittle Away at Delinquencies