Romano brings three decades of banking experience to the company and most recently served as senior vice president at Capital Markets Cooperative.

While at Capital Markets Cooperative for nearly 11 years, he most recently managed investor relations for its national client base.

Top of Mind Networks said that Sherwood Lawrence will take on the role of chief marketing officer in addition to his current position as chief creative officer.

Lawrence has held a number of C-suite roles since the founding of Top of Mind in 2003, including oversight of the finance, technology and creative departments. 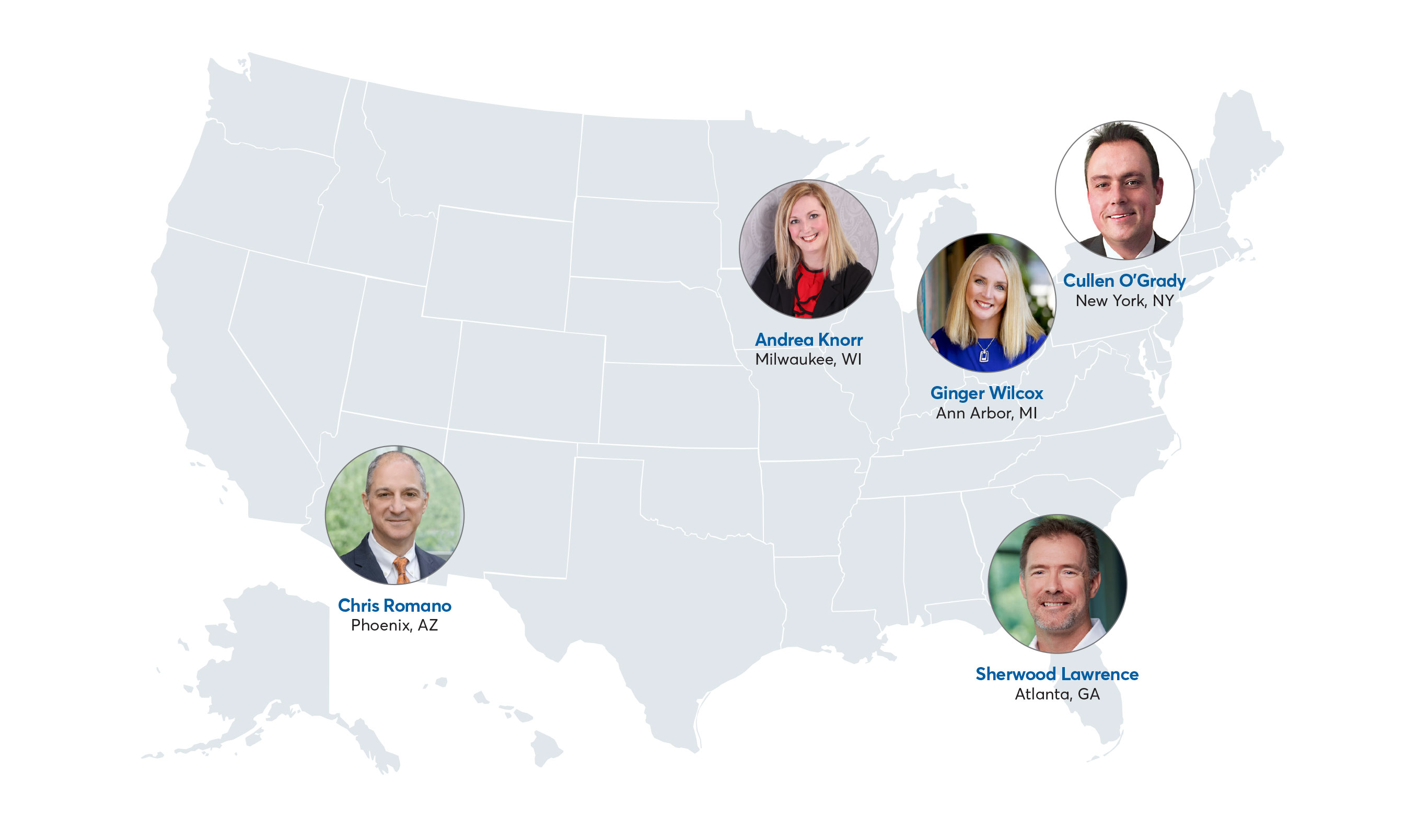 Most recently, Wilcox served as a senior vice president at Capsilon, a provider of software to the mortgage industry.

Before Capsilon, she was part of the founding team at Sindeo, a consumer-direct mortgage startup, where she served as chief marketing officer and chief industry officer.

Greystone has hired Cullen O’Grady as a managing director and senior loan originator based in its Rockville, Md., office.

Prior to joining Greystone, he was a managing director for multifamily and manufactured housing community agency lending with SunTrust Commercial Real Estate (formally Pillar Finance).

In addition, O’Grady led the investment sales and brokerage team at Vanguard Realty Group in Rockville.