In nearly half of Opportunity Zones across the country, median home prices rose annually by more than the national average of 9.4% in the fourth quarter, according to Attom Data Solutions.

There was a 2 percentage point increase from the third quarter in the share of Opportunity Zones where the median price was under $150,000, to 48%.

Tax breaks received from the Tax Cuts and Jobs Act of 2017 attracts investors to develop Opportunity Zones, providing affordable housing in low-income urban and rural communities in poor census tracts across the U.S. 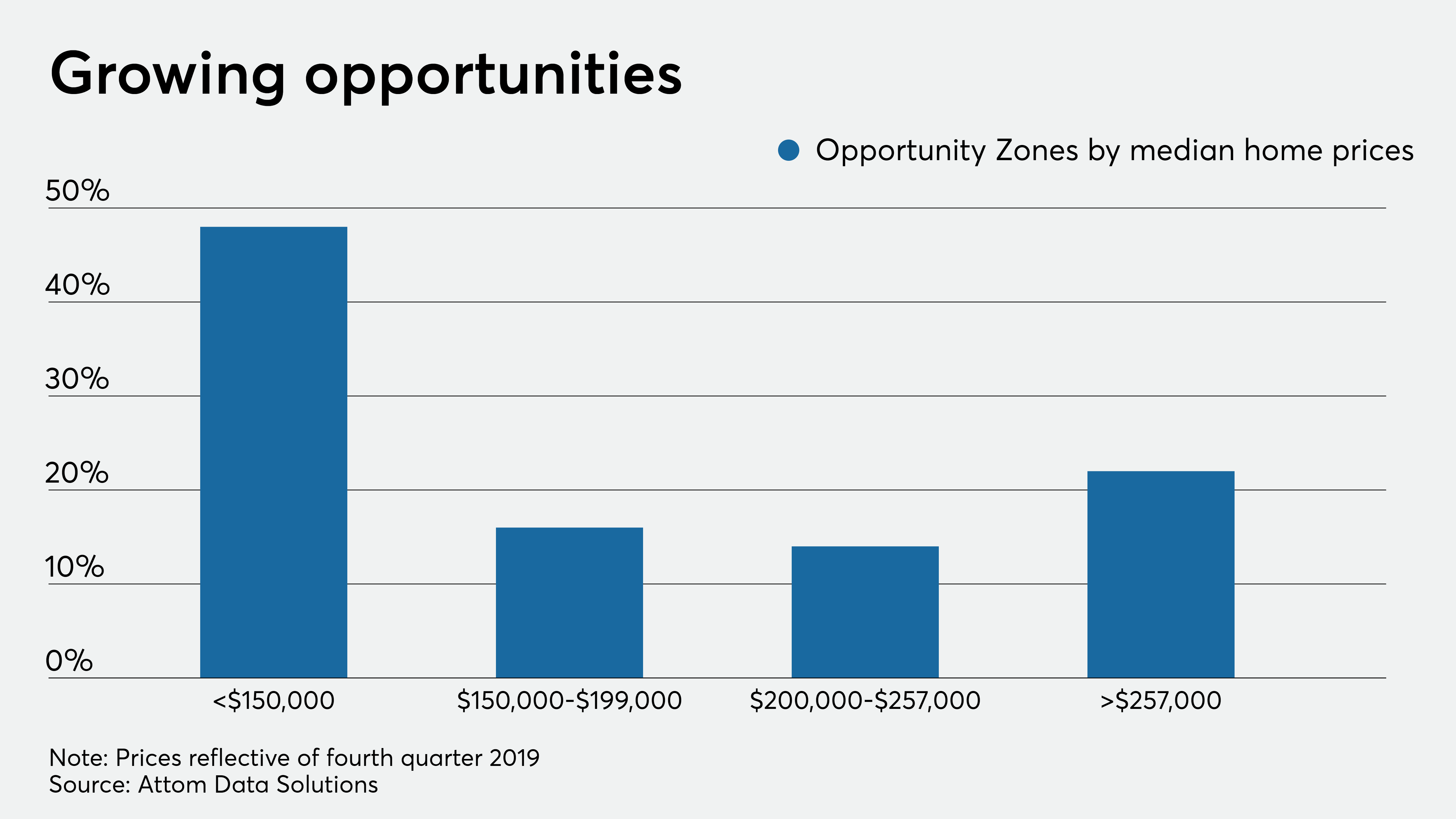 Overall, 78% of the zones had housing prices below the national median of $257,000 while the remaining 22% were above that mark.

“Home prices in thousands of Opportunity Zone neighborhoods targeted for revival across the United States continued to ride the tide of the national housing market boom in the fourth quarter of 2019, marching along with broad trends and even doing better in many areas,” Todd Teta, chief product officer with Attom Data Solutions, said in a press release.

“These areas are among the most vulnerable to economic downturns. As a result, the recent upswing could change on a dime if the broader housing market flattens out or sags. But for now, the price gains are a crucial measure that neighborhoods designated as Opportunity Zone tax breaks hold significant allure for potential residents.”

California led all states by number of zones with 465, followed by Florida with 332 and Texas with 234. By percentage of census tracts meeting Opportunity Zone eligibility, Wyoming’s 17% tops all states, followed by Mississippi with 15%, Washington, D.C., with 14% and Alabama with 13%. Nationwide, 10% of all tracts qualify.

Attom based its report on about 3,700 zones with at least five home sales in the third quarter of 2019 as well as an average of at least five sales per quarter since the start of 2005.

BRIEF-Bank Of Hawaii Says It Is Increasing Minimum Wage Level To...

Homebuilder index drops by most since 2014 as rates rise