Mortgage rates slipped this week, as the stock market sell-off resulted in investors moving into bonds which drove the 10-year Treasury yield down, according to Freddie Mac.

“Given the recent volatility of the 10-year Treasury yield, it’s not surprising that mortgage rates again have dropped,” Sam Khater, Freddie Mac’s chief economist, said in a press release. “These low rates combined with high consumer confidence continue to drive home sales upward, a trend that is likely to endure as we enter spring.”

The 10-year Treasury is the benchmark for long-term mortgage rates.

News that the coronavirus has spread beyond China exacerbated already-jittery investors.

“Markets’ confidence in the containment of the virus was dented in recent days after a sudden surge in the number of cases outside of China prompted new fears of the global economy’s vulnerability to the outbreak,” Zillow Economist Matthew Speakman said when that company released its own rate tracker. “Treasury yields fell sharply as a result, with the yield on the 10-year note plummeting to all-time lows.” 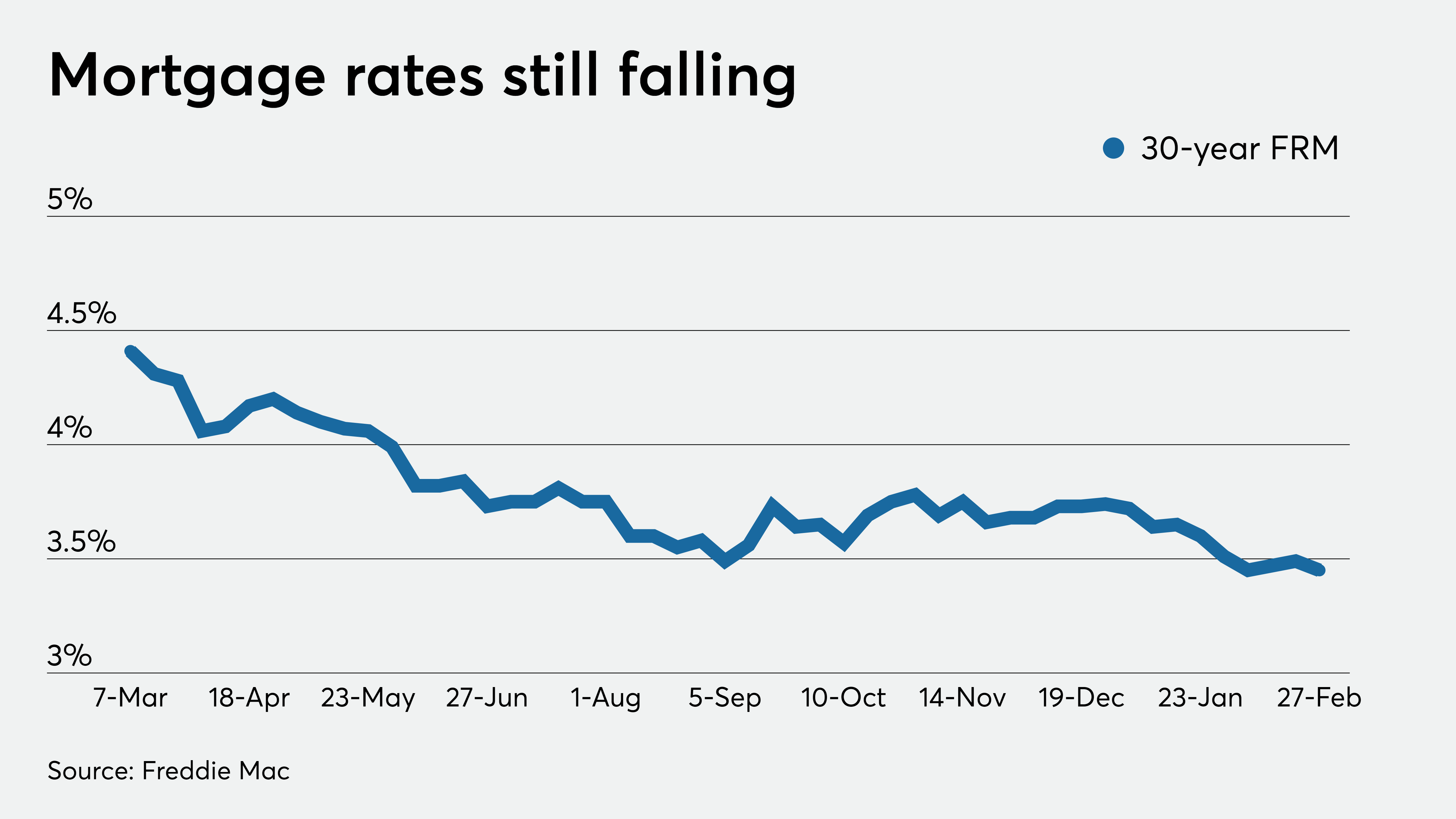 “Mortgage rates, which generally follow the 10-year note, fell too, but not by as much as these conditions would normally indicate. Generally, lenders tend not to keep up with volatile movement in Treasurys like those seen in the past few days, particularly with rates as low as they currently are, opting instead to quote conservative rates and wait until the storm passes,” said Speakman.

Speakman doesn’t think home loan interest rates will drop at the same pace as Treasury yields, at least in the near term.

“So while mortgage rates are likely to remain low as the breadth of the coronavirus outbreak continues to be digested, any downward movement will be muted compared to that of the 10-year yield. And, of course, if the tone of news regarding the outbreak should suddenly shift in a positive direction, a strong bump in mortgage rates would almost certainly follow,” Speakman said.

8 Crypto Debit Cards You Can Use Around the World Right...

Buy & Sell is Coming to America

Pending home sales fell by more than expected in February