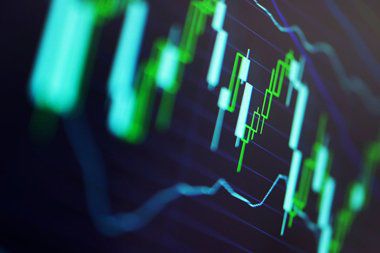 Buying back, or repurchasing shares can be a sensible way for companies to use their extra cash on hand to reward shareholders and earn a better return than bank interest on those funds. However, in many cases, share buybacks are seen as just a ploy to boost reported earnings—since there are fewer shares outstanding for calculating earnings per share. Even worse, it could be a signal that the company has run out of good ideas with which to use its cash for other purposes.

In the wake of the 2020 global coronavirus outbreak, companies that had spent billions of dollars on share buybacks over the previous several years saw their stock prices plummet, with little cash on hand left to stem the fallout in the markets, or to pay furloughed employees. As a result, the practice of stock buybacks has again been put under the critical microscope.

This means that investors can’t afford to simply take buybacks at face value. Find out how to examine whether a buyback represents a strategic move by a company or a desperate one.

A share buyback occurs when a company purchases some of its shares in the open market and retires these outstanding shares. This can be a great thing for shareholders because after the share buyback, they each will own a bigger portion of the company, and therefore a bigger portion of its cash flow and earnings. The company will also be buying shares in the market, bidding up the prices of the stock and reducing the overall supply of shares outstanding.

In theory, management will pursue share buybacks because they offer the greatest potential return for shareholders—a better return than it could get from expanding operations into new markets, investing in the brand or any of the other uses that the company has for cash. If a company with the potential to use cash to pursue operational expansion chooses instead to buy back its stock, then it could be a sign that the shares are undervalued. The signal is even stronger if top managers are buying up stock for themselves.

Most importantly, share buybacks can be a fairly low-risk approach for companies to use extra cash. Re-investing cash into, say, R&D or a new product can be very risky. If these Investments don’t pay off, that hard-earned cash goes down the drain. Using cash to pay for acquisitions can be perilous, too. Mergers hardly ever live up to expectations. Share buybacks, on the other hand, let companies invest in themselves when they are confident their shares are undervalued and offer a good return for shareholders.

Some of the time, share buybacks can be a great thing. But oftentimes, they can be a downright bad idea and can hurt shareholders. This can happen when buybacks are done in the following circumstances:

1. When Shares Are Overvalued

For starters, buybacks should only be pursued when management is very confident the shares are undervalued. After all, companies are no different than regular investors. If a company is buying up shares for $15 each when they are only worth $10, the company is clearly making a poor investment decision. A company buying an overvalued stock is destroying shareholder value and would be better off paying that cash out as a dividend so that shareholders can invest it more effectively. (Find out what dividends can do for your portfolio in The Power Of Dividend Growth.)

Buybacks can boost EPS. When a company goes into the market to buy up its own stock, it decreases the outstanding share count. This means earnings are distributed among fewer shares, raising earnings per share. As a result, many investors applaud a share buyback because they see increasing EPS as a surefire approach to raising share value.

But don’t be fooled. Contrary to popular wisdom (and, in many cases, the wisdom of company boards), increasing EPS doesn’t increase fundamental value. Companies have to spend cash to purchase the shares; investors, in turn, adjust their valuations to reflect the reductions in both cash and shares. The result, sooner or later, is a canceling out of any earnings-per-share impact. In other words, lower cash earnings divided between fewer shares will produce no net change to earnings per share.

Of course, plenty of excitement gets generated by the announcement of a major buyback as the prospect of even a short-lived EPS rise can give share prices a pop-up. But unless the buyback is wise, the only gains go to those investors who sell their shares on the news. There is little benefit for long-term shareholders.

Many executives get the bulk of their compensation in the form of stock options. As a result, buybacks can serve a goal: as stock options are exercised, buyback programs absorb the excess stock and offset the dilution of existing share values and any potential reduction in earnings per share.

By mopping up extra stock and keeping EPS up, buybacks are a convenient way for executives to maximize their own wealth. It’s a way for them to maintain the value of the shares and share options. Some executives may even be tempted to pursue share buybacks to boost the share price in the short term and then sell their shares. What’s more, the big bonuses that CEOs get are often linked to share price gains and increased earnings per share, so they have an incentive to pursue buybacks even when there are better ways to spend the cash or when the shares are overvalued.

For executives, the temptation to use debt to finance earnings-boosting share purchases can be hard to resist, too. The company might believe that the cash flow it uses to pay off debt will continue to grow, bringing shareholder funds back into line with borrowings in due course. If they’re right, they’ll look smart. If they’re wrong, investors will get hurt. Managers, moreover, have a tendency to assume that their companies’ shares are undervalued—regardless of the price. When done with borrowing, share buybacks can hurt credit ratings, since they drain cash reserves that can serve as a cushion if times get tough.

One of the reasons given for taking on increased debt to fund a share buyback is that it is more efficient because interest on the debt is tax deductible, unlike dividends. However, debt has to be repaid at some time. Remember, what gets a company into financial difficulties is not lack of profits, but lack of cash.

5. To Fend Off an Acquirer

In some cases, a leveraged buyback can be used as a means to fend off a hostile bidder. The company takes on significant additional debt to repurchase stocks through a buyback program. Such leveraged buybacks can be successful in thwarting hostile bids by both raising the share value (hopefully) and adding a great deal of unwanted debt to the company’s balance sheet.

It’s very hard to imagine a scenario where buybacks are a good idea, except if the buybacks are undertaken when the company feels its share price is far too low. But, then again, if the company is correct and its shares are undervalued, they will probably recover anyway. So, companies that buy back shares are, in effect, admitting that they cannot invest their spare cash flow effectively.

Even the most generous buyback program is worth little for shareholders if it is done in the midst of a poor financial performance, a difficult business environment or a decline in the company’s profitability. By giving EPS a temporary lift, share buybacks can soften the blow, but they can’t reverse things when a company is in trouble.

As investors, we should look more closely at share buybacks. Look in the financial reports for details. See whether the stock is being awarded to employees and whether repurchased shares are being bought when the shares are a good price. A company buying back overvalued stock—especially with lots of debt—is destroying shareholder value. Share repurchase plans aren’t always bad, but they can be. So be careful out there.

What are the differences between the Federal Funds Rate and LIBOR?

Here are the most and least affordable cities to live in

French governor warns of the perils of ‘impatience’

Chase cuts benefits on 1 card, is reviewing other cards’ perks

Chinese Miners Flock to Sichuan for Cheap Electricity During the Wet...

Bain Capital Asia Fund IV closes with $4.65 billion, above its...

Energy stocks are coming off their worst week of the year