With ambiguity surrounding the length of the COVID-19 outbreak and damage it will cause, consumers are becoming diffident in taking out a mortgage for a major purchase, according to Zillow.

While the current low interest rate environment would normally catalyze a sweltering start to home buying season, early signs show a slowing housing market due to financial insecurity during the pandemic. 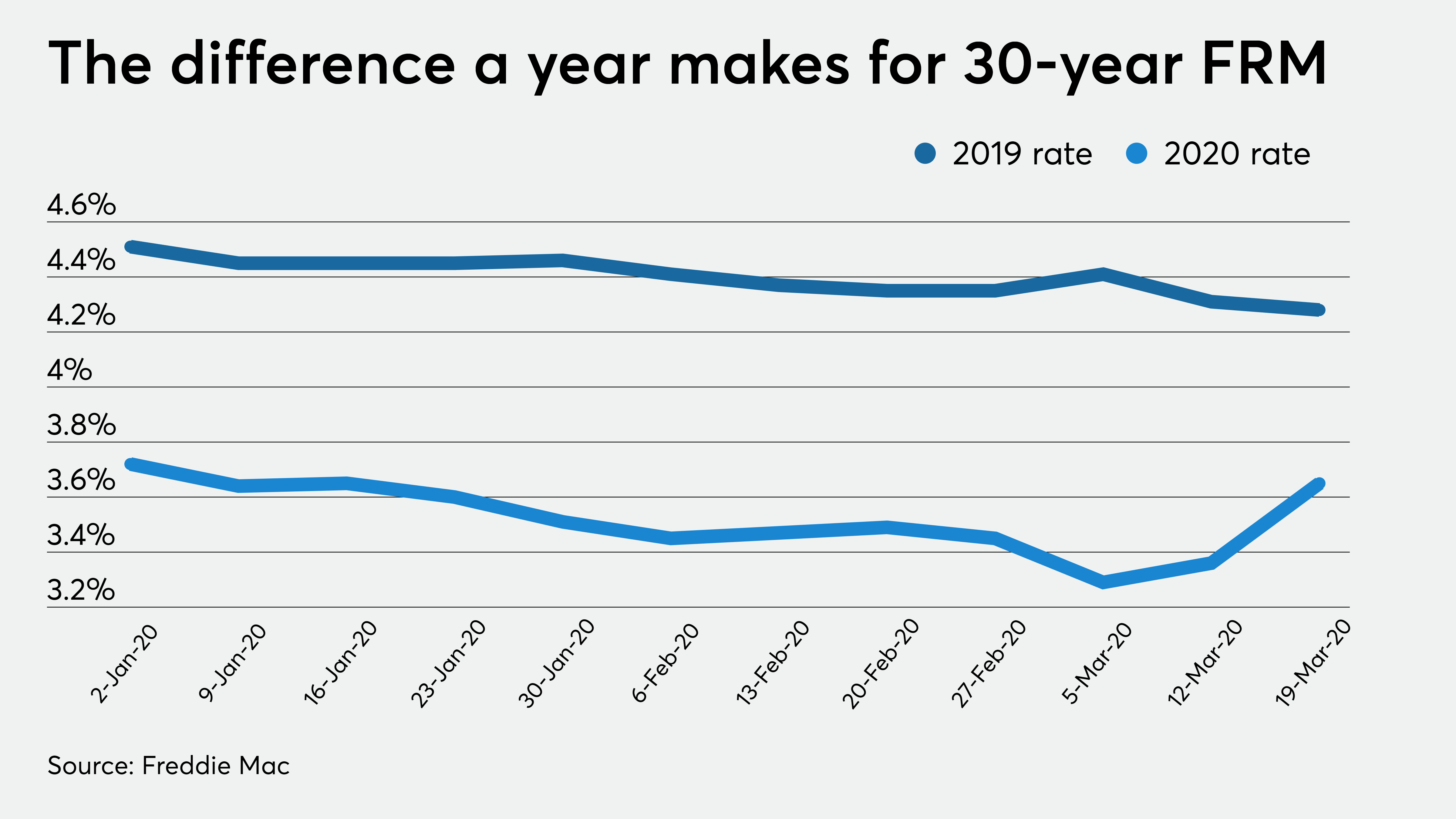 Average rates for 30-year mortgages stayed below 3.5% for all of February and the first half of March, including an all-time nadir of 3.29% on March 5, based on Freddie Mac’s weekly releases. It produced a tidal wave of refinances towering nearly 500% higher than the same time year-over-year. However, the latest application survey from the Mortgage Bankers Association showed a 30% drop in volume from the week before.

“The U.S. housing market has entered truly uncharted territory, shaken by the COVID-19 pandemic and a corresponding, sharp economic contraction that has already caused millions of Americans to lose their jobs,” Zillow economist Jeff Tucker said in a press release.

“Rock-bottom mortgage rates have provided some small financial relief for homeowners and buyers, but it hasn’t been enough to avoid a slowdown. The big question at the moment is to what degree measures being taken by local, state and national legislators will help limit the number of foreclosures in the months ahead.”

New-home sales stayed robust in February, hovering near 13-year highs. But that was prior to the impacts of the coronavirus and quarantine orders we see today. With potential buyers more likely to wait out the crisis despite low rates, purchase volumes and overall mortgage activity could plummet in the coming months until the health of people and the economy point back up.

Barbara Yolles to speak at engage.marketing in June

How to earn more rewards with Capital One

The Top 5 Asset Management Firms for 2019

How do Canada Pension Plans and Social Security differ?

CFPB should take back seat to bank regulators on supervision: Mulvaney