There was a nearly 30% week-to-week decline in loan applications as Americans reacted to the uncertainty, both economic and medical, from the spread of COVID-19, according to the Mortgage Bankers Association.

On a seasonally adjusted basis, newly submitted application volume decreased 29.4% from one week earlier, according to the MBA’s Weekly Mortgage Applications Survey for the week ending March 20. 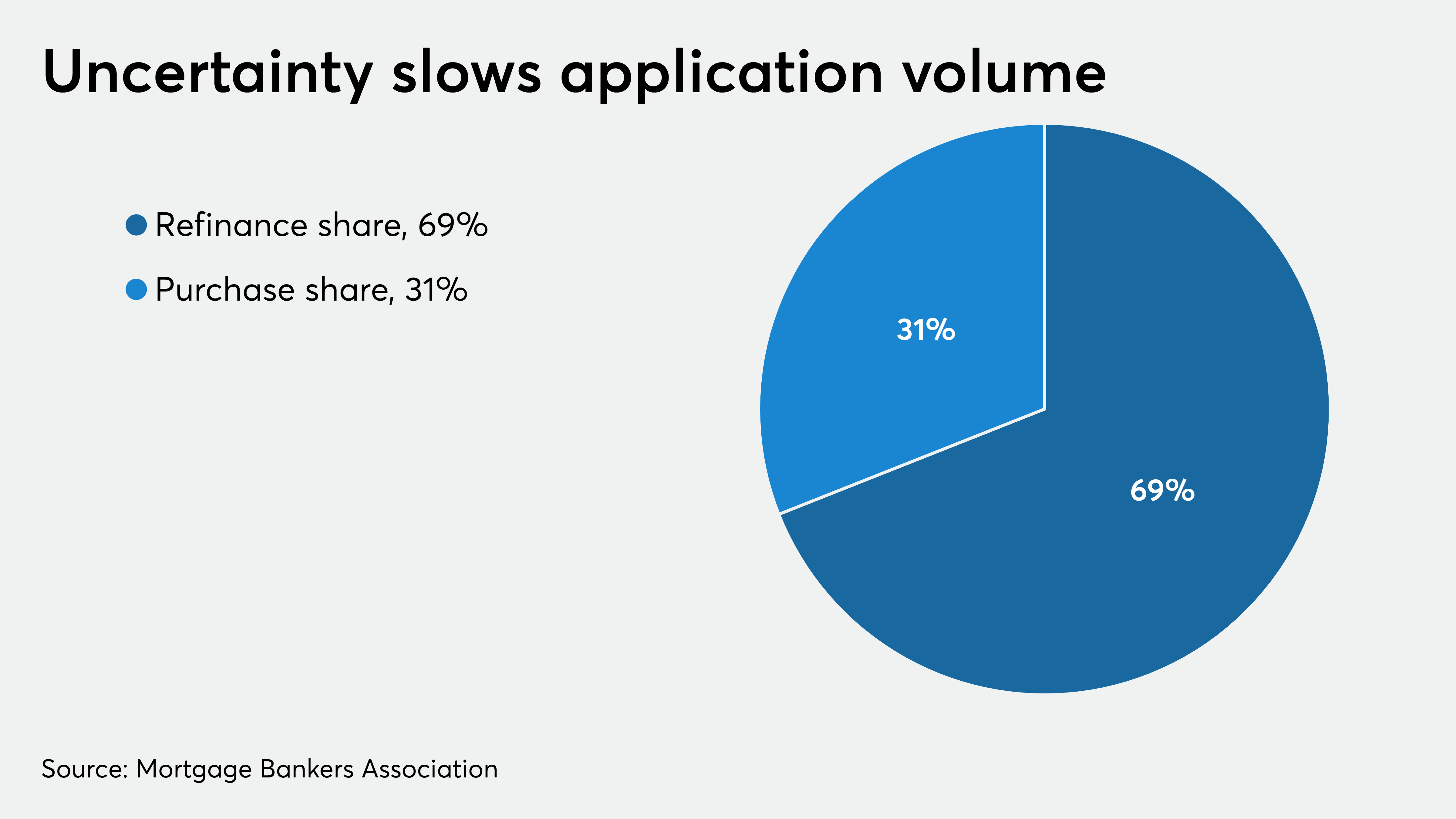 “With these higher rates, refinance activity fell 34%, and both the conventional and government indices dropped to their lowest level in a month. Looking ahead, this week’s additional actions taken by the Federal Reserve to restore liquidity and stabilize the mortgage-backed securities market could put downward pressure on mortgage rates, allowing more homeowners the opportunity to refinance.”

“Home purchase applications were notably impacted by rising rates and the widespread economic disruption and uncertainty over household employment and incomes. Potential homebuyers might continue to hold off on buying until there is a slowdown in the spread of the coronavirus and more clarity on the economic outlook,” Kan said.

The MBA provided some early insight on the effect the coronavirus is having on application activity in three hot-spot states. On an unadjusted basis, volume was down from the previous week by 23% in California and 35% in New York, along with a drop of 17% in Washington. The decline in New York followed a drop of 24% for the week of March 13; for that week, California had a 3% increase.

Adjustable-rate mortgage activity decreased to 6.1% from 6.4% of total applications, while the share of Federal Housing Administration-insured loan applications increased to 8.4% from 7.3% the week prior.

The share of applications for Veterans Affairs-guaranteed loans decreased to 12.5% from 14.5% and the U.S. Department of Agriculture/Rural Development share remained unchanged from 0.4% the week prior.

Barbara Yolles to speak at engage.marketing in June

How to Unlock Creativity and Discover Your Personal Genius