The actions taken by the Federal Reserve to calm the financial markets was key to the drop in mortgage rates this week, according to Freddie Mac.

Market uncertainty is what caused many lenders to increase rates in recent weeks even as 10-year Treasury yields remained low. 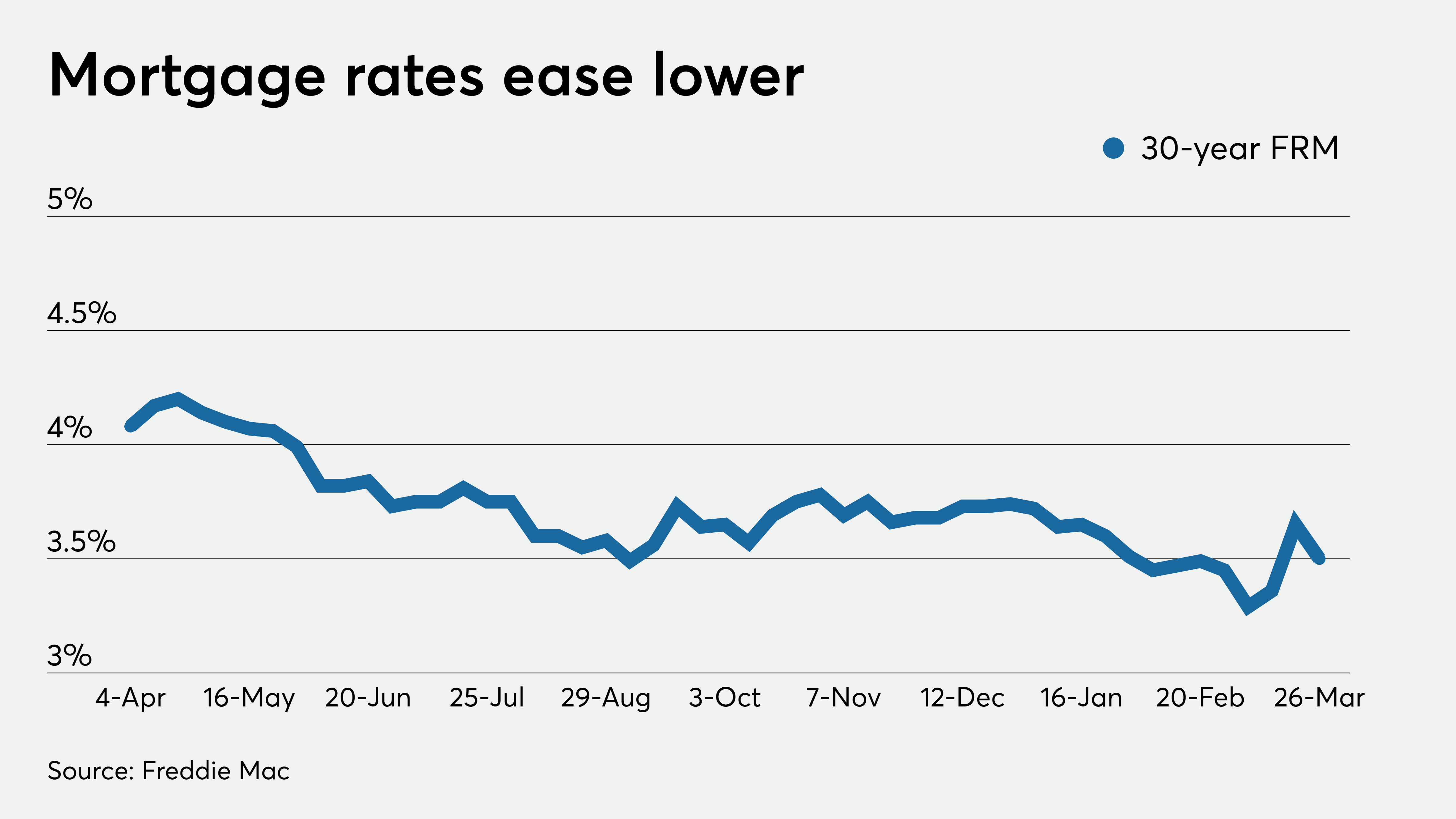 “The Federal Reserve’s swift and significant efforts to stabilize the market were much needed and helped mortgage rates drop for the first time in three weeks,” Sam Khater, Freddie Mac’s chief economist, said in a press release. “Similar to other segments of the economy, real estate demand is softening. However, the combination of the Fed’s actions and pending economic stimulus will provide substantial support to the mortgage markets.”

Looking at rate movements in a one-week snapshot doesn’t tell the entire story of what happened in the past seven days, according to Zillow economist Matthew Speakman.

It was “an otherwise wild stretch marked by one-day swings that would usually unfold over weeks or months,” Speakman said in note that accompanied the release of Zillow’s own rate tracker. “About a week ago, signs of weakness and underlying fractures in financial markets led mortgage rates to rise sharply to multimonth highs, as cash-strapped traders looked to offload any assets possible in order to get cash to meet short-term obligations.”

The Fed’s actions had what he termed to be a positive effect on mortgage rates, “even though some fissures likely remain.”

But the market likely hasn’t seen the end of sudden, large movements of mortgage rates.

“Mortgage rates sharply retreated from their recent (artificial) highs and have since settled down, moving with stock prices and Treasury yields in a more conventional manner,” said Speakman. “Things may have settled down for now, but we’re likely to see more volatile movements in mortgage rates as the next few weeks unfold, and some segments of the mortgage industry continue to face severe liquidity risks.”

Link’s plans to reduce the interchange rate may close 30,000 ATMs

Positive sentiment on housing could be tested by tax reform

Last Will Platform Allows Your Loved Ones to Inherit Your BCH