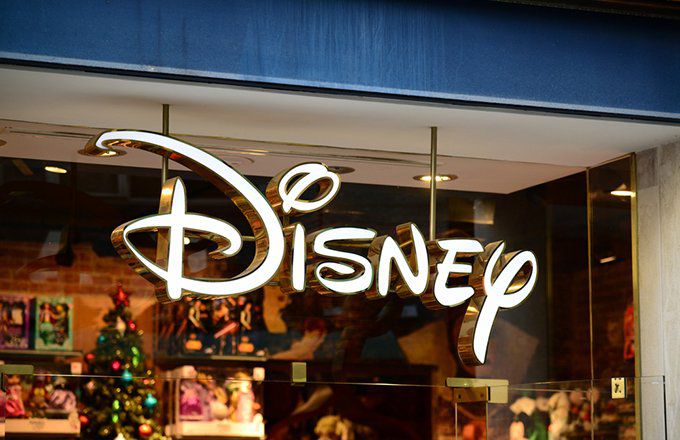 The Walt Disney Company (DIS) is one of the largest diversified international companies specializing in entertainment, media, parks, resorts, and various consumer products. Disney owns some of the most recognized TV channels in the U.S., including Disney, ABC, and ESPN.

The company also operates highly popular amusement parks around the world and produces movies, cartoons, and shows for kids and adults. With its highly recognized brand and a very profitable sports channel, Walt Disney was able to grow its net income by 32% over the last five years ending 2019.

As a result of its successful financial performance, the company has consistently paid and increased dividends year after year, making Walt Disney an attractive option for income-seeking investors.

Disney has consistently paid dividends over 40 years, and it has a track record of increasing its dividend. Disney raised its dividend per share from $0.84 semiannually to $0.84 in 2018.

The company paid annual dividends (i.e. once per year) for the three years prior to 2015 and quarterly before that. Disney has increased its dividend by 33% since going to a semi-annual pay structure. While Disney does not disclose how it determines its dividends, the payouts are likely contingent on the company’s performance and especially its ability to generate sufficient operating cash flows to cover its investment and financing requirements.

Disney’s dividend is lower than its average media peers, however. Fox (FOX) pays a 2% dividend yield, while Comcast’s is 2.7%. Disney’s low dividend yield can be attributed primarily to its stock appreciation and the company’s emphasis on stock buybacks rather than dividends.

Disney has bought back its own common shares worth $3.6 billion over the last year as of March 27, 2020. This compares to the $2.9 billion the company has spent on dividends in the last year. Some companies, such as Disney, prefer generating shareholders’ returns through share buybacks rather than paying cash dividends since buybacks typically defer taxes for investors.

Disney’s television and movie business lines coupled with its extensive franchising operations enabled the company to increase its net income from less than $8 billion five years ago to over $10 billion today.

Disney prudently manages its capital by splitting its cash flows between its capital investments and financing needs so that at the end of the day, the company is left with a sufficient liquidity buffer. This is evidenced by Disney’s cash balance, which grew from less than $5 billion five years ago to nearly $7 billion today. The company’s debt-to-equity (D/E) ratio comes in at 54%, while its debt-to-assets comes in at 24%.

Disney enjoys a highly favorable position within media networks with its premier channels ESPN and ESPN2, which have exclusive deals with the National Football League. The company’s sports channels charge some of the highest fees among similar channels and generate some of the highest revenue streams from advertising.

The Disney Channel is also one of the most trusted channels among parents who subscribe to media content for their kids. Yet, Disney’s broadcasting business is continuing to see some softness as consumers drop cable subscriptions and switch to Internet TV offerings. This development is likely to generate some headwinds for Disney and may slow down the company’s growth in operating cash flows.

Disney is also generating an increasing amount of revenue from its characters by issuing franchising rights. As the company diversified its characters and franchises by purchasing cartoon and movie studios, such as Pixar, Lucasfilm, and Marvel, Disney has been able to expand its portfolio of characters and appeal to a much broader audience. Disney has also launched a Netflix (NFLX) competitor with Disney+. As the company continues creating movie hits and generating growing franchising sales, these revenue streams should offset any declines in Disney’s broadcasting business and provide a sound foundation for continued dividends.

Supersonic jets may be about to make a comeback

Changing Your Business to C Corp Status Could Save You Money,...

How to Use Enterprise Value to Compare Companies

Crypto Day Trading | How you’re Going to Lose your Money...

Deutsche Bank | Should it Become a Crypto Exchange?