Mortgage applications decreased 17.9% from one week earlier, as coronavirus-related volatility affected consumer sentiment, according to the Mortgage Bankers Association. 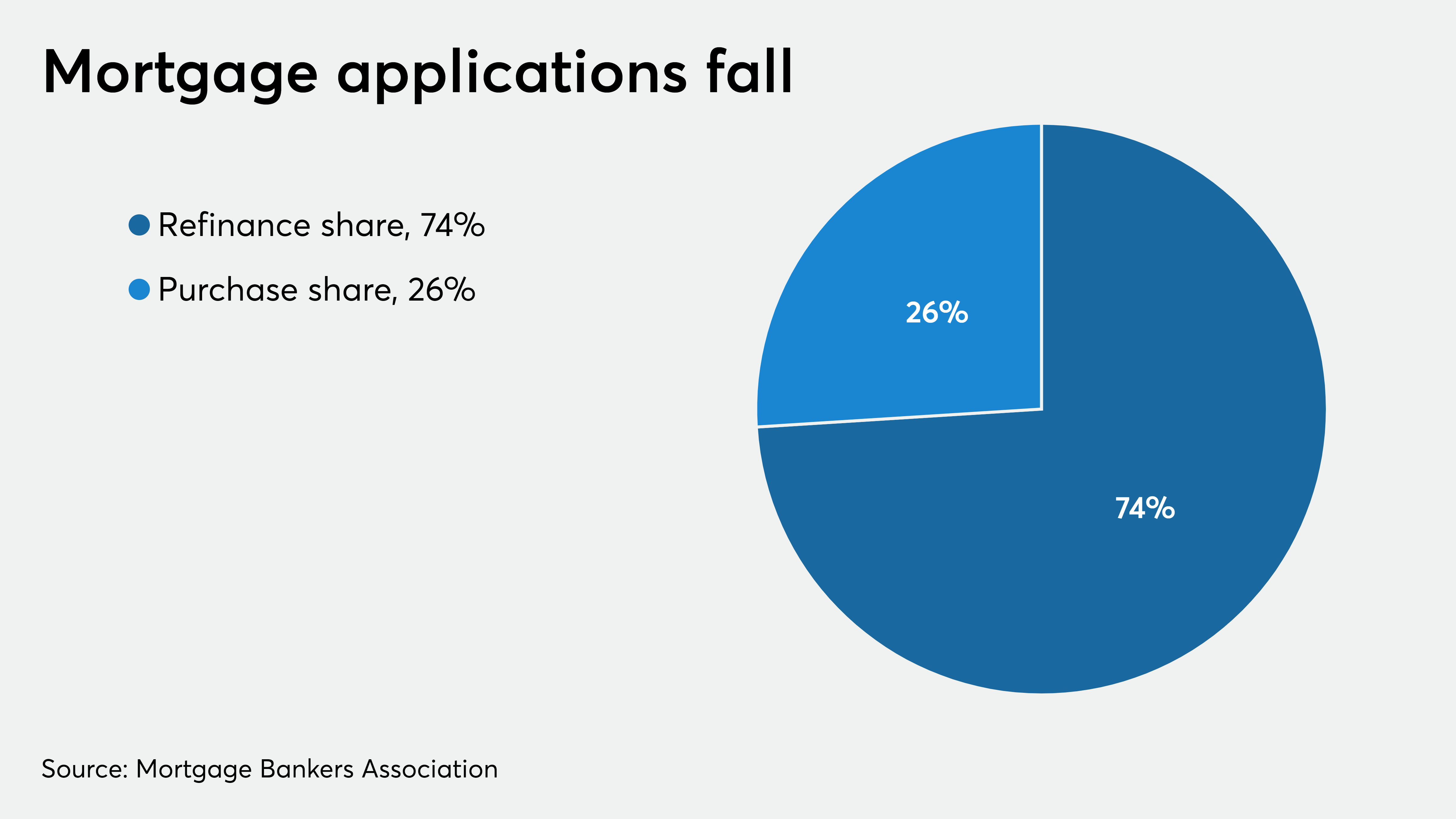 “Mortgage applications fell last week, as economic weakness and the surge in unemployment continues to weigh heavily on the housing market. Purchase activity declined again, with the index dropping to its lowest level since 2015 and now down 33% compared to a year ago,” Joel Kan, the MBA’s associate vice president of economic and industry forecasting, said in a press release.

The economic turmoil particularly affected applications for loan balances above the conforming limits.

“With much less liquidity and tighter credit in the jumbo market, average loan sizes declined, and mortgage rates for jumbo loans increased to a high last seen in January,” Kan said. “Given the ongoing rate volatility, along with the persistent lack of liquidity in certain sectors of the MBS market, we expect to see continued weekly swings in refinance activity.”

Adjustable-rate mortgage activity increased to 3.3% from 3.2% of total applications, while the share of Federal Housing Administration-insured loan applications increased to 10.6% from 9.1% the week prior.

The share of applications for Veterans Affairs-guaranteed loans increased to 14.3% from 12.5% the week prior and the U.S. Department of Agriculture/Rural Development share remained unchanged from 0.4 percent the week prior.

Want to Retire in Five Years? What You Must Know

The largest gathering of Blockchain enthusiasts, believers & evangelists is happening...

How to Become a Bitcoin Trader

Why drones could pose a greater risk to aircraft than birds

Why You Should Front-Load Your 529 Plan

Housing inventory increases in October for first time in 10 years