The impact of the coronavirus on U.S. home prices was not seen in March’s data, even as real estate markets came under pressure later in that month, according to a Radian report. 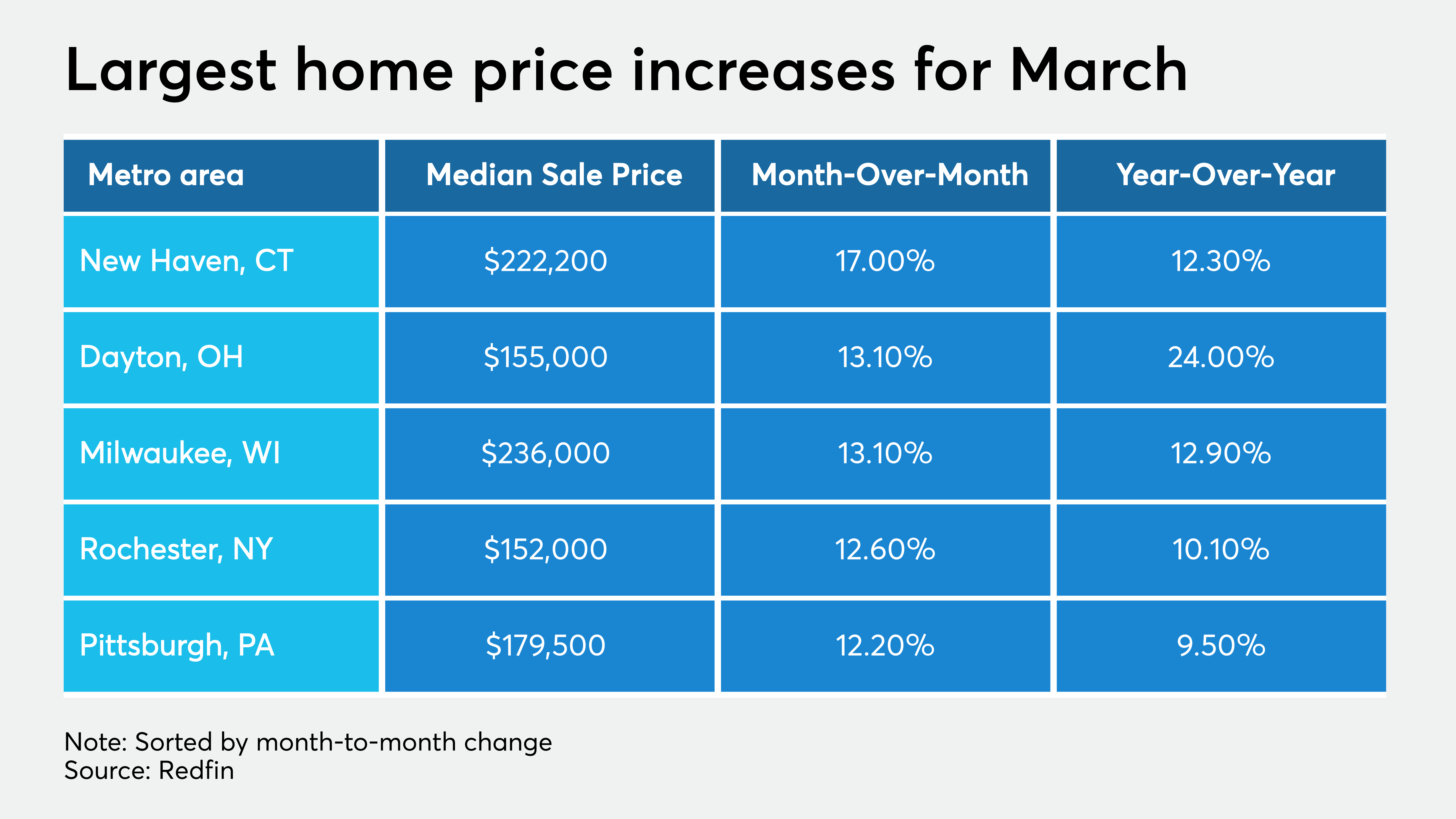 “U.S. housing values remained well supported in the early days of the COVID-19 pandemic. While that could change going forward, data indicates that the impact may vary significantly by region and locality,” Steve Gaenzler, senior vice president of data and analytics at Radian, said in a press release.

The Radian HPI is calculated based on the values of more than 70 million unique addresses using data from its Red Bell Real Estate subsidiary.

By region, the West had the best performance during the first quarter, with an annualized gain of 6.91%. The South was next at 6.62%.

On the other hand, the Northeast had a 1.95% quarterly gain. But the real estate market in that part of the country typically lags the others during the winter and early spring seasons, Radian noted.

In the period between February and March, all of the regions reported positive increases in home prices, with the exception of the mid-Atlantic region, which declined slightly from the prior month, Radian said.

Among the nation’s 10 largest core-based statistical areas, New York had the weakest month-to-month increase between February and March at 0.91%, followed by Philadelphia at 1.24%.

However, two other areas where there were shelter-in-place orders during a portion of March, San Francisco and Seattle — although not in the top 10 largest markets — showed no signs of weakness in pricing, Radian said.

A separate report from online real estate brokerage Redfin found that in the markets it serves, March’s median sales price of $303,200 was up 3.3% from February and 71% year-over-year. Redfin tracks prices in 85 markets.

“Right now, sellers need to decide if they’ll list their home for sale among all the economic uncertainty,” said Redfin lead economist Taylor Marr in a press release. “On one hand, the number of homes for sale is down more than 20% in recent weeks, even more than the 13% drop we saw for the full month of March, and home prices have so far held better than anyone expected.

“On the other hand, jobless claims continue to pile up and it is getting increasingly difficult to get a mortgage, which could limit buyer demand. How the market shapes up through the rest of spring will depend heavily on unemployment and the availability of credit.”

For Twin Cities housing market, fall is in the air

Amazon, Apple and Microsoft compete to be most valuable company

Foreclosure rate in Minnesota lowest in a decade