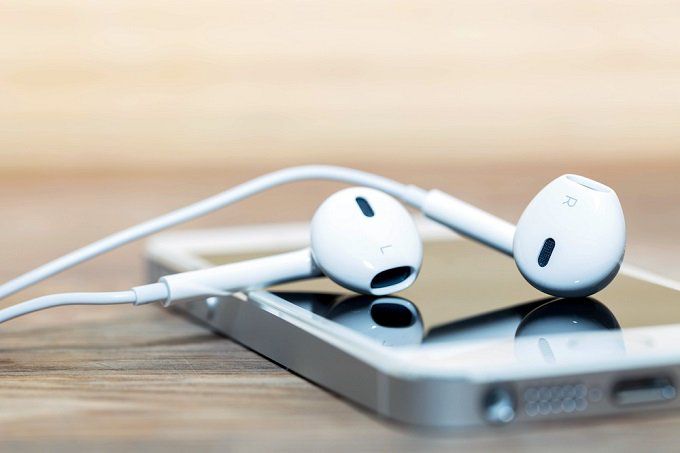 Apple (AAPL) is one of the most valuable companies in the U.S. with a market cap of over $1.3 trillion as of April 2020. A big part of its success has come from its ability to be a true innovator in personal technology. Millions of customers are willing to pay top dollar for the quality, design, and features of Apple devices, making products like the iPhone, iPad, Mac, iPod, and Apple Watch top sellers. To achieve this greatness though, Apple doesn’t depend on its own manufacturing alone. It has over 200 suppliers that it relies on for procuring components for assembly.

Apple puts a great deal of effort into the monitoring of its suppliers. Relationships that help to make the tech giant a manager of one of the most efficient supply-chain management systems on the market right now. Each year it releases a progress report outlining its supplier relationship efforts as well as a list of its top 200 suppliers-which account for 98% of its procurement. Below discusses nine of the most prominent.

Taiwan is Apple’s number one supplier region, but this is somewhat of a smokescreen.

However, while being based in Taiwan, Foxconn is often thought of as Apple’s largest China supplier because of its vast number of Chinese supplier locations. In 2018, Foxconn had 35 supplier locations servicing Apple from Taiwan, China, India, Brazil, Vietnam, and the United States. 29 of its 35 locations are in China. Foxconn has also helped Apple to branch out to India with one location there.

Wistron is another Taiwan-based company that’s also helping Apple expand into India. Wistron has five supplier locations with three in China and two in India. A focus for Wistron in India is printed circuit boards for iPhones.

Pegatron is another company rounding out the Taiwan lineup. It has its headquarters in Taiwan with only one Taiwan supplier location in Taoyuan. Pegatron’s other 17 locations include 12 sites in China along with sites in the Czech Republic, Singapore, Korea, Japan, and the United States. Pegatron is similar to Foxconn in that it provides iPhone assembly.

In general, China is a very important global region for Apple. The 2019 suppliers list shows Chinese and Hong Kong-based suppliers growing to account for a larger share than America and Japan, second only to the region of Taiwan. By physical location, China accounts for 380 of the total 809 production facilities. However, Apple has shared some concern over dependence on China given the 2020 Coronavirus outbreak as well as the Trump Administration’s new tariff rules.

Goertek and Luxshare are two Chinese companies that have been in the Apple supplier spotlight. Both companies agreed to setup productions in Vietnam to improve the manufacturing cost efficiency of the Airpod. Goertek has three supplier locations, two in China and one in Vietnam. The company has its headquarters in Weifang, China.

Luxshare is also in partnership with Apple for production of the Airpods. It has eight supplier locations with seven in China and one in Vietnam.

Qualcomm and Intel have made U.S. headlines over fierce legal actions. NASDAQ-listed Qualcomm is a world leader in semiconductor, mobile, and telecom products and services. It is known to supply multiple electronic components to Apple, including envelope power trackers, baseband processors, power management modules, and GSM/CDMA receivers and transceivers. These are various instruments used in device power management systems and in mobile signaling. Qualcomm has also come through for Apple devices, offering necessary modem technology.

Modem technology is however at the core of the Apple, Intel, and Qualcomm disputes. Apple announced it was buying Intel’s smartphone modem business. This led to a lawsuit by Qualcomm which resulted in maintenance of the modem manufacturing relationship for Qualcomm even after the Intel acquisition.

In July of 2019 Apple announced its agreement with Intel to acquire the majority of its smartphone modem business. With the acquisition Apple broadened its patent ownership and setup a strong plan for 5G development. Moreover, after the acquisition, the Mac now uses Intel processors. On the 2019 supplier list, Intel reports nine supplier locations, with three locations in the U.S. and others in China, Israel, Vietnam, Ireland, and Malaysia.

Murata is based in Kyoto, Japan. It supplies to Apple from 26 manufacturing facilities spread across Malaysia, Japan, Thailand, Vietnam, China, and Singapore. It has 16 supplier sites in Japan.

Apple and Samsung are Murata’s top two clients, procuring ceramic capacitors from the company. These electronic parts are used to control the flow of electricity in electronic devices.

Samsung has its headquarters in South Korea. It supplies multiple components, including flash memory used for storing data content, the mobile DRAM used for multi-tasking various applications in devices, and the application processors responsible for controlling and keeping devices running.

Apple is known to maintain one of the best-managed supply-chains in the world. Using its stature and global reach, the tech giant is able to demand high-quality products and impose stricter terms on its suppliers. When one of Apple’s Chinese suppliers of “tactic engines” for the iPhone 7 proved unreliable, for example, the company quickly procured them from Japanese firm Nidec Corp.

Apple has hundreds of such suppliers willing to abide by the terms Apple sets forth. What’s more, by outsourcing its supply-chain and assembly operations, Apple can do what it does best-concentrate on designing great products that offer rich functionality and are easy-to-use.

On the flip side, being associated with a brand like Apple can be a remarkable boon for a supplier firm. Apart from the small novice firms, who may derive much of their business from Apple, even larger companies like Samsung use the relationship to their advantage. As noted, Samsung continues to compete with Apple in the mobile phone market, however large orders from Apple allow Samsung to increase bulk production which reduces manufacturing costs for its own mobile phone components.

Another advantage for suppliers is that Apple has a reputation for innovation. Regardless of how specific products have performed and despite missteps that have occurred, people expect Apple to come out with something new on a regular basis and eagerly anticipate these products. To a certain extent, this shields Apple suppliers, who will continue to see new demands for their goods and services.

It should be noted, however, that failing to please Apple can spell doomsday for a small or medium-sized supplier that has built its business around Apple product sales. If suppliers do not maintain high-quality goods at the right price, Apple has the positioning to replace them with another competitor.

Apple needs suppliers and suppliers need Apple-it’s a streamlined relationship that is often mutually beneficial, but at times can create tension. Suppliers have major exposure to Apple and its overall market performance. Financial reports of supplier companies are frequently used by market analysts to project sales for Apple products. Investors also often look to Apple’s underlying suppliers for insights on Apple’s performance as well as more granular investment opportunities independently.

UK banks ordered to plan for climate change risks by 2021...

What’s the Best Age to File for Social Security?