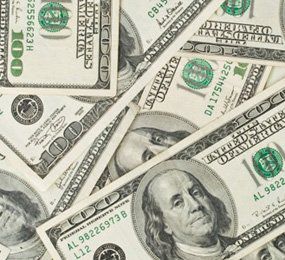 The only guarantees in life are death and taxes. But out of those two, one is infinitely more complex than the other.

In America, that becomes clear every April, a month associated with the cold sweats that routinely come when individuals and families rush to file their taxes on time. It’s a stressful process that can involve long hours, finger blisters from calculator mashing, angry phone calls to human resource offices and expensive checks written to accountants.

Residents in many other countries around the world face similar circumstances. This is because, like in America, most of the world’s major economies have a gradual tax system that charges different rates for various income levels. In most cases, those who make the most money pay a higher percentage in taxes compared to lower-income brackets.

But some countries use a completely different tax system, and it’s one that some pundits would like to see advance around the world.

What is a Flat Tax?

In many nations, governments have chosen to charge residents and businesses a flat tax. In other words, everyone pays the same exact rate. Proponents of flat taxes say that several benefits exist from using this system.

Many of the countries that have shifted to a flat tax were at one time in the Soviet Union. And these countries, for most of the past decade, have seen their economies grow rapidly. In 2004, ten Eastern European nations used a flat tax; Ukraine taxed its residents 13%, Georgia implemented a 12% tax and Lithuania taxed its residents 33%. But Ukraine, Lithuania and every other nation that instituted a flat tax saw their economies grow by approximately 8% in a single year, over double what was seen in the world’s mature, industrialized economies.

The reason why the flat tax works, according to proponents, is that the system is incredibly simple. In many cases, it’s not just individuals who enjoy the benefits of an easy-to-understand tax code; some nations grant flat taxes to businesses as an incentive to lure corporations and other employers. In addition, there’s an inherent sense of fairness to the flat tax, as all people pay the same percentage of their income. This also de-politicizes tax codes as they are written since legislators cannot give preferences or penalties to firms and industries they look upon either favorably or negatively.

Flat tax supporters often cite the nation of Estonia as proof of the system’s benefits. Pinned between Russia and the Baltic Sea, Estonia is a tiny country with under two million residents, roughly the size of Dallas, Texas. In 1994, just three years after separating itself from the Soviet Union, Estonian policymakers made the choice to go to a 26% flat tax, the first in the world to move away from the gradual system. That number, since then has been reduced to 20%.

Since instituting the flat tax, Estonia has emerged from obscurity to become a member of the European Union. And it has also earned the nickname “The Baltic Tiger” due to its incredible growth rate for much of its history. From 2001 to 2007, Estonia grew by an average of 9% per year. In 2003, its unemployment rate was in excess of 12%; just five years later, only 4.5% of its population was without jobs. Estonia has also gained a reputation for being surprisingly high-tech; over 63% of its population has access to the internet, well above the world average.

So, Why Not Move to a Flat Tax?

First, while there is no doubt that many countries that have adopted the flat tax have had booming economies, there is no actual proof that the flat tax is the reason why these nations have grown. After all, many of these places were Communist nations behind the Iron Curtain. Once the Soviet Union collapsed they were able to open up their economies to investment and had an easier time trading with the developed countries in the west.

In addition, a flat tax may not be as fair as one would think. A gradual tax system does allow for things like wealth redistribution, which many have argued is a major benefit to society. And a flat tax could also give middle-class families an extra burden. If someone making one million per year has to pay 18% of his income in taxes, he still has netted $820,000 for the year, a figure which still has great purchasing power. But a person making $50,000 per year is left with $41,000 per year; that difference can influence fiscal decisions, like purchasing a new car versus a used car, whether to place a down payment on a house or affording either a state school or private college, extremely tough for people who make closer to the national median income level.

In addition, when a group of countries near each other enact a flat tax, it creates a race towards the bottom; in order to compete, nations must keep on lowering their tax rates, a problem which could lead to fiscal instability.

Lastly, in the wake of the 2008 recession, many countries that adopted a flat tax have suffered greatly. Take, for instance, Latvia, one of the earliest countries to adopt the flat tax. Latvia’s economy fell by a whopping 10.5% in the final quarter of 2008. Its debt was 116% of its GDP; unemployment climbed to 9%, a figure which would be higher if not for the many residents who have moved to other parts of Europe to find work, and it had to take a bailout from the International Monetary Fund in order to pay public sector workers. And Latvia’s Baltic neighbors, Lithuania and Estonia, also faced similar pitfalls. All of this, some say, is a sign that these nations failed to raise enough tax dollars due to their tax policies. Others, however, say that these nations rely on exports, which suffered greatly due to the downturn facing major economies.

So, will the entire world one day have a flat tax? It’s unlikely, especially in the world’s biggest economies which have a long-established tax code that many might not want to change. But it is likely that, despite recent pitfalls, many smaller and growing nations may see the benefits of charging everyone the same tax.

Bitcoin Rewards | Safeway Partners with Lolli to Give BTC to...

$13 Billion Wiped Out as Cryptocurrency Market Takes Another Beating

Ameribor seeks to make its mark as an alternative to Libor