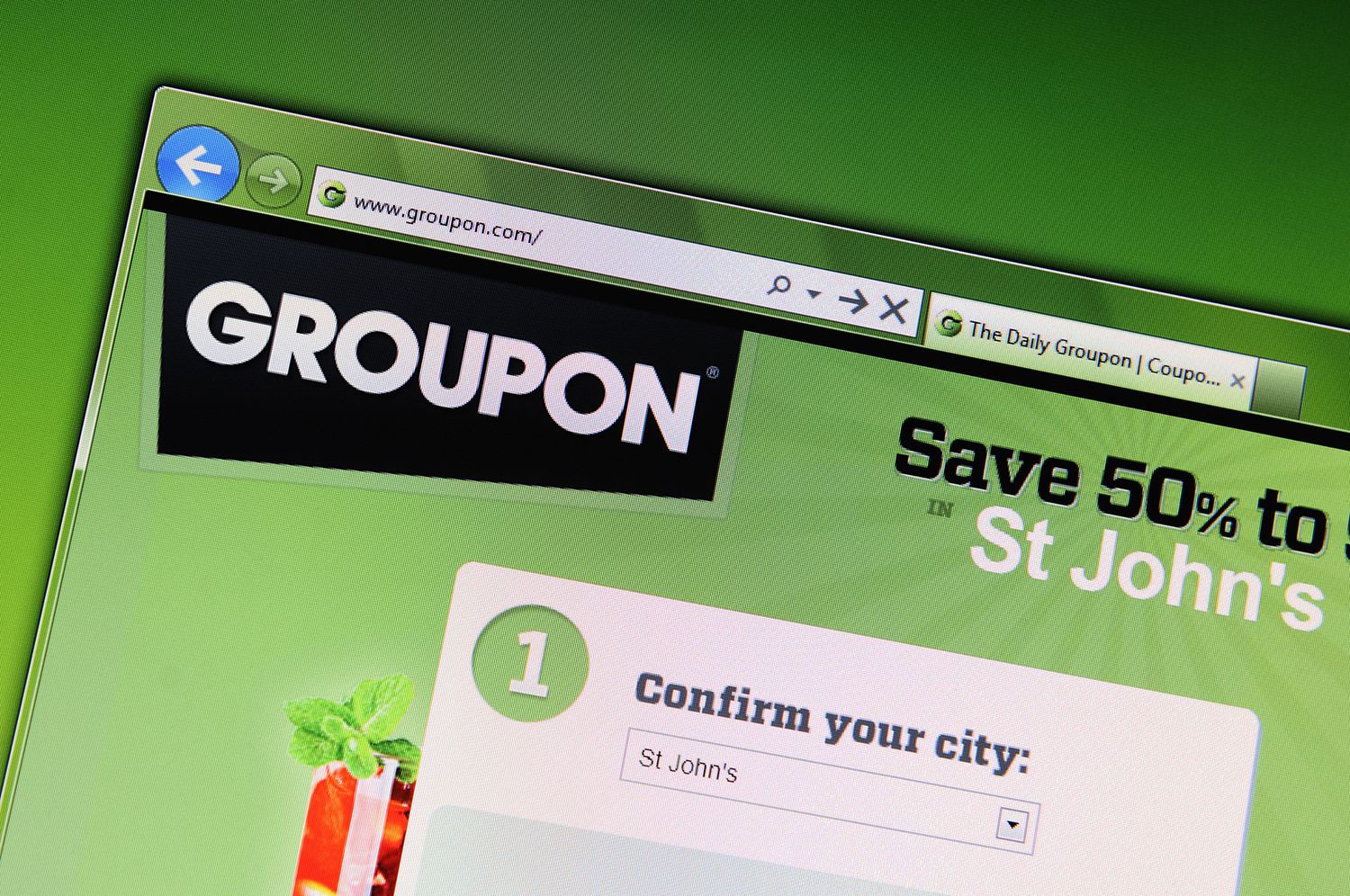 Groupon Inc. (GRPN) has had a tough go of it since its initial public offering (IPO), as competition in the online retail and coupon space has heated up. The company went public at a price of $20, but as of May 2, 2020, its share price was down 94% from its IPO price.

Groupon is trying to bounce back, however, and has improved profitability in international markets in recent quarters while maintaining its large customer base in the U.S. The company also has a fairly healthy balance sheet with net cash of $355.8 million and manageable levels of debt. Unfortunately, Groupon’s stock hasn’t benefited of late.

The heated competition is set to continue for the foreseeable future in the online retail and coupon market as Groupon’s competitors are armed with vast resources and penetrate large markets.

Amazon.com Inc. (AMZN) is the juggernaut of e-commerce whose market cap is closing in on a trillion dollars. Amazon’s flagship service, Amazon Prime, has helped the company dominate the online and mobile marketplaces. Prime offers two-day shipping across the United States to its subscribers and even same-day delivery for applicable products.

In addition to shipping services, Prime offers streaming from Amazon’s library of movies, shows, and music. It offers reading from its e-book library and cloud services for users to store photos and other media for a yearly fee of $119. It’s estimated that Amazon has over 150 million prime subscribers. Amazon’s success with Prime, services, and e-commerce offerings have propelled the company’s stock over the years.

Coming off its $3.3 billion acquisition of Jet.com, Walmart Inc. (WMT) continues to expand further into the online and mobile marketplace to attract shoppers who are looking to save money, encroaching further onto not only Amazon’s turf but Groupon’s as well. Like Amazon, Walmart offers a slew of services in addition to its eCommerce platform.

Walmart’s network of stores across the United States allows customers to pick up items they ordered online on the same day, and the company offers free two-day shipping to its online customers. Walmart also has a mobile payment platform, Walmart Pay, which it uses to offer discounts and gain insights into its shoppers’ preferences.

Rakuten is another popular company that online shoppers use to save money on their purchases. Similar to Groupon, individuals can install a Chrome extension or go through the website to have cash back on popular websites once they check out. Rather than pre-purchasing the discount, Rakuten allows consumers to save money directly at checkout with a rebate.

RetailMeNot Inc. (SALE) is considerably smaller than Amazon, Walmart, or even Groupon. Amazon’s market capitalization is approaching $900 billion, and Walmart’s is over $275 billion. RetailMeNot was acquired by Harland Clarke Holdings in 2017 for $630 million.

The smaller RetailMeNot connects retailers, restaurants, and other businesses with customers by offering digital coupons to its users for a number of products ranging from electronics and food to beauty products and clothing. The company acquired LowestMed in May 2018 and entered the prescription drug savings space. LowestMed is a service that enables consumers to research and compare prescription drug prices.

Fall destinations: Where to go, how to fly for free with...

Why Entrepreneurship Is Important to the Economy

New Brexit Vote Will Be Before Jan. 21