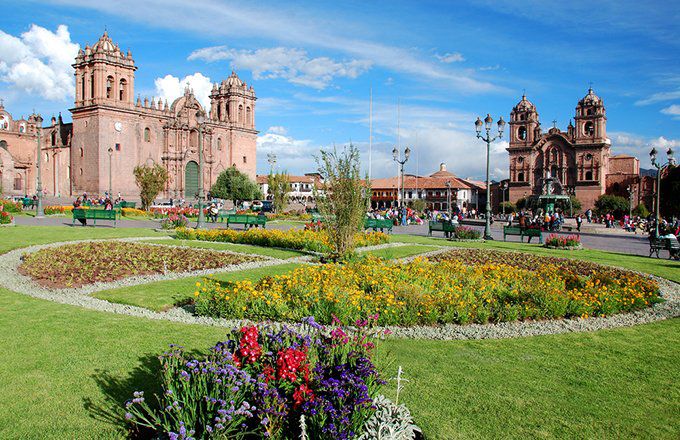 Living abroad has become a popular option for retirees in search of a change of scenery, a better climate, and – perhaps the most motivating factor – a lower cost of living. While Ecuador is one of the most popular retirement destinations in the world – Ecuador and neighboring Colombia made it on to the top 10 list of InternationalLiving.com’s World’s Best Places to Retire in 2020 – its next-door neighbor, Peru, has a large expat community, mostly from other Latin America countries, as well as the U.S. and Spain.

Peru is known for its beautiful beaches, natural diversity, rich culture, and ancient ruins – including Machu Picchu, a UNESCO World Heritage site and one of the New Seven Wonders of the World. And foodies take note: Peru has been voted the World’s Leading Culinary Destination for eight years in a row. Think Peru might work for your retirement? Here are five cities to consider.

Arequipa, Peru’s second-largest city after Lima, sits at an elevation of 7,600 feet above sea level in a fertile valley below three mountains: Pichu Pichu, Chachani, and Misti. The city has beautiful plazas and parks, modern conveniences, and a spring-like climate throughout the year. Arguably, Arequipa is the city with the best weather in Peru. The Cercado, the colonial downtown area, is a UNESCO World Heritage site, and next to the city’s main plaza, the Plaza de Armas, is a pedestrian street filled with restaurants and shops. The city is quite academic, as well: Arequipa is the main educational center in southern Peru and is home to more than 15 university campuses.

Barranco is the historic bohemian district of Lima – an artsy community named one of the 26 Most Hipster Neighborhoods in the World by Business Insider. Home to many of Lima’s writers and artists, expats​ here enjoy a cultural lifestyle, plus nearby beaches and the Bajada de los Baños – a ravine that cuts through the seaside cliffs. It once served as a walkway for fisherman, and now features restaurants and bars surrounded by flowering bougainvillea.

Cusco, also spelled Cuzco, sits in the Andes Mountains of southeastern Peru at an elevation of 11,150 above sea level. The city is the gateway to Inca sites in the Urubamba Valley and the Inca Trail, a multi-day trek that leads to Machu Picchu. Each year, more than 2 million tourists visit Cusco to explore its colonial architecture, Inca ruins, and mountains. A vibrant expat community includes people of all ages – from 20-somethings to retirees in their 60s and up – attracted to the city’s colonial setting, history, culture, cuisine, and friendly locals.

The Sacred Valley of the Incas, also known as the Urubamba Valley, is a region in Peru’s Andean highlands between Cusco and Machu Picchu that is scattered with Inca archaeological sites. Though it’s close to Cusco, the Sacred Valley sits at a lower elevation (about 1,700 feet lower) and tends to be warmer and sunnier. The area is famous for its spiritual or meditation retreats. Tourists and expats alike come to practice yoga, study permaculture, and experience a holistic and earth-friendly lifestyle.

Trujillo is Peru’s third-largest city, behind Arequipa and Lima. It’s located near the Pacific coast in northwestern Peru, along the banks of the Moche River. The city is known as the “Capital of the Everlasting Spring” and the “Capital of Culture of Peru” – it hosts numerous national and international cultural events and has a vibrant arts community. Trujillo is also Peru’s shoe capital, as many talented artisans have made handcrafted shoes for generations. Visitors can enjoy Trujillo’s many examples of colonial and religious architecture, plus the nearby pre-Incan archaeological sites, including the Chimú capital of Chan Chan, the largest pre-Columbian city in the Americas.

Retirees looking for new experiences, a change of scenery, and a lower cost of living may consider living abroad during retirement. Peru offers a temperate climate, rich history, arts and culture, natural beauty, and numerous archaeological sites – plus it’s a renowned food destination. As with any move abroad, it’s a good idea to calculate the cost of retirement in Peru and try out an area first with a vacation or longer-term rental before settling down.

Note: The State Department suggests that U.S. citizens traveling or residing overseas enroll in its Smart Traveler Enrollment Program (STEP), which provides security updates and makes it easier for the nearest U.S. embassy or consulate to contact you and/or your family in case of an emergency.

Smokescreens and Mirrors: How Does a Country Do an ICO? They...

Atlassian Fails to Break Out After Hiking Prices

Multifamily loan concentration is no weakness, this bank says