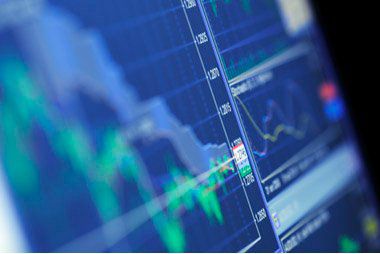 Isn’t freedom great? If you’ve held a company-sponsored 401(k) or 403(b), you know that your company gave you a false sense of freedom. They said that you were “free” to pick from any one of the handful of mutual funds that they picked for you. Picking from their choices doesn’t seem like much freedom, but maybe you took the extra step and opened an IRA.

Now that’s freedom. With IRAs opened outside of your company, you have the choice of just about any investment option on the market. Ninety-four billion dollars is invested in self-directed IRA accounts, where many people choose to exercise the freedom of this retirement account and put their money into stocks and bonds themselves instead of using mutual funds. However, freedom also comes with responsibility and risks. Your choices have increased from around a dozen to thousands. You might be thinking that you’ll stick with funds instead of individual stocks and bonds, and that’s a wise choice, especially if you’re new at investing. However, what kind of funds should you choose? Mutual funds or exchange-traded funds (ETFs)?

ETFs, like a passively managed mutual fund, attempt to track an index, often by the use of computers, and are also intended to mimic the market. For example, say you have an ETF such as the SPDR S&P 500 and the S&P 500 goes down. If that happens, then your ETF’s value will also drop.

Mutual funds are bought and sold at their net asset value, or NAV, which is calculated at the end of the day. ETFs trade just like stocks. You can buy and sell shares at any time during the day at the current price, which changes very rapidly. You can purchase one share of an ETF or millions, but they must be full shares. Mutual funds may let you purchase fractions of one share and allow you to purchase as many shares as you would like.

However, mutual funds often have high minimum investments if you’re trying to manage your own IRA.

There are so many mutual funds on the market now that paying load fees of any type are often ill-advised and unnecessary. A load is a fee you pay to either buy or sell a stake in a mutual fund. These loads often go to the financial advisor who sold you the fund.

There are plenty of no load mutual funds on the market but there are no ETFs with load fees. Instead, you pay another type of fee to purchase an ETF.

When you buy and sell a stock or ETF, you have to pay a commission to your broker. For most, this is a flat fee regardless of how many shares you buy or sell. Although it’s important to take these fees into account, the more shares of an ETF you purchase, the less the commission matters, since it becomes a smaller percentage of the trade.

Increasingly, brokerage firms are adding no-commission ETFs to their line-up, which takes away this concern.

Both mutual funds and ETFs have expense ratios – the amount of money for the management of the fund.

Because most actively managed mutual funds will fail to beat the market over a long period of time, paying the extra fees in loads and expense ratios may not be money well spent. Instead, consider passively managed mutual funds or ETFs. Both might have a place in your portfolio but because of the ease of buying and selling, and possibly more favorable tax treatment, many IRA investors are finding that ETFs better fit their goals and objectives than mutual funds.

Votem Announces Its Partnership with Civic to Bring the First-Ever Decentralized...

The Petro Is An ICO Scam, Hyperinflation Continues In Venezuela Unchecked...