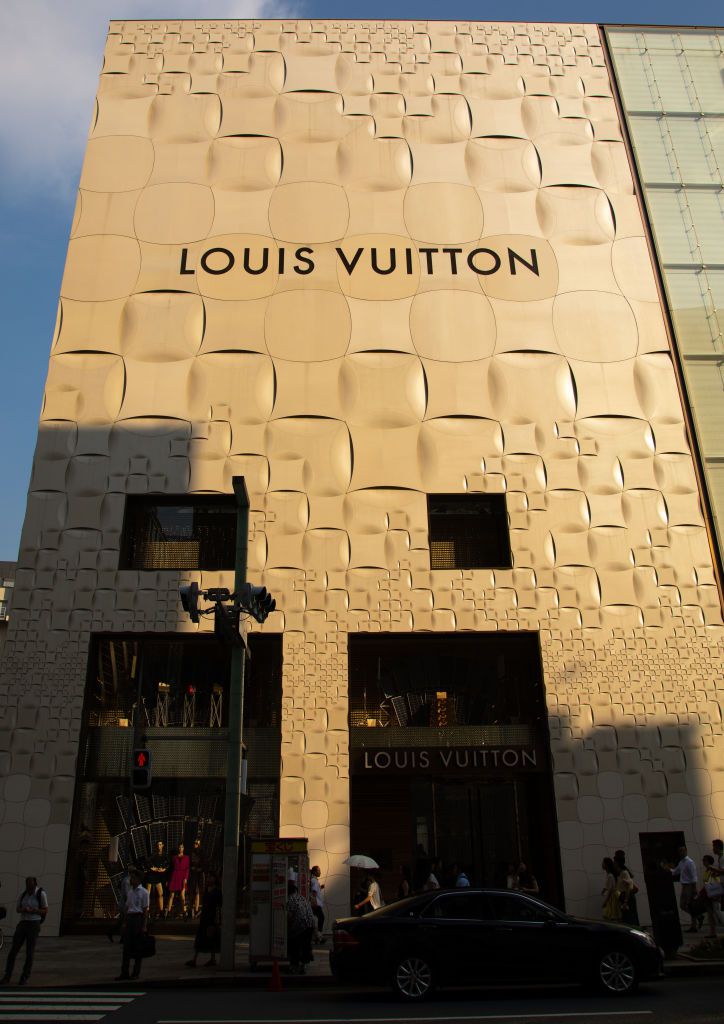 Moet Hennessy Louis Vuitton SE (OTC: LVMUY), commonly referred to as LVMH or Louis Vuitton, exists as a result of a 1987 merger of the renowned Louis Vuitton fashion house and wines and spirits company Moët Hennessy.

The Louis Vuitton brand has a long history. The fashion house was initially launched by its namesake founder in 1854. The luxury brand conglomerate owns approximately 70 small companies it calls “houses” that produce numerous high-end brands. The company’s oldest brand, wine label Château d’Yquem, dates back to the 16th century. Since 1989, Louis Vuitton has been led by Chairman and CEO Bernard Arnault.

Founded in the late 18th century by Philippe Clicquot, the Clicquot winemaking and shipping business that eventually became Veuve Clicquot was well known among Champagne connoisseurs across Europe and the U.S. as early as 1782.

The French company is credited with inventing rosé Champagne, a process Philippe Clicquot and subsequent generations of the Clicquot family perfected by adding red wine during the Champagne-making process.

Louis Vuitton purchased Veuve Clicquot in 1986 for an undisclosed amount, just a year before the fashion company merged with Moët Hennessy. In 2019, Louis Vuitton saw total revenues of €5,576 billion from its wines and spirits branch, of which Veuve Clicquot is a significant member.

Award-winning designer Marc Jacobs served as Louis Vuitton’s creative director for 16 years. The strategic partnership resulted in LVMH absorbing approximately 80% of Jacob’s company around 2013; this is speculated by industry insiders because neither the company nor Jacobs ever disclosed exact dates or figures.

Marc Jacobs International produces high-fashion clothing and accessories under two brands, Marc Jacobs and Marc by Marc. As of 2016, associated revenue hovered close to $1 billion, although by 2018 it had reportedly fallen to around $300 million, likely in part due to Marc Jacobs’ decision to separate himself from the LVMH brand.

Riding the wave of consumer interest in natural products, Lev Glazman and Alina Roytberg launched Fresh in Boston in 1991. The company’s signature products include artisan soaps, skincare, and hair care products featuring natural ingredients such as milk, sugar, and tea. It also produces a line of signature candles.

Twenty-five years later in 2016, Fresh launched the Fresh Research Lab, which is housed in LVMH’s Helios Research Center in Saint-Jean-de-Braye, France. LVMH acquired a majority stake in Fresh in 2000 for an undisclosed sum. As of 2019, perfumes and cosmetics make up about 13% of LVMH’s net revenue.

Pierre-Francois Guerlain founded the Guerlain perfume house in 1828 with the intention of selling high-end fragrances. Guerlain’s clients around the time of its launch included major political and public figures such as Napoleon III, Queen Isabella II of Spain, and Queen Victoria.

The company remained owned and operated by members of the Guerlain family until its acquisition by LVMH in 1994 for an undisclosed sum. With roughly 800 products offered throughout its history, Guerlain remains a household name for memorable fragrances such as Shalimar, Champs-Élysées, and Insolence.

TAG Heuer was the brainchild of Swiss watch innovator Edouard Heuer. The company traces its roots to St-Imier, Switzerland, where Heuer patented his first timepiece in 1882. In 2019, numerous watches feature a triple-chronograph design, but the Heuer design was the first and only of its kind during the 19th century and most of the 20th century.

In the birth of the auto industry, Heuer chronographs featured prominently in cars, and also in airplanes and boats. Heuer merged with Techniques d’Avant Garde, or TAG, in 1985, and LVHM bought nearly 100% ownership of TAG Heuer in 1999 for an undisclosed sum.

In 2019, watches and jewelry made up about 8% of LVMH’s total revenue. TAG Heuer remains a leading sponsor of the Red Bull Formula One racing team, a partnership brought to the brand by TAG in the 1980s.

LVMH has almost 70 subsidiaries that cover a large swath of the luxury market, including international brands such as Fendi, Sephora, and Zenith.

Known for creativity and colorful jewelry designs, Bulgari has been at the forefront of commodifying “la dolce vita” since its founding by Greek immigrant Sotirios Voulgaris in 1884.

The Italian company’s flagship store on Via dei Condotti is a historic landmark and one of Rome’s most visited tourist attractions. LVMH acquired a 50.4% stake in Bulgari in 2011 in an all-share deal valued at €4.3 billion.

With nearly 70 subsidiaries across a range of luxury product areas, there are many other brands in the Louis Vuitton stable. Some, like Berluti and Moynat, are most popular in Europe and perhaps less familiar to American consumers. Others, including Belvedere, Zenith, Fendi, and Sephora are well-known around the world.

While LVMH has acquired a large number of companies over the decades, it tends to do so without a great deal of flourish. Rather, Louis Vuitton seeks out brands that will enhance its product offerings while also allowing it to maintain its brand associations of luxury and elegance. Given that many of the brands in the LVMH family enjoy many decades of history, it is perhaps less likely that LVMH will look to acquire a large number of brand new companies heading into the future.

3 Tech Stocks Racing Ahead of The FAANGs