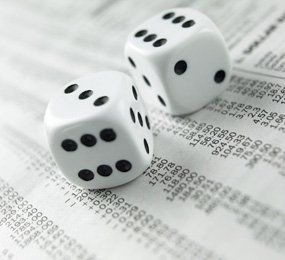 When a person is preparing to enter the world of investment professionals, they must take – and pass – qualification examinations. Often before the individual is prepared to fully function in their profession, there are multiple examinations that must be successfully negotiated.

NASAA, as the name indicates, is an organization of securities administrators. The term “administrator” is a generic title used to indicate the person who is responsible for enforcing the Uniform Securities Act in a state. In various states, this person is called “Commissioner,” “Director” or “Secretary of State for Securities.”

NASAA, as an organization, actually predates the major federal securities laws, such as the Securities Act of 1933 and the Securities and Exchange Act of 1934. It was formed in Kansas in 1919 and made its first efforts at standardizing the securities laws of the states shortly thereafter.﻿﻿ The organization’s goals included protecting the public, and it drafted model laws. These laws could be adopted by the individual states to prevent fraud and register the persons involved in the securities business.

A Kansas Supreme Court justice, in the early days of securities regulation, was quoted as saying that people were coming into his state and selling schemes that had no more substance than “… so many feet of blue sky.” The Uniform Securities Act has, as a result, been commonly referred to as the “Blue Sky Laws.”﻿﻿

Common Terms for Exam Candidates
Before proceeding, it may be helpful to clarify a few definitions. The Uniform Securities Act defines the term investment advisor representative (IAR) as:

IARs are always registered with the state if they have a place of business in the state. The firms that they work for, the IAs, may or may not be registered, depending on their status as defined by NSMIA. One of the primary tools used to make the distinction is the dollar amount of assets the firm has under management.

Remember: The investment advisor is the firm. The IAR is the individual who represents the firm and must pass an exam.

The Exams
In most states, a new registered representative must – at a minimum – pass the Series 63 to satisfy state law registration requirements.﻿﻿ The Series 63 (formally known as the Uniform Securities Agent State Law Examination) consists of 60 questions. The exam has a time limit of 75 minutes. The exam focuses on the registration of persons and securities under the USA and ethics in the securities industry.﻿﻿

The first examination created by NASAA to test the competency of individuals who wish to provide fee-based investment advisory services was the Series 65. At the time, it focused primarily on the Uniform Securities Act, NASAA amendments and ethical practices in the securities industry.

Series 65 Makeover
The Series 65 exam underwent a dramatic change that became effective in 2000. It had long been a 75-question exam that focused primarily on state securities laws (the Uniform Securities Act) and ethics but became a 130-question “competency exam” with a time limit of 180 minutes. Like the Series 63, the Series 65 exam has experimental questions that will be included in every test – there are 10. To pass the exam, the candidate must answer 94 of the 130 questions correctly (72%). ﻿﻿In addition to questions about the USA and ethics, the Series 65 exam includes questions on the subjects of economics, investment vehicles, investment strategies, analysis, and ethics.

Currently, the majority of those who take the Series 65 are either securities professionals who have not passed the Series 7 General Securities Representative Exam, or those in related fields within the financial services industry – such as accountants – who wish to be in the business of providing investment advice for fees. This includes, of course, those who work for investment advisory firms and wish to become IARs.

Series 66
The Series 66 exam is relatively new. It was created by NASAA in response to requests from broker-dealers and other financial services firms. It is essentially a combination of Series 63 and Series 65, but since a prerequisite for taking the exam is successful completion of the Series 7 exam, it does not include the product, analysis and strategy questions that are a large part of the Series 65. The Series 66 test is 100 questions that count towards the candidate’s score and 10 pretest questions. The time limit for the exam is 150 minutes. To pass the exam, a candidate must correctly answer 73 (73%) of the questions.﻿﻿

To avoid overlap with the Series 7, NASAA assembled a committee of securities industry experts to eliminate questions in the Series 66 that would be duplicative of those in the Series 7. As a result, the Series 66 exam is considered by most to be an “easier” test. It will, like the Series 65, qualify the individual to act as an IAR, and it fulfills the requirements of the USA for state registration. Note that candidates can take the 66 or 7 in any order, but both must be completed in order to register.

The Bottom Line
Passing the Series 63 exam for registration within a state is a requirement for all registered representatives. Those who wish to be IARs must pass the Series 66 and the Series 7.﻿﻿ The Series 66 is equivalent to taking both the Series 63 and Series 65. If an individual does not already have a Series 7 and wishes to be an IAR, the Series 65 is NASAA’s competency exam.

Standard Error of the Mean vs. Standard Deviation

Industrial Stocks to the Rescue