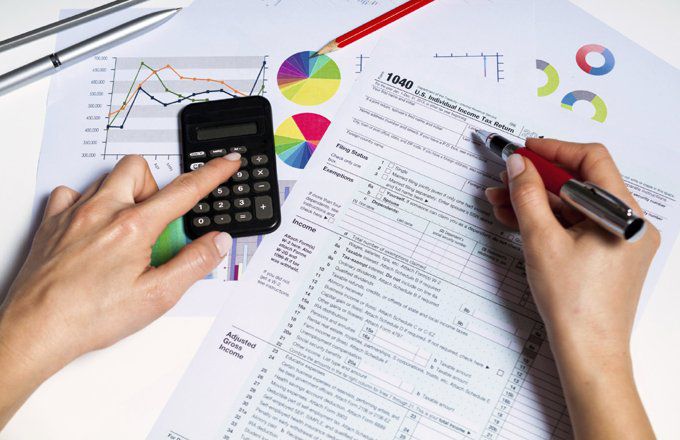 Between the 2018 and 2025 tax years, a change in tax law nearly doubling the standard deduction has made itemizing tax deductions less advantageous for many taxpayers.

Between the 2018 and 2025 tax years, when the TCJA is in effect, the number of taxpayers for whom itemizing will pay off is likely to drop significantly due to the much bigger standard deduction.﻿﻿ (Two caveats: The personal exemption disappeared with the TCJA, which may offset this effect for some. On the other hand, the child tax credit doubled and applies to more families, which will push some returns in the other direction.)﻿﻿ The new law also eliminated a number of deductions taxpayers could take previously and changed some others. As we discuss the deductions we will note important shifts.

The Purpose and Nature of Itemized Deductions

Itemized deductions fall into a different category than above-the-line deductions, such as self-employment expenses and student loan interest; they are “below-the-line” deductions, or deductions from adjusted gross income. They are computed on the Internal Revenue Service’s Schedule A, and then the total is carried on to your 1040 form.﻿﻿

Once itemized deductions have been subtracted from your income, the remainder is your actual taxable income. Itemized deductions were created as a social-engineering tool by the government to provide economic incentives for taxpayers to do certain things, such as buy houses and make donations to charities.

Thanks to the Coronavirus Aid, Relief, and Economic Security (CARES) Act, the deadline for filing your 2019 federal taxes has been moved from April 15 to July 15, 2020. Many states have followed suit, but maybe not all, so be sure to check on yours.

So Which Deductions Can Be Itemized?

The following is a brief overview of the scope and limits of each category of itemized deduction. To help with future planning, we’ve included key changes under the new tax law, which mostly started applying from tax year 2018 on:

Tax Deductions You Can Itemize

Previously, taxpayers with adjusted gross incomes above certain levels were subject to limits on how much they could claim in itemized deductions. These limits, known as the “Pease limitations,” are suspended for 2018 to 2025 by the TCJA.﻿﻿

There are times when the additional deduction realized from excess medical or job-related expenses will allow itemized deductions to exceed the standard deduction. Therefore, you should not simply assume that you cannot deduct miscellaneous expenses or that you cannot itemize deductions if your itemizable deductions are insufficient by themselves for you to qualify.

Many rules concerning itemized deductions are beyond the scope of this article. Working with an experienced and competent tax preparer can help to ensure those rules are applied to your tax return. Your tax preparer should also be able to allow you to determine whether you should itemize or take the standard deduction. Be sure to take some time to review what to expect from 2018 through 2025 based on the new tax legislation.

Drop in mortgage delinquencies shows no sign of bottoming out soon

Court Postpones TON Hearing Till February, Impatient Investors May Get 77%...

The stock market and the economy are telling two different stories