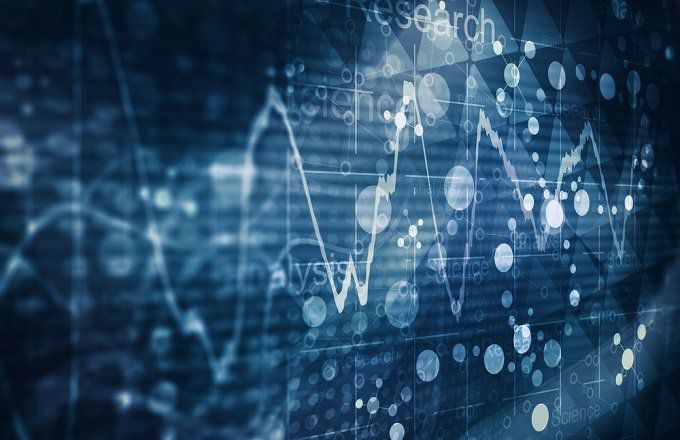 In technical analysis, transitions between rising and falling trends are often signaled by price patterns. By definition, a price pattern is a recognizable configuration of price movement that is identified using a series of trendlines and/or curves. When a price pattern signals a change in trend direction, it is known as a reversal pattern; a continuation pattern occurs when the trend continues in its existing direction following a brief pause. Technical analysts have long used price patterns to examine current movements and forecast future market movements.

Since price patterns are identified using a series of lines and/or curves, it is helpful to understand trendlines and know how to draw them. Trendlines help technical analysts spot areas of support and resistance on a price chart. Trendlines are straight lines drawn on a chart by connecting a series of descending peaks (highs) or ascending troughs (lows). A trendline that is angled up, or an up trendline, occurs where prices are experiencing higher highs and higher lows. The up trendline is drawn by connecting the ascending lows. Conversely, a trendline that is angled down, called a down trendline, occurs where prices are experiencing lower highs and lower lows.

Trendlines will vary in appearance depending on what part of the price bar is used to “connect the dots.” While there are different schools of thought regarding which part of the price bar should be used, the body of the candle bar—and not the thin wicks above and below the candle body—often represents where the majority of price action has occurred and therefore may provide a more accurate point on which to draw the trendline, especially on intraday charts where “outliers” (data points that fall well outside the “normal” range) may exist. On daily charts, chartists often use closing prices, rather than highs or lows, to draw trendlines since the closing prices represent the traders and investors willing to hold a position overnight or over a weekend or market holiday. Trendlines with three or more points are generally more valid than those based on only two points.

A price pattern that denotes a temporary interruption of an existing trend is known as a continuation pattern. A continuation pattern can be thought of as a pause during a prevailing trend—a time during which the bulls catch their breath during an uptrend, or when the bears relax for a moment during a downtrend. While a price pattern is forming, there is no way to tell if the trend will continue or reverse. As such, careful attention must be placed on the trendlines used to draw the price pattern and whether price breaks above or below the continuation zone.﻿﻿ Technical analysts typically recommend assuming a trend will continue until it is confirmed that it has reversed. In general, the longer the price pattern takes to develop, and the larger the price movement within the pattern, the more significant the move once price breaks above or below the area of continuation.

Pennants are drawn with two trendlines that eventually converge. A key characteristic of pennants is that the trendlines move in two directions—that is, one will be a down trendline and the other an up trendline. Figure 1 shows an example of a pennant. Often, volume will decrease during the formation of the pennant, followed by an increase when price eventually breaks out.

Flags are constructed using two parallel trendlines that can slope up, down or sideways (horizontal). In general, a flag that has an upward slope appears as a pause in a down trending market; a flag with a downward bias shows a break during an up trending market. Typically, the formation of the flag is accompanied by a period of declining volume, which recovers as price breaks out of the flag formation.

Wedges are similar to pennants in that they are drawn using two converging trendlines; however, a wedge is characterized by the fact that both trendlines are moving in the same direction, either up or down. A wedge that is angled down represents a pause during a uptrend; a wedge that is angled up shows a temporary interruption during a falling market. As with pennants and flags, volume typically tapers off during the formation of the pattern, only to increase once price breaks above or below the wedge pattern.

The cup and handle is a bullish continuation pattern where an upward trend has paused, but will continue when the pattern is confirmed. The “cup” portion of the pattern should be a “U” shape that resembles the rounding of a bowl rather than a “V” shape with equal highs on both sides of the cup. The “handle” forms on the right side of the cup in the form of a short pullback that resembles a flag or pennant chart pattern. Once the handle is complete, the stock may breakout to new highs and resume its trend higher. A cup and handle is depicted in the figure below.

A price pattern that signals a change in the prevailing trend is known as a reversal pattern. These patterns signify periods where either the bulls or the bears have run out of steam. The established trend will pause and then head in a new direction as new energy emerges from the other side (bull or bear). For example, an uptrend supported by enthusiasm from the bulls can pause, signifying even pressure from both the bulls and bears, then eventually giving way to the bears. This results in a change in trend to the downside. Reversals that occur at market tops are known as distribution patterns, where the trading instrument becomes more enthusiastically sold than bought. Conversely, reversals that occur at market bottoms are known as accumulation patterns, where the trading instrument becomes more actively bought than sold. As with continuation patterns, the longer the pattern takes to develop and the larger the price movement within the pattern, the larger the expected move once price breaks out.

Double tops and bottoms signal areas where the market has made two unsuccessful attempts to break through a support or resistance level. In the case of a double top, which often looks like the letter M, an initial push up to a resistance level is followed by a second failed attempt, resulting in a trend reversal. A double bottom, on the other hand, looks like the letter W and occurs when price tries to push through a support level, is denied, and makes a second unsuccessful attempt to breach the support level. This often results in a trend reversal, as shown in the figure below.

Triple tops and bottoms are reversal patterns that aren’t as prevalent as head and shoulders or double tops or double bottoms. But, they act in a similar fashion and can be a powerful trading signal for a trend reversal. The patterns are formed when a price tests the same support or resistance level three times and is unable to break through.

Gaps occur when there is empty space between two trading periods that’s caused by a significant increase or decrease in price. For example, a stock might close at $5.00 and open at $7.00 after positive earnings or other news. There are three main types of gaps: Breakaway gaps, runaway gaps, and exhaustion gaps. Breakaway gaps form at the start of a trend, runaway gaps form during the middle of a trend, and exhaustion gaps for near the end of the trend.

Price patterns are often found when price “takes a break,” signifying areas of consolidation that can result in a continuation or reversal of the prevailing trend. Trendlines are important in identifying these price patterns that can appear in formations such as flags, pennants and double tops. Volume plays a role in these patterns, often declining during the pattern’s formation, and increasing as price breaks out of the pattern. Technical analysts look for price patterns to forecast future price behavior, including trend continuations and reversals.

4 Powers You Can Use to Achieve Success

This Common Spending Habit Could Potentially Ruin Your Retirement

When Are Mutual Fund Orders Executed?