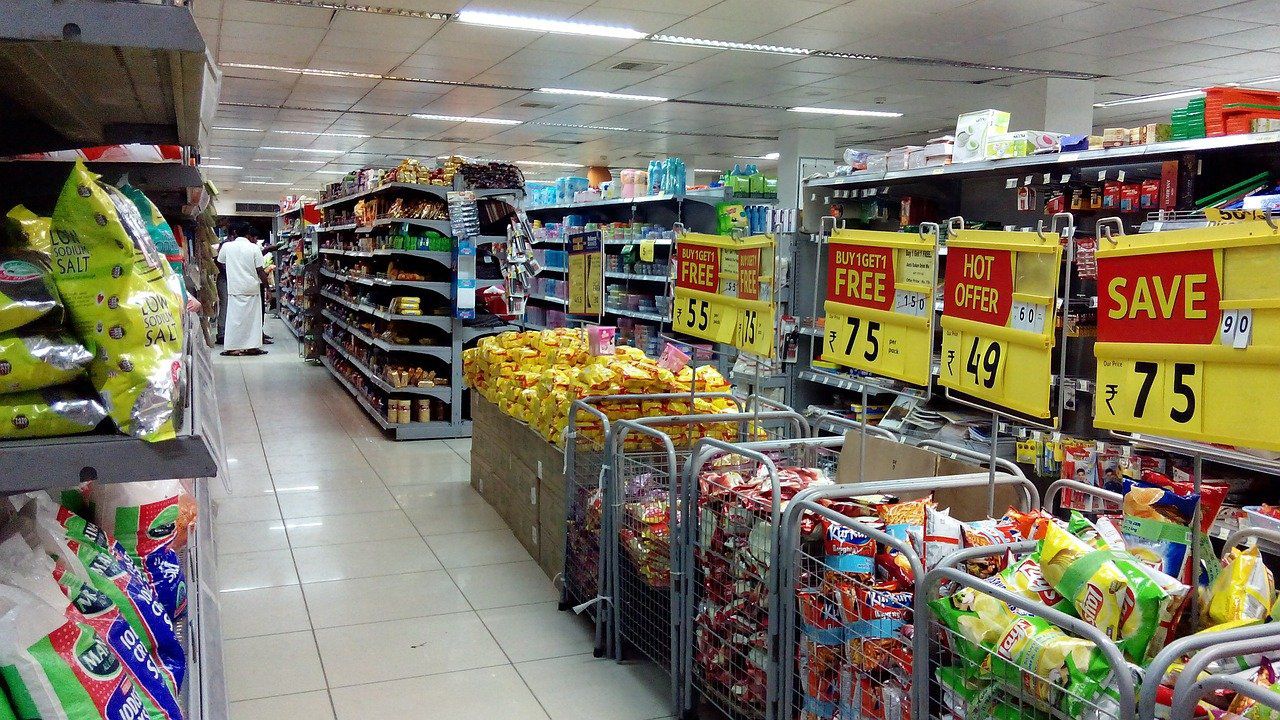 As the population of the United States has grown, so has the number of grocery stores and supermarket chains across the nations. In fact, the United States is so large and diversified that some of its biggest chains–such as Kroger or Texas-favorite H-E-B– don’t even operate in every state. In 2018, U.S. supermarkets had combined sales of over $701.2 billion. Let’s take a look at the five largest public grocery store corporations by revenue in 2018, according to the National Retail Federation.

What can be said about Walmart (WMT) that isn’t already known? Walmart grew from a tiny store in Arkansas in 1962 into one of the largest retailers in the world today and, in the process, made multiple members of the Walton family permanent mentions on every richest person list. Walmart is absolutely huge, with worldwide revenue of $388 billion in 2018. The company’s financials are split into three segments: Walmart USA, Walmart International, and Sam’s Club.

Kroger (KR), as mentioned in the introduction, is one of the top grocery retailers in the world and in past years had some of the highest supermarket sales in the country. Kroger has 2,757 stores in 42 states and has grown its reach in recent years. Kroger has non-supermarket subsidiaries around the country (jewelry stores, convenience stores, and Fred Meyers, to name a few) which contributes to the company’s revenue and profit. Kroger also owns popular brands Fry’s, Ralphs, and City Market. In 2018 the company had $120 billion in revenue, which included a sale of its convenience store business to EE Group.

The popular global retailer with warehouse club operations in eight countries is unsurprisingly near the top of this list. In 2018, it had sales of $135 billion, approximately 75% of which came from the United States. Requiring its shoppers to have a membership and selling items in bulk, Costco has become one of the most popular stores for families. It’s headquartered in Washington and at the end of 2018 had a total of 523 stores.

Headquartered in Idaho, Albertsons is a company with a long history, dating all the way back to the late 1860s. On Jan. 30, 2015, Albertsons and Safeway officially merged as a newly combined company, then operating 2,200 grocery stores in 33 states. While Albertsons is a privately-held company, analysts estimate its 2018 revenue at $60 billion from all of its United States stores.

Publix is a grocery store operating in the south-eastern United States. It is a private, employee-held company that consists of around 1,444 stores. In 2018, the company had over $36 billion in revenue from its United States stores. Because of Publix’s generous benefits plan, which includes stock gifting and 401(k) matching, employee satisfaction is high and the company is considered one of the top employers in America, which in turn leads to motivated employees and low employee turnover.

While looking for companies that have the highest profit isn’t the goal for all investors, the top five profitable grocery companies listed above are some of the largest in the United States. Unsurprisingly, most of the companies are American. Despite some stores also profiting from sales in other sectors, these five companies are proof that there’s still money to be made from selling meat and potatoes.

The Entrepreneur Behind This Oprah-Approved Fashion Brand Shares How to Find...

Coinsquare Lays off 40 Employees in a Troublesome Month for Crypto...

Launching a Website on the Bitcoin Cash Network Is Now a...

How Does Fortnite Make Money?