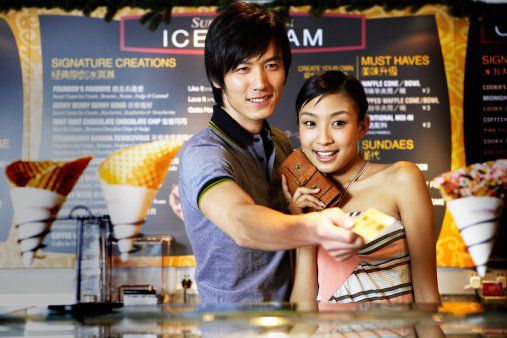 What Is Consumer Discretionary?

Consumer discretionary is a term for classifying goods and services that are considered non-essential by consumers, but desirable if their available income is sufficient to purchase them. Examples of consumer discretionary products can include durable goods, high-end apparel, entertainment, leisure activities, and automobiles.

Economic cycles have a big influence on earnings power and consumer spending in an economy overall. There are four stages of an economic cycle, defined as expansion, peak, contraction, and trough. A growing economy (expansion to peak) is usually characterized with stronger earnings for businesses and consumers paired with more spending. A contracting economy (contraction to trough) usually has the opposite.

When an economy is growing, it is usually expected that its consumers would have more disposable income to spend on discretionary items and less concern over saving for tough times. This leads to a greater demand for consumer discretionary products in growth phases.

Vice versa, in a poor economy, consumers are more likely to forego the purchases of non-essential consumer discretionary products in favor of adding to their savings. These consumers however, still need to buy basic household items like toilet paper, paper towels, food, beverages, and gas, which are all considered consumer staples.

There are several economic indicators that help economists to determine the state of an economy. These indicators are also important for predicting the potential trends for both the consumer discretionary and consumer staples classifications.

Typically, gross domestic product (GDP) is the number one metric for analyzing an economy. When GDP is growing, it indicates a growing economy willing to spend more. When GDP is decreasing, it is an indication of contraction and the need for greater spending prudency.

Consumer confidence can also be relevant. In a weakening economy, consumer confidence typically declines, causing consumers to tighten their belts by postponing vacations and the purchases of non-essential products, such as high-end retail, big-screen televisions, or expensive new cars. The reduced demand for consumer discretionary is usually a precursor to lower sales for the companies that produce these products, which can lead to worsening economic conditions and more contraction. The stocks of consumer discretionary companies will tend to lead a general stock market decline at the beginning of a contraction.

Other monthly indicators highly followed for predicting consumer discretionary trends may include:

When an economy is growing, most all sectors will see stock value increases. This is helped by increasing profits and more disposable consumer income. Growth phases usually make investing in stocks much more attractive. Often, when signs of an economic recovery begin to appear, consumer discretionary stocks will help to lead a stock market recovery.

When an economy is contracting, investors are more likely to turn to consumer staples stocks for safety. In times of contraction, it can also be wise to shift into lower-risk investments like corporate bonds and Treasuries. Lower-risk investments provide even more safety while still earning some viable returns.

Many investors like to take their bets through sector exchange-traded funds (ETFs) throughout all types of economic cycles. These funds can limit risks through broadened diversification while still allowing for concentration of investment positions. In the consumer discretionary and consumer staples categories, State Street Global Advisors offers two of the market’s top options.

Both of these ETFs can be good investment options to consider when seeking to navigate through different types of economic cycles.

Jim Cramer warns that this S&P 500 bearish scenario is ‘on...

What Are Stock Fundamentals?

Free-to-Play Games and the Future of Interactive Streaming

The Daily: A Dirty War on Bitcoin

How Do Cost of Debt Capital and Cost of Equity Differ?