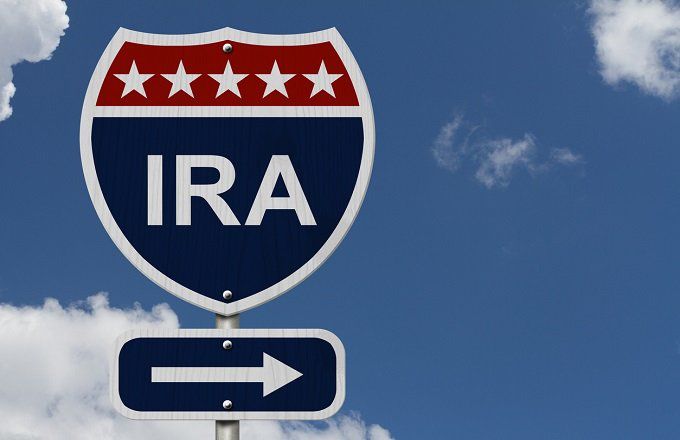 For many people, converting a traditional IRA to a Roth IRA is a good move. With Roth IRAs, there are no required minimum distributions (RMDs), the money grows tax-deferred, and qualified distributions are tax-free.﻿﻿ One drawback, though, is that if your traditional IRA contains both deductible (before-tax) and nondeductible (after-tax) amounts, you must treat the before-tax portion as ordinary income for the year the conversion occurs.﻿﻿

You might feel that you can come up with a strategy to avoid owing taxes on the amount converted—by converting those after-tax contributions first, say. On the surface this seems like a sound plan, but, unfortunately, it is not possible.

You might wonder how after-tax amounts even got into your traditional IRA.

Traditional IRAs have deductibility limits that take effect if you and/or your spouse are deemed to be actively participating in an employer-sponsored retirement plan, such as a defined-contribution 401(k) or defined-benefit pension program. If this is the case, your eligibility to deduct your contribution from your income taxes is determined by your modified adjusted gross income (MAGI) and your tax-filing status.﻿﻿

When you convert after-tax money from a traditional IRA to a Roth IRA, the amount is tax-free because you have already paid taxes on those funds. The earnings must be treated as ordinary taxable income.﻿﻿

An Example of Converting to a Roth IRA

Suppose that over the years you contributed $10,000 to your traditional IRA, and the contributions were either nondeductible or you chose not to claim deductions for the amounts. This means that you have already paid taxes on these contributions. Let’s also assume that you picked rotten investments, and the account is worth exactly what you had invested: $10,000. Now you want to convert the balance to a Roth IRA.

The conversion will be tax-free because you already paid taxes on those funds. If the account had increased in value, you would owe income tax on only the earnings.﻿﻿

On the other hand, if you had deducted those contributions over the years, you would have to include the $10,000 in your income. Someone in the 22% tax bracket, for example, would have to come up with $2,200 to pay the federal taxes owed on the amount. State income taxes might also apply.

You Can’t Pick and Choose

Another wrench in the strategy: You can’t select which dollars—after-tax or before-tax ones—to convert to your Roth IRA.

Staying with the $10,000 example, imagine that you had paid taxes on $2,000 of the $10,000 contributions. You might think that you could convert that $2,000 and exclude the amount from your taxable income. Then the $8,000 of before-tax money could continue to grow tax-deferred in the traditional IRA.

You may also say, “I have several IRAs. One of them has only after-tax money, while the others have deductible contributions. I’ll just convert the IRA with the after-tax amount, and then I won’t need to include the converted amount in my income.” You can convert whichever account you want, but that tax strategy won’t work, either. The IRS considers all of your traditional IRA assets as one pool in the calculation formula when you convert all or part of any of those IRAs to a Roth. This includes traditional regular, SEP, and SIMPLE IRAs. Each dollar converted will be proportionately divided between deductible and nondeductible contributions based on the total value of all of your traditional IRAs.﻿﻿﻿﻿﻿

What Should You Do?

Although calculating the formula for multiple non-Roth accounts with deductible and nondeductible contributions can be a nuisance, the process can save you tax dollars.

Keep good records of all your IRA contributions because your IRA custodian is not required to do so.

You must file IRS Form 8606 for each year you make nondeductible contributions or roll over after-tax amounts to your traditional IRA. Form 8606 must also be filed for any year that you have an after-tax balance in your non–Roth IRAs and you distribute or convert any amount from any of those IRAs.﻿﻿ This is the only way you’ll know exactly how much of your IRA balance consists of after-tax amounts.

The same information will also come in handy when you begin taking RMDs or any other distributions from your traditional, SEP, or SIMPLE IRA, as only part of your distributions will be taxable.﻿﻿ Before you convert to a Roth, calculate the tax liability. Make sure you have enough funds on hand to pay any taxes owed.

It’s better to pay the taxes from your non-retirement accounts; otherwise, you will need to include in your income for the year the amount that you withdraw to pay the taxes. This would mean that you may not only owe income taxes on the amount but also early distribution penalties if you are younger than 59½ when the withdrawal occurs.﻿﻿

Converting a traditional IRA to a Roth IRA can be a good move but if your traditional IRA contains both before-tax and after-tax amounts, special tax rules apply. Avoiding taxes on some IRA assets may be impossible. Best to check with a tax expert if you have questions.

Survey Shows Europeans Think Crypto Will Last a Decade, but Are...

Why It’s So Dang Hard to Value Biotech Deals

Goldman Sachs Fails to Break Out After Mixed Earnings