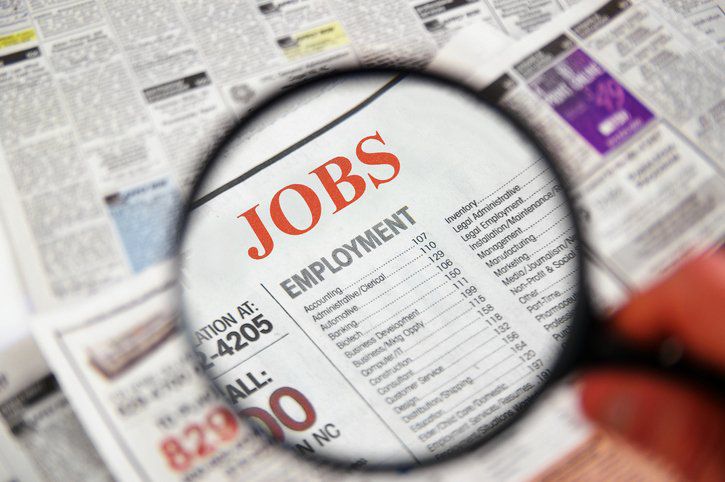 Thanks to the COVID-19 epidemic, low unemployment has become a thing of the very recent past. The unemployment rate peaked at around 10% following the 2008–09 financial crisis.﻿﻿ It then began a slow but steady recovery that reached a low of 3.5% in February 2020.﻿﻿ Then, in a matter of merely three weeks (the last ending April 4), 16.6 million Americans were forced to file for unemployment due to the shelter-at-home orders to avoid viral infection that in effect closed down the American economy.﻿﻿ By the end of April, 20.5 million Americans had lost their jobs and the unemployment rate had soared to 14.7%, according to the Bureau of Labor Statistics.﻿﻿

It may take considerable time for the economy to recover and jobs to return. Should the U.S. again experience the halcyon days of a 3.5% rate, that would seem to be a good thing. Then why were some pundits only recently asking what may seem like an illogical question: Is the unemployment rate too low?

The unemployment rate is defined as the percentage of workers who are unemployed and actively looking for a job. Why would 3.5% be too low? Is it really a detriment to the economy when most people who want them have jobs?

A Question of Productivity

The labor market will reach a point where each additional job added does not create enough productivity to cover its cost, making every successive job after that point inefficient. This is the output gap, often called the “slack” in the labor market. In an ideal world, an economy has no slack, meaning the economy is at full capacity and there is no output gap. In economics, slack is calculated by U6 minus U3, where U6 is the total unemployment, hidden unemployment, and part-time workers seeking full-time work, and U3 is simply total unemployment.

The level at which unemployment equals positive output is highly debated. However, economists suggest that as the U.S. unemployment rate gets below 5%, the economy is very close to or at full capacity. So at 3.5% one could argue the level of unemployment is too low, and the U.S. economy is becoming inefficient.

Wage inflation is a particular problem for small-cap firms, which often lack the margins to cope with it.

Rising wages can often be beneficial. However, across certain industries, wage inflation above the natural pace of inflation is a bad thing. Sectors such as industrials and consumer discretionary struggle with wage inflation, and small-cap firms don’t have the margins to cope with rising wages. “In addition to profitability, small caps generate less revenue per employee and conduct a larger share of their business in the U.S.,” said Ben Snider and the portfolio strategy team at Goldman Sachs in a 2017 note to a MarketWatch.com reporter. They estimated that a 100 bp acceleration in labor cost inflation would pose a 2% headwind to Russell 2000 EPS, roughly doubling the 1% impact they estimated for the S&P 500.﻿﻿

Wage inflation comes about by increasing demand for labor as the unemployment rate is falling. With fewer people available to work, employers are forced to increase wages to attract and hold on to talent. A knock-on effect from rising wages is that some small firms have to dip into the less talented work pool, reducing productivity.

When the Federal Reserve adjusts monetary policy in an attempt to reach the sweet spot of full capacity, it is faced with both economic and social problems. Accelerating wage inflation from very low unemployment may dent profits, but what can be done about it? The reality is: not much. You can’t deny people the opportunity to look for work.

3 Retirement Expenses You Can’t Forget to Plan For

Why United Airlines has got into a flap over a peacock

MBS Day Ahead: Keeping an Eye on Corrective Trend as Auction...

The Art of Selling a Losing Position

How Does the Dividend Discount Method (DDM) Work?