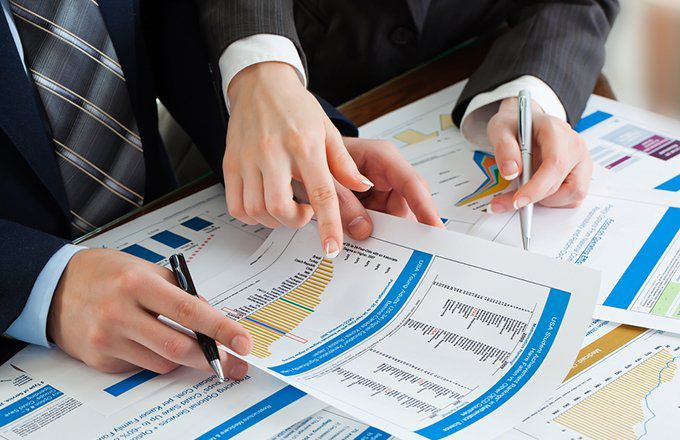 Research has shown that value stocks offer greater upside potential over the long term with less volatility than growth stocks. History also shows that small- to mid-cap stocks tend to outperform large-cap stocks over the long term, but with greater volatility. Depending on your risk profile, your core holding allocation could be large enough to temper the higher volatility of the satellite funds, while the broader exposure to different stock market segments tends to smooth out returns.

With more than $69 billion in assets as of May 2020, the Vanguard Value Index Fund Admiral Shares Fund is one of the largest and one of the more successful value funds on the market. The fund, which is considered to be a core holding, employs a long-term buy-and-hold approach investing in stocks that make up the CRSP U.S. Large-Cap Value Index.

As of May 13, 2020, the fund is currently invested in 330 stocks that the fund managers consider to be undervalued and out of favor with investors. The fund targets several sectors, including financial, technology, health care, and oil and gas, with Intel Corp., Johnson & Johnson, and Berkshire Hathaway Inc. among its top holdings. The fund has returned 9.55% over the last 10 years and 5.82% over the last five years. The fund has low turnover, which helps to keep its expense ratio of 0.05% among the lowest in its category.

Because it is an Admiral Shares fund, the minimum investment in the fund is $3,000. It is available as an ETF as well and trades under the ticker VTV. The ETF has an expense ratio of 0.04%.

The Vanguard Selected Value Fund is an actively managed fund that targets undervalued companies in the mid-cap range, which makes it an ideal satellite holding for a portfolio. As of May 2020, the fund had invested its $4.7 billion of assets in 130 stocks, which can include up to 11.5% in non-U.S. companies. The financial services and industrial sectors are highly represented among their holdings because they tend to have large numbers of companies that are considered to be undervalued or out of favor.

As an actively managed fund, Vanguard outsources its management to three subadvisors that handle different aspects of the fund’s management. Overall, the fund’s managers employ a long-term buy-and-hold approach, willing to give underperforming companies time to turn things around. The strategy can pay off for patient investors who have seen an average annual return of 6.59% over the last 10 years, however with a return of -0.44% over the last five years. For an actively managed fund, its expense ratio is considered low at 0.33%.

This fund also requires a minimum investment of $3,000.

To round out the core/satellite value investing strategy, the Vanguard Small-Cap Value Index Fund captures the small-cap range of stocks offering even greater upside potential. The fund has more than $21.6 billion in assets spread across 85e holdings consisting of small-, mid- and micro-cap stocks as of May 13, 2020.

Among its top holdings are Leidos Holdings Inc., Molina Healthcare Inc., and Essential Utilities Inc. The fund’s objective is to mirror the Center for Research in Security Prices Small-Cap Value Index, which it has done consistently since its inception in 1998. It has returned 6.83% over the last 10 years and 0.63% over the last five years. Its expense ratio of 0.07% is considered to be extremely low.

The fund requires the same $3,000 minimum deposit but is available as an ETF, trading under the ticker VBR.

Moving Averages Suck (And Other Thoughts to Kick Off The Week)

9 Scams To Watch Out For This Holiday Season

Mortgage Volumes Among Best of Year

7 Energy Stocks That May Face Pullbacks

How to Protect Your Retirement From Lawsuits