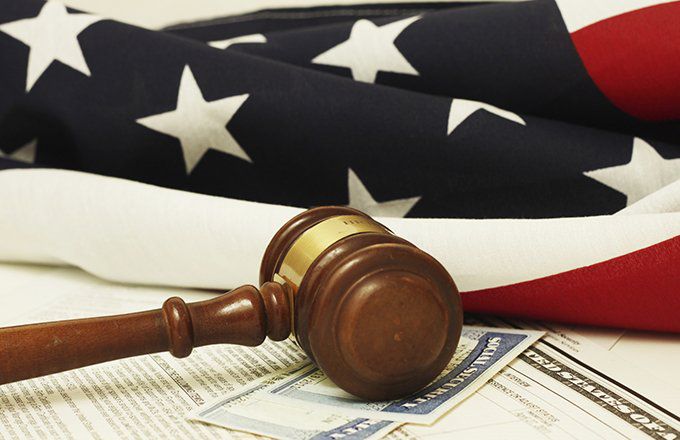 Ramping up deportations. Securing funds for a longer border wall. Separating families who cross illegally. Suspending the entry of most new immigrants because of COVID-19.﻿﻿

The Trump administration has used just about every tool at its disposal to reduce the number of undocumented immigrants in the United States—a group that totaled roughly 10.5 million people in 2017, according to the latest available data from the Pew Research Center.﻿﻿ While the president has cited an array of reasons for this approach, from human trafficking concerns to abstract population caps—“our country is full,” he announced in April 2019—his argument has always been largely an economic one.

Indeed, President Trump has repeatedly driven home the idea, in both direct and subtle ways, that the job market is essentially a zero-sum game—Honduran and Mexican immigrants who cross onto U.S. soil ultimately take jobs away from U.S. citizens and suppress their pay. “We are proposing an immigration plan that puts the jobs, wages, and safety of American workers first,” Trump said on May 16, 2019, at a White House event announcing a new visa program that would limit Latino recipients.﻿﻿

Immigration Reform and the 2020 Election

The thinking of President Trump and his supporters sets up one of the biggest ideological battlefronts of the 2020 presidential election. The former Democratic hopefuls aren’t exactly monolithic in their approach to immigration, but collectively they ran as far away from Trump’s policies as they could.

Senators Elizabeth Warren, Bernie Sanders, Kamala Harris, and Cory Booker, for example, all advocated downgrading illegal border crossings to a civil offense. And in one of the starkest indications of how far the party has shifted in recent years, all 10 participants in the second Democratic debate in June 2019 said they’d extend healthcare coverage to undocumented immigrants.

Even the presumptive nominee, Joe Biden, who served as vice president when close to 3 million undocumented immigrants were deported, is quick to play up their positive contributions to society.

So who’s right and who’s wrong when it comes to undocumented workers and the economy? We’ll look beyond the heated rhetoric and explain what researchers from both sides of the political spectrum have to say.

Impact on the Job Market

Trump’s hard line on undocumented immigrants has always been wrapped in the assumption that they’ll take jobs from American citizens. On the surface, this seems like a pretty logical conclusion for a cohort that represents nearly 11 million people. But immigration advocates say this argument ignores the dynamic nature of the job market.

First, it’s important to recognize that immigrants aren’t just workers—they’re also consumers who buy goods and services. Some researchers believe mass deportation would therefore shrink overall economic output. An analysis by New American Economy, a bipartisan research and advocacy organization focused on immigration policy, concludes that such a policy would result in a $1.6 trillion reduction in GDP.﻿﻿

What’s more, undocumented workers often take low-skill jobs in which American citizens have little interest, including those in labor-intensive fields such as agriculture and forestry. Another NAE report found that low-skilled immigrants are 18% percent more likely to take jobs that require unusual hours than their U.S.-born counterparts.﻿﻿

And because birthrates are dropping in the U.S.—the average American woman is having 1.7 children, according to The World Bank﻿﻿ —some experts say immigrants can help fill a hole in the labor market that will ultimately boost the economy.

“The future growth prospects of the U.S. economy are severely constrained by a lack of working-age population growth,” the non-partisan Committee for Economic Development of The Conference Board (CED) wrote in a 2018 policy brief. “Fewer workers means less output without increases in productivity so large as to be highly unlikely.”﻿﻿

Because roughly half the immigrants from Latin America are between the ages of 18 and 35, the United States doesn’t have to shoulder the cost of their schooling. Bringing in even 100,000 of these immigrants annually would represent an injection of human capital that would otherwise cost us $47 billion in education and childcare costs, says CED.﻿﻿

One of the claims you’ll often hear amnesty critics say is that allowing more workers to compete for American jobs will suppress wages for existing employees.

The basic rules of supply and demand would seem to support that claim. When the number of workers goes up, the amount companies have to pay presumably goes down. However, a number of studies have shown that the impact on wages among low-skilled workers is relatively modest—most put it at less than 1%. Researchers Gianmarco Ottaviano and Giovanni Peri actually found that in the long run, increased immigration has a very small positive impact, 0.6%, on the wages of native-born Americans.﻿﻿

But even if pay for these jobs were to decrease, that might not be the case in every field. Supporters of immigration reform say that the availability of more workers is a boon for businesses, which benefit from lower production costs.

This theoretically strengthens demand for high-skill jobs that don’t face as much competition from undocumented workers, such as managers and accountants. Therefore, reform could presumably boost wages, at least marginally, for jobs that require a college degree.

According to one analysis, the fiscal impacts of immigrants are generally positive at the federal level when projected over a future time horizon of 75 years.﻿﻿

Effect on the Treasury

One of the most contentious questions is what effect illegal immigration has on government coffers.

A path to citizenship for workers who are already in the country means many of them would contribute federal and state income taxes for the first time. But they would also have access to a range of benefits to which they’re currently locked out—education at public schools, Medicaid, food stamps, and the earned income tax credit.

In 2017, researchers Robert Rector and Jamie Bryan Hall of the right-leaning Heritage Foundation analyzed the Reforming American Immigration for Strong Employment (RAISE) Act, which would limit the number of visas given to low-skilled workers. They suggested that immigrants without a high school degree—the typical level from Latin America is a 10th grade education—receive, on average, $4 in government benefits for every $1 they contribute in taxes.﻿﻿

Rector and Hall conclude that the 4.7 million low-skilled immigrants estimated to enter the United States in the next decade would be a net drag on the Treasury of $1.9 trillion.﻿﻿

But a 2016 report by the National Academies of Sciences, Engineering, and Medicine paints a very different picture. Using data from 1994-2013, the authors agree that first-generation immigrants cost the government more on a per-capita basis than citizens born in the U.S., based on their lower earning power.﻿﻿

However, the NAS found that that their children are actually less of a drag on the federal and local budgets than their peers. That’s because second-generation immigrants exhibited “slightly higher educational achievement, as well as their higher wages and salaries.” As a result, they pay more in taxes.﻿﻿

There’s also some evidence that immigrants help bolster Social Security, where the entrance of Baby Boomers into retirement is putting big pressure on the program. Back in 2013, Chief Actuary Stephen Goss of the Social Security Administration and other researchers estimated that roughly 1.8 million immigrants used a Social Security card that did not match their name to gain employment in 2010. The result: These individuals tend to pay far more into the system than they pull out in benefits. At the time, Goss asserted that undocumented residents kicked $13 billion into Social Security through payroll taxes, but only gained $1 billion in benefit payments.﻿﻿

President Trump has energized his Republican base with his get-tough approach to immigration, arguing that unlawful residents are an unmitigated drain on the American economy. However, those who cross into the U.S. without documentation also lower costs for their employers and represent a sizable consumer group. Indeed, some research indicates they actually create more job opportunities than they take.

While some studies have shown that illegal immigration suppresses wages in low-skill segments of the workforce, the effect over time, if any, appears to be minimal. And while first-generation immigrants may cost the government more than native-born workers because of their lower incomes, many pay far more into Social Security than they receive. They also add younger workers to the nation’s aging labor force. Labor mobility has economic effects in a variety of directions.

The caveat in all of these assertions is that it is impossible to know what kind of long-term impact the coronavirus pandemic that began in 2020 will have on the economy, the job market, and immigration.

Demand for cash remains solid in many parts of the world

Biggest Heists in Bitcoin History and How They Were Pulled Off

A Penalty-Free Way to Get 529 Money Back